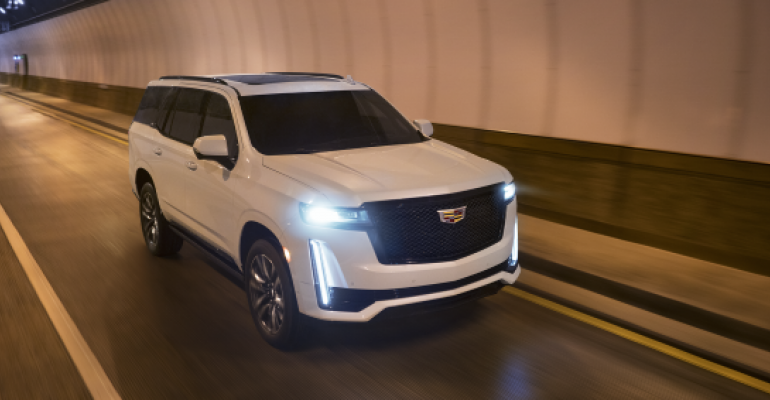 Cadillac Escalade is one of the brand’s best sellers.
Dealers

How effective and customer-helpful are the sales processes of startup electric-vehicle luxury brands compared with those of traditional premium brands?

Not so good, according to a mystery-shopping survey by automotive consultancy Pied Piper.

Its annual Prospect Satisfaction Index this year focuses exclusively on luxury brands, including EV makers such as Tesla and new kids on the electric avenue: Lucid and Rivian, which interact with customers primarily online. Pied Piper calls them “New Way.”

In the firm’s polling of 25 brands, Cadillac ranks highest in how effectively premium brands and their dealers helped both online and in-person vehicle shoppers. Infiniti and Mercedes-Benz rank second and third, respectively, followed by Acura, Volvo and Lexus. (See full chart listing below.)

Digital auto retailing has come a long way. It particularly gained traction during the COVID pandemic. But it is not at a point where it can completely replace in-store shopping, Pied Piper CEO Fran O’Hagan (pictured, below left) tells Wards. 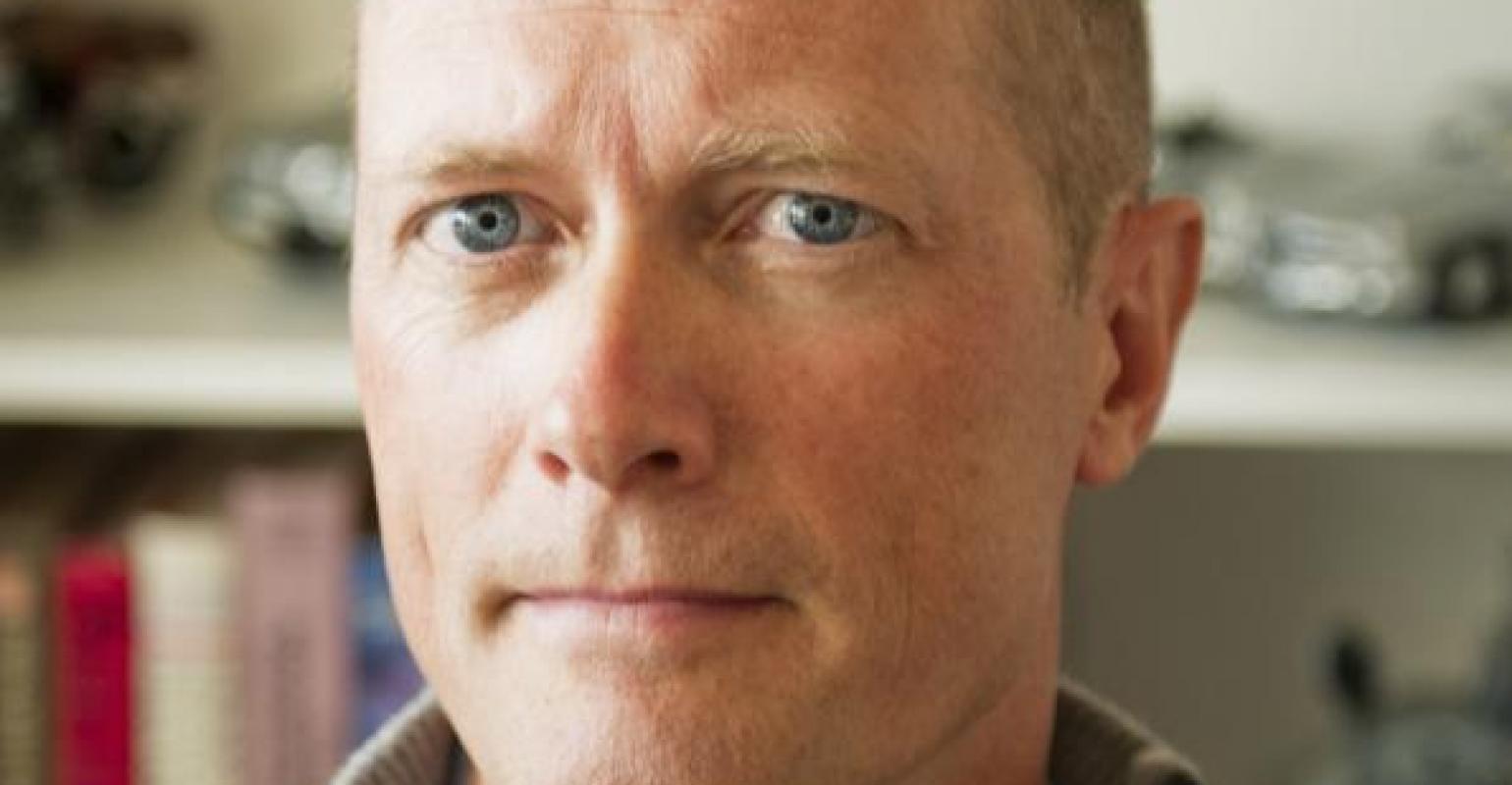 Accordingly, that puts automakers such as Rivan, which has no physical stores, and Lucid, which only has a few, at a disadvantage because of their reliance on online retailing, he says.

O’Hagan adds: “Nearly all customers today start their car shopping online. But most shoppers also still prefer to experience and evaluate a vehicle in person, if given the opportunity.

“Some shoppers know exactly what they want, but most still have questions or want to experience a test drive. Brands most helpful to both types of shoppers are the ones most likely to appeal long-term to all customers.”

It’s one thing to build a vehicle; it’s another to sell it. To do the latter well requires knowledgeable representatives, whether online or in person.

“We visited all the Lucid locations, and I personally visited the one in San Jose, CA,” O’Hagan says. “The salesperson knew something about the product but could never sell a Mercedes-Benz or a Lexus.”

Why not? “The person had no experience connecting to a customer to sell a car.”

A Lucid executive previously told Wards that the main goal of its showroom personnel at this point is to “educate” customers.

O’Hagan isn’t buying that. “That’s kind of an arrogant statement,” he says. “Salespeople who are brilliant have customers who love them because they do everything they can. In doing so, they sell a lot of cars.”

Lucid, Rivian and Tesla handle most online customer interaction centrally rather than through individual retail locations. This factory-direct control means the brands structure the steps to be followed by employees, both online and in person, O’Hagan says.

He adds: “With an online focus and few retail locations, these new EV brands have a great opportunity to excel with phone, chat and email interactions with their customers, to compensate for the customer’s lack of an in-person experience.

“However, we have found that when their customers reach out for help or with questions, they are usually met with brand reps who answer only simple, scripted questions without being proactively helpful. It’s a missed opportunity that does not currently compensate for the missing retail experience.”

The Pied Piper survey measured responsiveness to website customer inquiries based upon 22 best-practice behaviors, such as how quickly a brand representative responded to customers’ online inquiries.

The measurement of in-store effectiveness was based on more than 50 best-practice behaviors. Those include:

The study found General Motors’ Cadillac dealership personnel excelled at building customer rapport. About 70% of Cadillac salespeople did that. The industry average is 64%,

“Building rapport is not that hard, but lazy people don’t do it,” O’Hagan says. “It’s saying something as simple as, ‘Hey, I see you are wearing a New York Yankee hat’ or ‘I like the pickup truck you pulled up in.’ Good salespeople do that before launching into a pitch.” 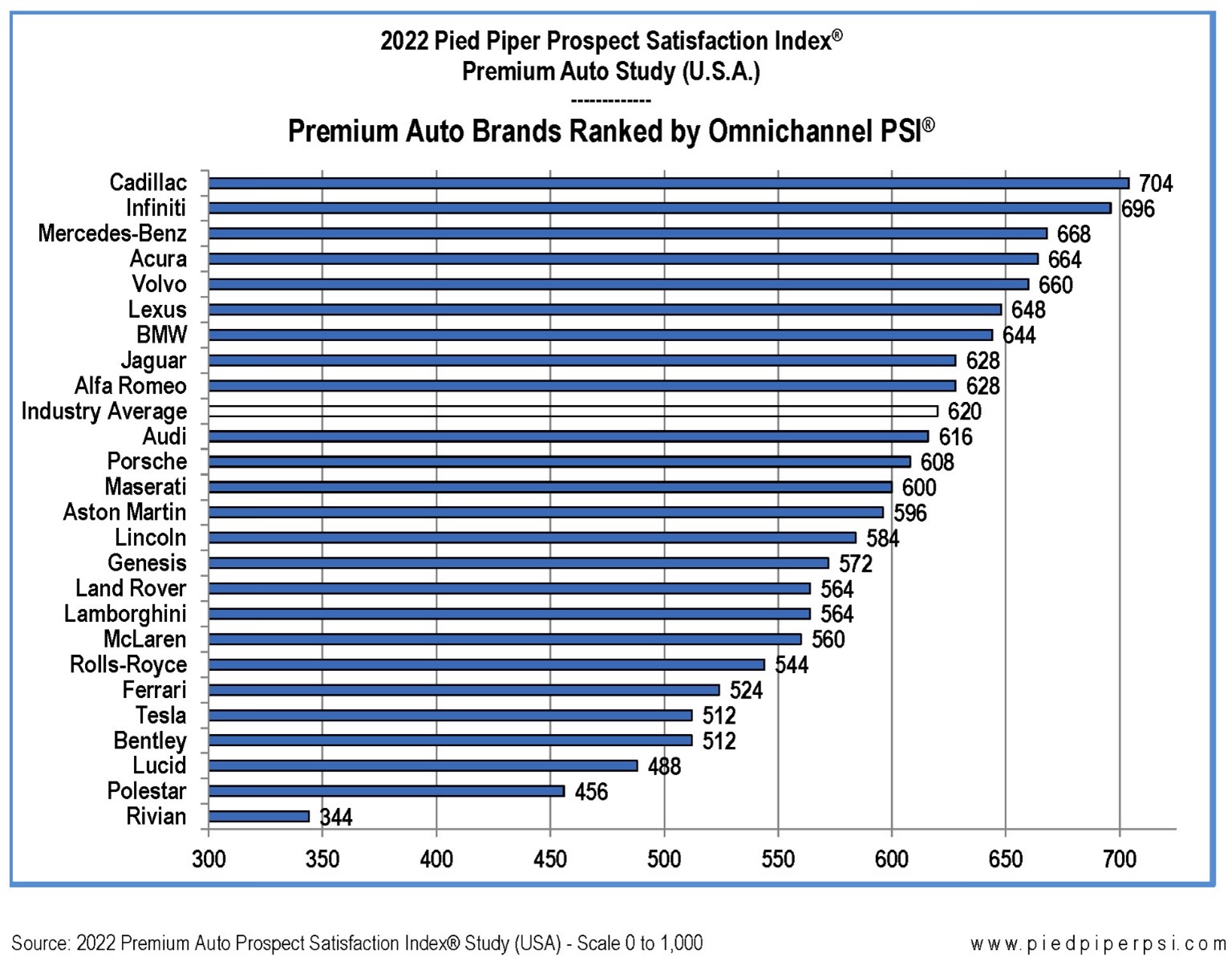