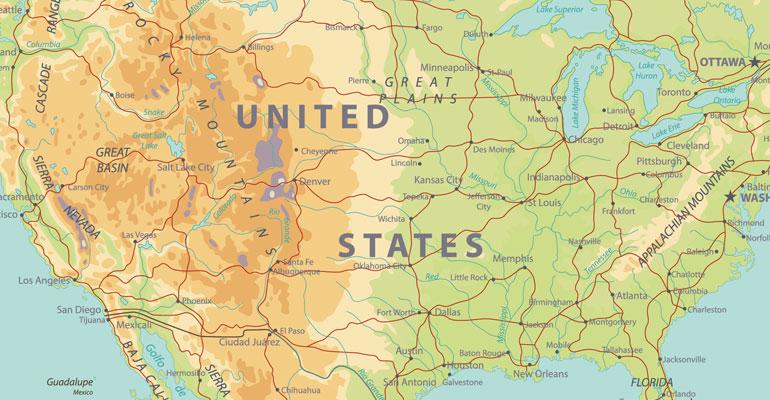 Best States to Open a Dealership

The ranking is based on yearly average sales, weekly employee earnings and initial costs associated with licensing and bonding.

What are the best states in which to open a car dealership this year?

I’ve compiled a list of six, based on yearly average sales, weekly employee earnings and initial costs associated with licensing and getting bonded as a car dealer.

Of course, there are also state-specific factors such as the general attitude towards business and the degree of regulation and control exercised by the state government.

Some information I’ve used comes from the National Automobile Dealers Assn. Its data report on dealerships is a good source of information regarding the industry-specific aspects of determining the best states. While it doesn’t tell the full story, the states listed below definitely stand out.

Oklahoma has long been one of the best states to be a dealer in. According to NADA’s report, there were $168,124,000 in sales on average per dealership in 2017, the highest in the country.

The report does point out that this number is somewhat inflated due to the high share of fleet registrations in the state.

Yet, according to a recent list of the best large cities to start a business, Oklahoma City ranks first among 180-plus other large U.S. cities. Moreover, average weekly earnings of dealership employees, and average payroll per dealership in millions in Oklahoma are both below the country average, meaning decreased costs for dealership owners.

Initial licensing fees vary, depending on the type of license. Franchise license applicants must pay $300 per franchise, used-car dealers have a $600 license, and franchised used-car dealers must pay a $200 license fee. Oklahoma also has a fairly low surety bond amount for car dealers: $25,000.

California has an average of $89,999,000 in yearly sales per dealership, second only to Oklahoma. Yet, total annual sales from all dealerships in the state account for close to $120 billion. That makes California the state with the highest total amount of sales which means there’s a larger chunk which a good dealership can have a part of.

Unfortunately for dealership owners, there’s also a downside to all this good news. Average annual dealership payroll in the U.S. is $3.89 million, whereas in California it is $6.01 million. License fees are around $600 for a dealer license, and the bond amount is $50,000.

Arizona follows closely behind California in terms of annual average sales per dealership. Last year, dealers in Arizona made on average $89,703,000. Arizona dealership employees make just about what the average such employee makes in the U.S.: $1,133 in weekly earnings.

Arizona yearly payroll expenses are higher than the national average ($5.81 million). The surety bond amount for Arizona car dealers is higher than in most states ($100,000), though brokers, wholesale auction dealers and wholesale dealers need only post a $25,000 bond. On the upside, licensing fees are minimal –

Florida came in third in 2017 with $89,300,000 in average annual sales per dealership. This places it in the list of the 5 states that had average yearly sales above $80 million and close to $90 million.

Total vehicle sales in the state were around $77 billion last year, among the highest in the country.

Weekly earnings for dealership employees in Florida are close to the national average, and the dealer bond amount is relatively low ($25,000). Licensing fees are also at an average, at around $350 per dealer license.

If you open a dealership in Florida, make sure to offer plenty of imports. Floridians are known to prefer Toyotas and Hondas, instead of American car brands.

Fifth place is contested by the states of Nevada and Texas.

Texas has lower average annual sales $76,332,000 per dealership. Yet, the state also boasts $90 billion of total sales in the state – among the highest in the country. Note: There are roughly 10 times more people in Texas than in Nevada.

Both states have similar weekly average earnings by employees that are close to the national average of $1,113. Nevada has higher annual payroll costs than Texas and also requires a significantly higher surety bond amount – $100,000 in Nevada vs. $25,000 in Texas. Yet, licensing fees in Nevada are only around $160, while a single license in Texas costs around $800.

Ultimately, both of these states offer good business opportunities for dealers.

Are there any other states that should make it in this list? Let us know in the comments section.

Todd Bryant is president and founder of Bryant Surety Bonds.

Should Dealerships Be Allowed to Open on Sundays?
Aug 02, 2017