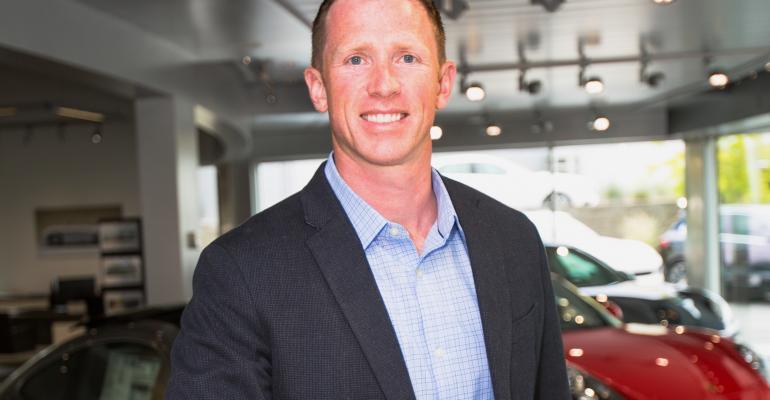 Murrin Photography
“Our 20,000-ft. view is that we want to be omni-channel,” says Jackson.
Dealers

Auto Dealership Group Ready for Customers on All Fronts

“We just want to make sure wherever the customer wants to be, that’s where we are.” says Gee Automotive President Jeff Jackson.

The customer wants three things from a dealership: trust, transparency, and timeliness. And that’s applicable both in person, over the phone and online.

So says Jeff Jackson, president of the Gee Automotive Group, based in Spokane, WA. It operates 28 franchises in its home base as well as Seattle and Portland, OR. Several Gee stores recently were purchased from the Ron Family of Dealerships, which was No.53 on the WardsAuto Megadealer 100.

Some customers want to visit the store right off the bat, some prefer phoning “and there’s a pretty significant share who wants to communicate online,” he says. “We’re not focused online to the detriment of any of those other areas. We just want to make sure wherever the customer wants to be, that’s where we are.”

Jackson says trust and transparency, whether on the showroom floor or online, can be achieved by developing positive word of mouth and accurate, up-front pricing and trade-in estimates. But the timeliness element means different things to different people.

“Fast for its own sake is not the answer, rather, it’s going at the speed of the customer,” he says. “We have customers who have a lot of questions.”

Those inquiries range from model selection to leasing vs. purchasing, he says. “We don’t want to rush anybody through the process, we just want to move as quickly as they want to move.”

Gee spends more than $8 million a year on advertising and 60% of that goes to digital channels. Ninety-five percent of all the advertising references the store websites. But Jackson has noticed a curious change in the way customers relate to the websites.

“Our organic Internet leads submitted through the computer have actually dropped because people are not afraid to pick up the phone,” he says. “In the last two-plus years we saw a 10% to 15% shift in total Internet leads coming from the phone. All these people are landing on the website. But we’ve found that, especially in major metro areas, time is such a precious commodity people don’t want to wait five or 10 minutes for an email response.” Instead, they pick up the phone to get their questions answered right away. “It’s getting harder to define what is an Internet lead,” Jackson says.

When Gee purchased Ron Tonkin stores in 2017, it also acquired Tonkin2U, formerly Central Sales, a concierge service that allows customers to shop, get a value on their trade-in, and finalize paperwork online.

“We really just become a concierge extension to the store, but we handle all of the desking and finance at our nerve center,” says Tonkin2U President Ben Odenborg.

“If a customer buys a Honda, they are buying it from Ron Tonkin Honda, but it is quite likely they will have never visited the store,” he says. “Our Tonkin2U specialists are located at the respective franchises and conduct business as usual when not focused on a Tonkin2U prospect.

“It’s plus-plus business,” adds Jackson. “Closing ratios are higher than our other closing ratios. The surprise was that a lot of the customers still prefer to come into the dealership vs doing everything remotely.

“You really need the ability to test things at different stores and recognize that a lot of times things don’t work. But when something does work, we’re able to cross pollinate that to the other locations.”