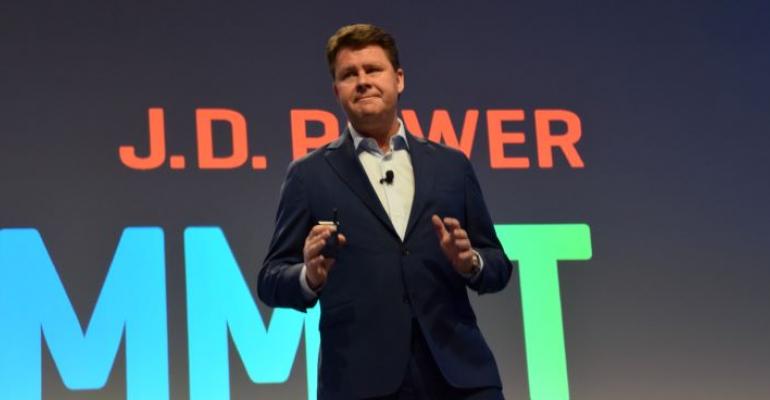 At the National Automobile Dealers Assn. convention in February, Volvo Cars USA CEO Anders Gustafsson said the automaker learned some lessons since it introduced its novel and evolving Care by Volvo vehicle subscription program in 2017.

As a result of the DMV report (stemming from California New Car Dealers Assn. complaints), Volvo terminated Care by Volvo 1.0 in California. It’s the only state where that’s happened.

Through Care by Volvo, a consumer can acquire a vehicle for two years by paying a monthly flat fee. That also covers insurance, maintenance, potential repairs and wear and tear.

Gustafsson, who’s from a dealer family in Sweden, said at the NADA convention that an early lesson involved the need to revise the original flat-fee insurance coverage because rates vary widely from state to state.

The CNCDA says its complaint centered on Volvo providing subscription vehicles directly to customers. Volvo rebuts that the plan does deals through dealers, not around them.

The association says a Volvo attorney told the California New Motor Vehicle Board, which among other things attempts to resolve dealer-manufacturer disputes, that the Chinese-owned Swedish automaker has stopped the 1.0 subscription program in California, and will work with the DMV to keep Care by Volvo 2.0 in line with the state's dealer franchise laws.

A Volvo Car USA spokesperson tells Wards in an email that the company respectfully disagrees with the state DMV’s conclusions, “but is pleased with the Board’s decision to conclude the petition process related to Care by Volvo 1.0, with no further action.

“This allows Volvo to focus on finding a path toward the successful launch of Care by Volvo 2.0 in California.”

The CNCDA says its main complaint was that the subscription program in effect aimed to get consumers to lease two models – the XC40 CUV and S60 sedan – directly from Volvo, instead of buying or leasing them from Volvo dealerships.

The association says the practice undercuts dealers on price when they lease or sell the same models.

“Our dealer members support innovation,” says CNCDA President Brian Maas. “At the same time, the DMV findings and Volvo’s recent termination of the (1.0) program further demonstrate that illegal behavior by manufacturers will not be tolerated.”

The Volvo spokesperson says: “Care by Volvo gives consumers the freedom to choose the way they access vehicles by allowing them to subscribe to a vehicle, in addition to traditional purchase and lease options.

“Care by Volvo 2.0 was created in partnership with Volvo retailers, and further expands consumer choice by allowing them to select a vehicle from retailer inventory.”