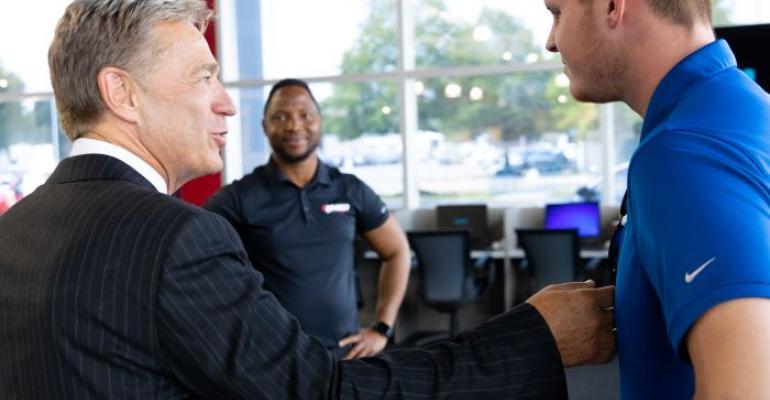 “What excites me today is that I get to be a teacher,” says Ricart (left) at Ricart Automotive.
Dealers

Rhett Ricart, CEO of a major car dealership group in Columbus, OH, says he’s shifted from serving as tactician to a mentor.

Rhett Ricart, the 2020 National Automobile Dealers Assn. chairman, is a second-generation dealer who is president and CEO of Ricart Automotive Group that annually sells about 14,000 new and used vehicles a year on a sprawling campus in Columbus, OH.

Rhett Ricart says he started out washing cars because it was his father’s philosophy that to lead, one first must work alongside employees. 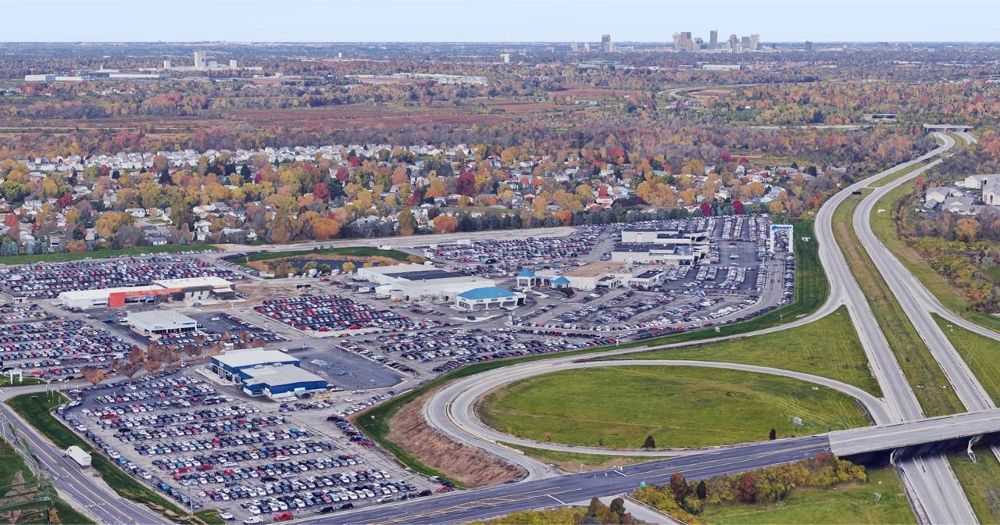 Rhett and his brother Fred assumed ownership of the group in 1982. Fred remains a managing partner. The brothers’ two sons are co-presidents of Ricart Automotive. (Ricart Automotive Group, pictured at left)

Wards interviews Rhett Ricart, who holds a marketing degree from Ohio State University, about his business and the impending NADA chairmanship. He assumes that post at the trade group’s annual convention in Las Vegas in February. Here is an edited version of the Q&A.

Wards: What are the biggest issues facing dealers these days?

Ricart: An important one is the increasing price of vehicles and the growing inability of our customers to afford a new car or truck.

Furthermore, we need to address dealers’ ability to manage increased pressure on new-car profitability and dealership size and cost structure.

Wards:  What are the biggest issues facing customers?

Ricart: The increasing price of vehicles and the growing unaffordability of a new car or truck.

There are issues that dealers need to continue addressing in anticipation of customer demands, including online purchases, paperless and digital transactions. I also see the issues related to data collection and privacy impacting dealerships in the coming year.

Wards: What’s on your agenda as 2020 NADA Chairman?

Ricart: NADA is a lean, mean machine, even more so now than it’s ever been. I want to leverage NADA’s resources to address and focus on the most important issues facing dealers today.

I want to offer dealers and their staffs additional NADA training and tools to help them stay ahead of the curve in light of the increasing complexity of operating an automobile dealership. 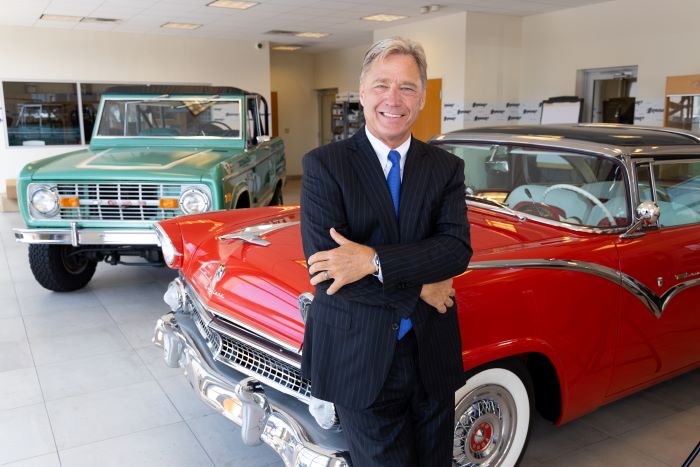 Wards: How are dealers adapting to slimmer margins in new- and used-vehicle sales?

Ricart: Dealers are shifting their business models to have a greater focus on fixed operations, which supports our ability to offer competitive pricing. (Ricart with vintage vehicles)

For many years, dealership business models have been founded on the sales of new and used vehicles. However, with increasing prices, consumers are holding onto their vehicles longer. That allows dealers to offer quality service with the expertise that only a new-car dealer can offer.

Wards: What opportunities do you see specific to used-car sales for franchised dealers?

Ricart: As newer vehicles become increasingly complex and technologically sophisticated, dealers have a tremendous opportunity in servicing these vehicles. The technical expertise on these newer vehicles requires a high level of training that has to come from the manufacturers, because there isn’t a one-size-fits-all approach to service.

The service technicians employed by dealers receive training direct from the manufacturer. And it’s the dealers who invest the time and resources to ensure that we can service vehicles. I see this driving more customers into dealership service departments.

Wards: Talk about the history of the Ricart Automotive Group.

Ricart: My father Paul founded the dealership in 1953 when he bought a small Ford dealership. He had two dealership locations before he built the site of current dealership in the 1960s.

When my father built the dealership in Columbus, he had the foresight to build it on a 32-acre (13-ha) tract of farmland.

Initially the dealership operated on only four (1.6 ha) to five acres (2 ha), but the additional space has allowed us to expand as our business needed. Expansion is an issue for many dealers as they do not have the footprint available to hold adequate inventory and grow their service departments.

In the 1980s, my brother and I joined the family business and grew it into the dealership it is today. 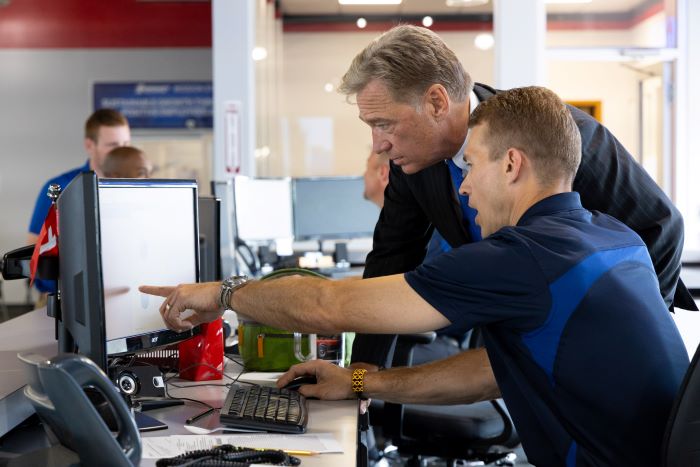 The early 1980s were a difficult time in the auto industry, specifically in light of high interest rates and the nature of the business.

In 1981, my brother, who is five years older, came to me with a proposition to enter the Ricart Automotive business full-time and turn it into a profitable and sustainable business for decades to come.

When I entered the business, I was lucky enough to have strong mentors from Ford, which at the time was our only franchise, who helped my brother and I develop our business and evolve it from the way that my father adopted, and that worked in the 1950s and 1960s.

In 1981, our dealership ranked 2,000 out of 3,000 Ford dealers; by 1986, we were the largest Ford retailer in the country. This was through innovation, extremely hard work, a great culture with great people, and the approachability of our leadership team from both the employee and customer perspective.

Now our kids are involved the business and we are teaching them to take over someday.

Wards: What is the highlight of your career?

Ricart: Back in the 1980s, the automotive retail industry was somewhat archaic, and what excited me at the time was finding better, more efficient, more customer-friendly ways of operating our business.

In the 1990s, I was excited by the acquisition of other businesses, which made our business complex and interesting to manage and grow. And then in the 2000s, I felt I hit my stride and really knew how to run auto dealerships, but I had to start thinking about the next generation.