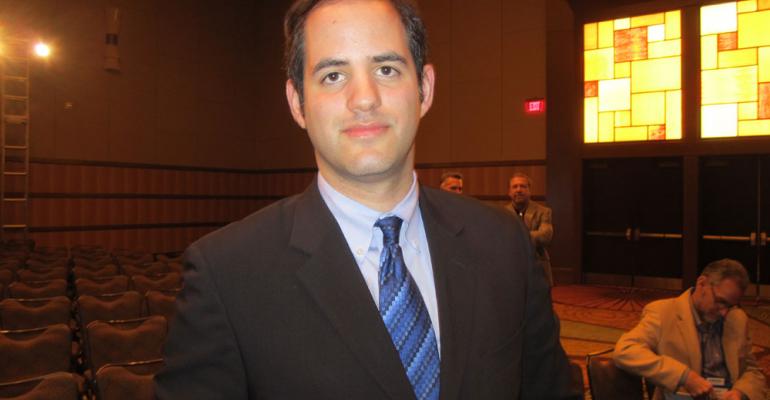 Why Stop at Buying One Car?

ORLANDO, FL – Now that many recession-hit U.S. families are returning to the auto market after a long time out, it would be great if they bought not just one car but two.

A full recovery from the economic downturn “relies on a lot of people buying that second car,” he says. “It reflects consumer confidence, not just the buying of a replacement vehicle.”

But he adds, “Let’s not goof it up. We’ll get there unless as an economy we do something stupid.”

Exler, Michaeli and others speak at a conference panel discussion entitled “The Auto Finance Landscape: Is This as Good as It Gets?”

It can get better and must in order to show hard times are past, Michaeli says. “A 15 million SAAR (seasonally adjusted annual rate) still is recessionary.”

He expects younger buyers are of a mind to take the lead in boosting vehicle sales. “We consistently see in surveys that 18 to 34 year olds say that when the economy gets better, their households will have multiple cars.”

That’s encouraging because “the industry desperately needs them to buy more cars,” Michaeli says. “That group struggled, but now it is showing the confidence to have more than one car.

“People buying two cars rather than one will get the industry back to 16 million (unit sales) again,” he says.

Positive economic indicators for the auto industry include the housing market rebounding and high unemployment levels abating. Auto delinquencies and repossessions are at the lowest level since 2006, says Patrice Altongy, a managing director at Citi.

“The subprime market is growing, with private-equity firms entering this space,” Altongy says. That is in marked contrast to 2008 and 2009 when subprime lending all but disappeared as financial markets collapsed.

Many consumers who had prime credit ratings saw those scores drop to non-prime and subprime during the recession because of reversals of fortune, such as job losses.

“As long as people who’ve recovered their credit ratings can get credit, there will be a strong subprime market,” Schwartz says, calling it a fragmented segment “but with a lot of players.”

“Going to 84 months on a loan is something we rarely do,” because the possibility of a loan default increases with longer loans, he says.

Exler points to “intense competition” among lenders. Some of them are lowering standards in order to get more business.

An electronic poll asks conference attendees if their lending institutions will alter standards “to capture more of this lucrative business.” Fifty-three percent say no; 16% say yes without qualification; and 31% say yes but stipulate they won’t delve deeply into subprime, meaning they will only go so low when it comes to credit scores.

The subprime mortgage market went into a free-fall five years ago because of irresponsible lending practices, leading to widespread defaults. But the auto-financing industry showed more discipline and incurred far fewer losses. That has enhanced the segment’s reputation in the financial community.