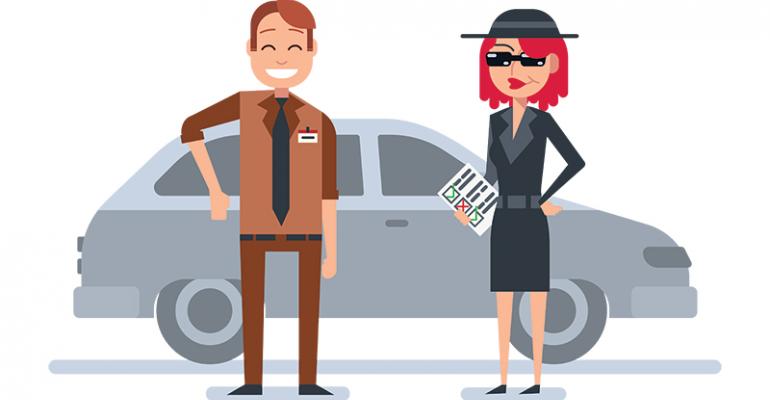 Pied Piper Management mystery shoppers set out to discover which dealerships by brand are most effective in showrooms. &nbsp;

Dealers themselves, not automakers, should establish those processes. And it shouldn’t be optional for staffers to follow them or not, he says.

For the second year, Nissan’s Infiniti brand dealerships ranked highest in the 2017 Pied Piper Prospect Satisfaction Index. It measures treatment of the mystery shoppers who visited 5,289 dealerships throughout the U.S.

Dealerships for Toyota’s Lexus brand were ranked second, and dealerships selling Mercedes-Benz were ranked third. (See chart below for all the rankings.)

Brands which improved the most from year to year were Tesla, Mitsubishi, Lincoln, Ram, Subaru and Chevrolet.

Performance varied substantially by brand for many sales steps.

For example, salespeople representing Lincoln, Hyundai, Infiniti, Lexus and Smart most often attempted to build rapport rather than just saying, “Can I help you?” (About 60% of the time.)

Although the Tesla retail network this year again ranked last (with a PSI score of 94), it went up eight points from 2016, the most improvement of any brand.

Tesla’s low PSI score was not caused by differences in sales process consistently followed by all Tesla locations nationally. Instead, the low score resulted from high variability in sales process behaviors from one dealership location to another.

In a WardsAuto interview, O’Hagan, among other things, talks about what goes into an effective sales process.

WardsAuto: Why are you so big on sales processes?

O’Hagan: Today, you can’t separate the impact of the Internet from the impact of what goes on when customers visit the dealership. The way people buy cars today compared to the early 1990s is dramatically different.

The number of in-person visits continues to drop. Salespeople used to say, “Oh, they’ll come back.” But that’s wrong today. They won’t. When you see a customer in person, this is your chance to interact with them, maybe your only chance. That’s a real change.

The fat point is that it’s more important than ever for dealers to own the sales process used at their dealership. It’s not up to the salespeople.

WardsAuto: What is the risk if the process is stringent and doesn’t account for salespeople’s individual skills and personalities?

There’s no reason any salesperson couldn’t focus on those things that took me 15 seconds to mention.

We work with the motorcycle industry as well as the car industry. In the auto industry, it is rare to find a salesperson who doesn’t know how to sell. To them, they’re in it as a job, a way to put food on the table.

The motorcycle sales guys are in it mainly because they like motorcycles. They’re in greater need of sales training. Car people already know how to sell, but sometimes they need to be reminded to eat their vegetables.

WardsAuto: What’s an example of building rapport? If you don’t say, “Can I help you?” what do you say?

O’Hagan: “I see you drove up in that Ford F-350 dually. That means you tow something, right?”

WardsAuto: OK, wonder if you didn’t see them pull up; you just saw them walk in?

O’Hagan: You could say, “This is the fifth day of 100-degree weather.”

WardsAuto: You talk about the weather?

WardsAuto: Because the customer does all that stuff online, does it mean the salesperson has to do less at the dealership?

O’Hagan: Two words sum up what salespeople need to do now and needed to do before: Be helpful. Smiling isn’t enough.

WardsAuto: You mentioned that salespeople should reach a point where they stop talking about a product and start talking about the customer owning it. Do you mean start pushing emotional buttons or actually figuring out how to do a deal in a practical, financial way?

WardsAuto: Would it also include telling the customer, “Imagine yourself going down the highway in this car.”

O’Hagan: That would be fine. Or: “Would it be more convenient for you to stop by and get this vehicle today, or would you rather we deliver it to your house?” It’s any number of things, but it goes back to stop talking about the product and start talking about them owning it, one way or the other.

WardsAuto: If customers are going to fewer dealerships today, and they’re at your dealership, it’s kind of your sale to lose. But again, is there a risk of salespersons thinking they just have to take the order and not do much else?

O’Hagan: Start with five things: build rapport; fact-find, such as asking “What brought you in here?”;  involve, such as doing test drive or walk-around; forward the sale; and get contact information to follow up.

WardsAuto: One would think an introvert salesperson would be a disaster, but you’re saying that’s not necessarily the case?

O’Hagan: I am saying that. It gets back to being helpful. 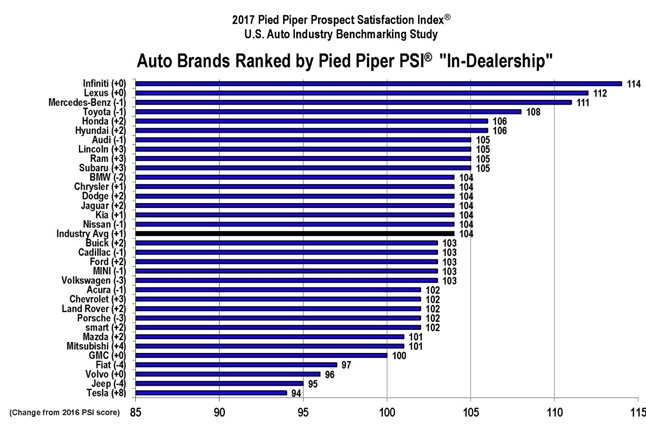