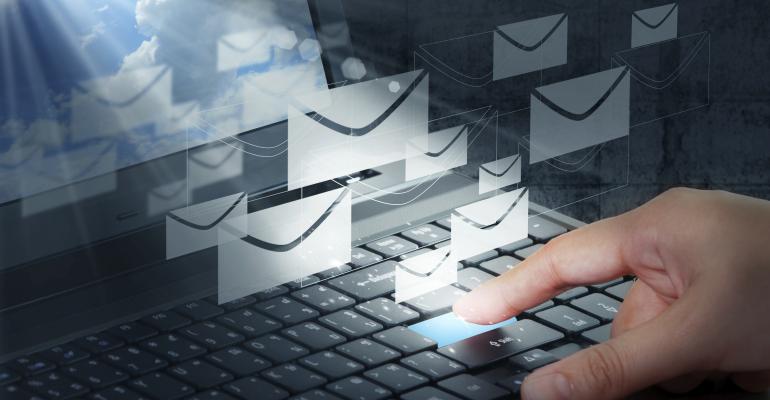 Developer Conversica says its artificial-intelligence software has helped boost sales in the showroom and now will seek to do the same for dealership service departments.

Tiffany is moving to the service department.

California-based software-service provider Conversica, which has made a splash with its artificial-intelligence-based virtual sales assistant, now is offering new-car dealers similar help for their back shops.

Conversica’s software tool, launched in 2007, helps dealerships respond to even off-hours internet leads and follow up to make sure new-vehicle shoppers get the information they’re seeking and that they connect with someone from the sales team.

Because the service uses AI to craft email responses, the communication with potential car buyers seems as if written by a human and comes signed by Tiffany or whatever name the dealership wants to assign to help personify the interaction.

Conversica CEO Alex Terry says the AI software service has allowed dealers to maximize sales-force and marketing efficiencies and close more deals. Now his company is turning attention to the fixed-operations side of the business.

With 50%-60% of a dealership’s gross profits typically coming from there, the opportunities to grow revenue and maximize earnings through automation are significant, he says.

“The hardest-working person in (the) dealership is the service manager,” Terry says. “And they don’t have the ability to proactively reach out and engage with folks the way we would like.”

That’s where the virtual assistant comes in. Conversica’s software automatically contacts customers via email to remind them their vehicle is due for its latest recommended checkup, notify owners of factory recalls or reschedule a missed appointment.

“We’ve got six to nine sets of conversations at this point to help increase (customer) engagement and ultimately the profitability of that service center,” Terry says, adding that, thanks to dealer input, “we’ve got a nice roadmap to additional capabilities (as well).”

The goal is to duplicate Conversica’s success on the sales side. Terry says the AI sales assistant improves throughput because it can deal with more Internet queries quickly, more consistently and in a more personalized way – and it works around the clock.

By the time those incoming leads are served up to the sales staff, the shopper already has taken his or her first big steps toward buying.

Conversica claims an engagement rate of 34% from its email interactions, substantially higher than the 5%-10% return considered good for a marketing campaign.

“And not only that, of those people who get into a conversation (via Conversica), 39% (agree) to a sales meeting,” Terry says. “That math is very powerful.

“That allows your salespeople to have more at-bats,” he adds. “Closing rates creep up.”

The software also provides dealers with a performance dashboard showing where the most productive third-party leads are coming from, as well as which salespeople are the most successful at turning those queries into purchases and which might benefit from additional training.

“What we see happening is dealerships using Conversica are now hiring more salespeople, and what they’ve got is a more-efficient sales funnel,” Terry says. “Salespeople are happier, (because) they’re making more commissions or the same (in) less time.”

New England-based Boch Automotive Dealerships reports sales at its Toyota dealership increased 60 per month after adding Conversica’s software service. Stivers Ford Lincoln of Montgomery, AL, says it saw a 37% increase in new-vehicle sales and 39% hike in used-vehicle sales after its virtual assistant, Eva, came onboard. Mercedes-Benz of Plano (TX) reports a 56% spike in email open and response rates and a 4%-7% jump in closing ratios.

Because Conversica’s software uses AI, it is constantly learning and refining its processes to better hit the mark with consumers, Terry says.

About 2% of the interactions at automobile dealerships get flagged due to lack of clarity and are reviewed by real people at Conversica. That interaction is factored back into the software so similar future communications no longer will require that human intervention.

“This is true machine learning,” Terry says. “We’ve done that with millions of messages. We take a huge amount of data and put it back in the algorithms, so we’re constantly leveraging the data we’re getting from real people.”

Conversica mystery-shopped websites of 538 companies across several industries last year to gauge how well they were handling inquiries. It found most are not dogged enough in pursuing internet sales leads.

About 68% gave up after two or fewer attempts to contact the shopper, despite research indicating the optimal communication attempts is between five and 11. Contacting a prospect three times instead of just once doubles the response rate, according to Conversica.

In car sales, up to 40% of transactions can occur 30-60 days after the initial inquiries, Terry says.

“Persistence does matter,” he says. “A big chunk of people…(take) longer than you would expect (to make a purchase). That plays to the great strength of AI, because we don’t get bored or distracted.”

Dealers now are looking to bring that persistence and personalization to the service side.

“Part of why we launched the service assistant was a direct set of requests from a number of our dealerships,” Terry says. “They told us, ‛We love what the sales assistant is doing to increase the efficiency of our marketing and sales teams. What else can AI do?’”

Terry says about 1,000 companies use Conversica’s AI sales assistant software service, about 800 of those auto dealerships. The list of dealers includes 70 of the top 100, he says.

The fledgling service assistant product is Conversica’s newest and operates at more than 50 dealers, the company says.

“We feel like we’re just scratching the surface,” Terry says.