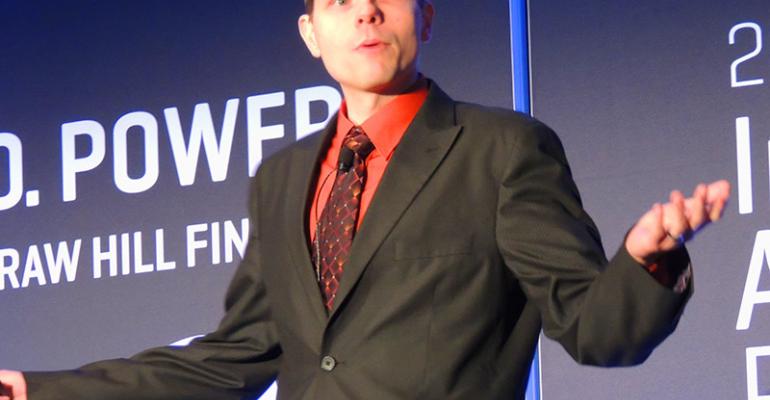 NEW ORLEANS –Rodger Olson spent 13 years as an automotive engineer before switching careers and becoming an executive at a 30-store dealership group.

“I’ve been there four years and it’s the best job I ever had,” says the chief operating officer of Victory Automotive Group, based in Michigan.

Engineers do their jobs in a head-down, straightforward way. Dealership people can differ from that. “They can be fickle and hard to predict,” Olson says, stressing the need for astute recruiting, training and career development.

He graduated from the General Motors Institute and later studied management at the University of Michigan. He has cultivated ties to U of M, helping to spearhead new auto-retailing management programs at the Ann Arbor campus.

“Victory moved its headquarters from Tennessee to Ann Arbor solely to be near U of M,” he says at a J.D. Power conference held here as a prelude to the National Automobile Dealers Assn. annual convention.

“Auto retailing has been sort of a dirty word by some,” Olson says. The university’s management program and other educational efforts aim to change that perception.

“Many U of M students never considered (a career in) the car industry,” Olson says. “We tell them, ‘This is a great career. There are opportunities to take care of people, interact with them and make lots of money. Students are open-mouthed when I tell them what’s available.”

Victory operates dealerships in seven states. It has appeared on the WardsAuto Megadealer 100 ranking. Owner Jeff Cappo began as a door-to-door salesman and then sold cars. In 1997, he bought his first dealership, East Tennessee Nissan. “It was the cheapest he could find,” Olson says.

Although a major dealership group selling about 30,000 new and used vehicles a year, Victory “is a conglomeration of mom and pop stores,” skewing towards import brands, he says.

He adds: “Many stores are not branded as Victory dealerships, They still have their local names, and largely operate independently. We keep the local flavor. What works in Michigan doesn’t necessarily play in Tennessee.”

Finding, hiring and keeping skilled employees are big challenges for any dealership. The Victory group is no exception. But it operates unconventional programs to find and foster talent, Olson says.

“We’ll establish satellite pre-owned lots, dirt lots, and pick a talented F&I manager or salesperson to run the lots that we primarily opened for them,” Olson says. “We train them there and then move them up.”

Victory has closed down three of those lots. It still operates six of them. “They are thriving and serving as feeders to the big stores.”

Another off-beat practice at Victory dealerships: “The general managers sit at the reception desk and greet every customer first,” Olsen says. “That’s unique. I haven’t seen that at any other store.”

Victory regularly organizes employee brainstorming sessions. “We take them out of the dealership environment and get them to talk,” Olson says. “They share best practices, discussing what works for them and what doesn’t.”

Critical to dealership success is “getting pay plans right,” he says.

Victory sought U of M assistance for that, too. A student program reviewed pay plans as well as other dealership operations.

“Job crafting is something else we learned from U of M,” Olson says. “It is finding the right job for the right person. Productivity dramatically improves when you do that.”