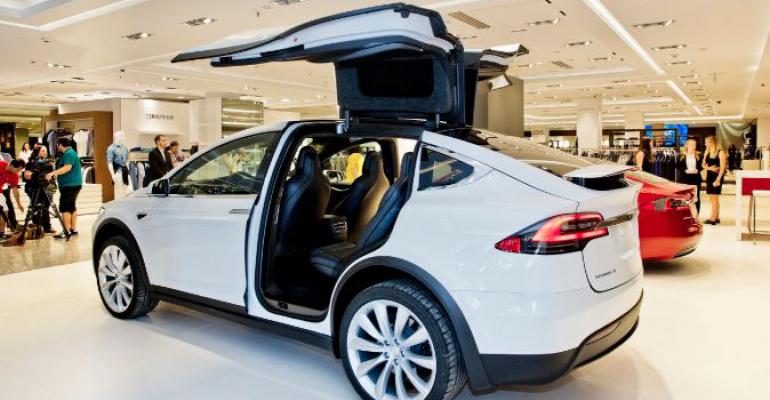 Tesla&rsquo;s pop-up stores in Puerto Banus and Barcelona are closing later this summer, but the automaker says permanent stores will be opened in Barcelona and Madrid during second-half 2017.

MADRID – For a limited time, Tesla is selling cars on Spain’s Mediterranean coast.

The U.S. electric-vehicle manufacturer has opened a pop-up, or temporary, store in the El Corte Ingles shopping mall in Puerto Banus where Model S cars and Model X SUVs will be sold until Aug. 31.

Tesla chose that location because it attracts more than 50,000 daily visitors every summer and is located in an area of high purchasing power. Puerto Banus is the first stop for the Tesla on Tour program being held in similar areas of Southern Europe such as Algarve, Portugal; Cannes, France; and Sardinia and Toscana, Italy.

Tesla has given assurances it wants to stay in the Spanish market, where it opened a store in Barcelona in December. That outlet initially seemed to be permanent but is to be closed this month.

When opening the Barcelona store, Tesla indicated another store was planned for Madrid, from where demand from Portugal would be managed. No more information about the Madrid store has been released, but the automaker says permanent stores will be opened in Barcelona and Madrid during second-half 2017.

EV demand in Spain is low and likely will not improve without government subsidies. According to ANIACAM, the Spanish association of auto importers, only 1,190 all-electric cars were registered during first-half 2017. That is a 40% improvement over the same period of 2016, but car sales in Spain totaled 670,979 in the period.

Tesla has only 120 recharging points in Spain, 16 of them in El Corte Ingles shopping malls. The automaker says it will sell semi-rapid home re-chargers for €500 ($570) in Spain, but it is not clear if the electric supply motorists have at home, particularly in tourist areas, can always support charging demands.