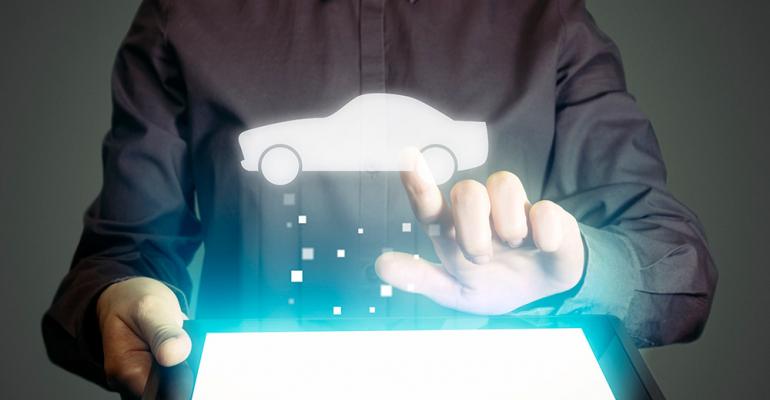 Autotrader.com is rolling out a revamped website with various enhancements including a function that allows users to start a deal online.

According to some popular opinion, car-shopping nirvana for consumers would be the ability to avoid going to the dealership.  Instead, they would click online to buy. Then a purchased vehicle would show up in their driveway.

But a new study indicates that’s not a real-world sentiment. The survey says most consumers want to go to the dealership and perceive the salespeople as valuable consultants. However, nearly 90% of shoppers want to begin the process online.

Eighty-three percent of survey respondents say they want to start their car-buying journey online and 89% say they want to finish it at the dealership, according to Cox’s Future of Digital Retail Study.

“It’s a two-step process, both steps involving digital,” Burgiss says. “By the way, it is more profitable for the dealer to streamline the process from negotiation to confirmation.”

Accordingly, online marketplace Autotrader is rolling out a revamped website with various enhancements and new features. Those include a function that allows users to start a deal online, including price negotiating.

That allows consumers to start “self-penciling” a deal, including looking at a particular vehicle’s starting price, obtaining trade-in values, reviewing their creditworthiness and learning about potential vehicle incentives.

They then can submit that deal to a dealer, going back and forth to reach a mutually beneficial agreement.

Burgiss says that feature addresses a car-buying pain point: It usually takes too long. “It takes about three hours, and a lot of that is negotiation,” he says. The online deal making aims to speed things up.

The personalization part is important because most modern consumers want and expect it, particularly young people, says Jessica Stafford, an Autotrader veteran who in December became the brand’s general manager.

“Millennials expect you to know them,” she says. “And they expect to shop online for cars much the same way they shop for shoes.”

Stafford recalls a previous Autotrader new-website launch of 14 years ago. “We were up in the middle of the night when we released it. It was the beginning of real digital advances.”

Technology Sure Helps, But Dealers Sell the Cars
Nov 28, 2017