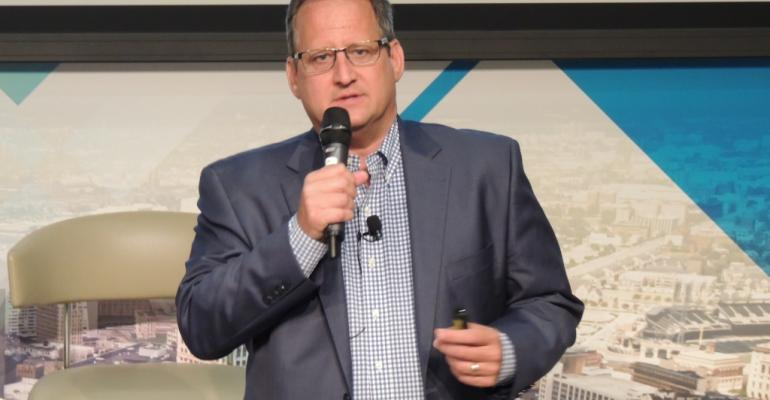 A Spearheader of Online Auto Auctions Disproves the Doubters

Doubters, including his dealer father, told Joe George it couldn&rsquo;t be done.&nbsp;

His father had proffered a pessimistic prediction as Joe George joined an early initiative to launch online auctions for auto auction house Manheim.

It wasn’t just his father. “If I had one dealer tell me, I had 200 tell me” the same thing, says George, a 27-year veteran of Cox Automotive and its brands, including Manheim, where he currently serves as senior vice president-vehicle solutions.

He proved those doubters wrong.

Manheim went on to launch online dealer auction channels, including Simulcast 15 years ago and OVE (Online Vehicle Exchange) 10 years ago. Since 2017, more than 11 million vehicles have been sold on those two channels.

The skeptics’ original concern was the possibility that what bidders saw and bought on the Internet would not end up looking like what they thought they’d be getting.

Manheim overcame that by offering detailed vehicle condition reports, full-disclosure imagery and a process that allows dissatisfied buyers to return their purchases.

Of the company’s current auction action, 68% is at its 127 physical locations and 32% is online. Manheim’s digital transactions rose 20% year-over-year. George doubts it will hit 100%. “I don’t think pure digital will take over car sales, but digital will have a big impact.”

Reconditioning – getting vehicles in tip-top shape for the auction block – is an $800 million chunk of Manheim’s portfolio.

Dealers have different reconditioning strategies. A common one: get $1.05 to $1.10 back for every $1 put in. The most common reconditioning target: “road rash,” George says, describing scratches, dings and abrasions typically found around wheel wells and bumpers.

In addition to his dealer father, his grandfather was a Mercury dealer in Pennsylvania. George says he started in the business at age 10 washing cars.

He’s joking. But just to be clear, a Manheim public relations representative who hears him say that, tells a journalist afterward: “He’s modest; he’s not washing cars.”

Instead, he is responsible for wholesale and retail services, strategy and execution of various Manheim initiatives.

He’s a firm believer in the importance of auto dealers and the role they play. “I really believe dealers are essential.” Describing Manheim, George says, “We’re a big used-car factory.”