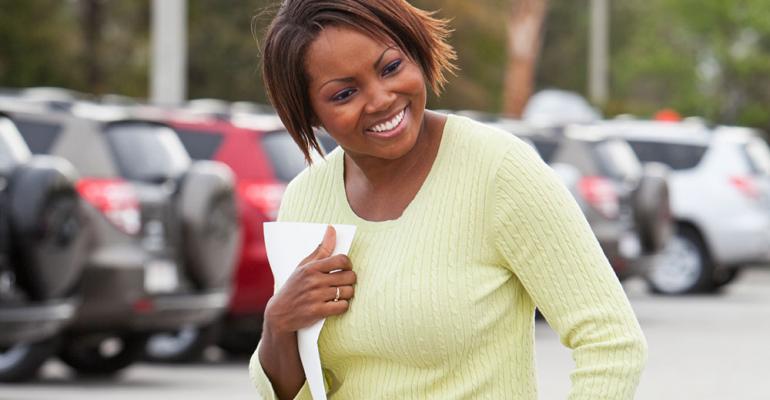 But a Sonic executive says the coming stores will break the mold of how used-car dealerships look and operate.

Architecturally, “the size and scope will be different,” says Marti Eulberg, director-brand management at Sonic, No.5 on the WardsAuto Megadealer 100. “You won’t see a bunch of inventory in front. They will be interactive places where people can do research and hang out.”

Sonic vows to gin up customer friendliness at the separate used-car outlets, she says at the 2014 Automotive Customer Centricity Summit here.

“We’re hiring people who love people,” she says. “Our mission is that every car has a happy owner. Customers will deal with one person, not multitudes. There will be no hand-offs.”

Salespeople will sit next to customers, not across from them. Shoppers will have access to store iPads, using them in the company of a salesperson or alone if they prefer.

“We’ll let people do it on their own terms,” Eulberg says, adding that today’s consumers want respect and transparency yet often find used-car buying intimidating.

In doing field research for the establishment of Sonic’s upcoming used-car network (which won’t carry the Sonic name), she visited large and small pre-owned dealerships nationwide.

“We wanted to understand it from a customer perspective, and I spent an entire summer being a customer,” says Eulberg whose past automotive posts include serving as Maserati North America CEO from 2008 to 2009.

“What an opportunity,” Eulberg says. “We said, ‘How do we go after that market?’” Her answer: By changing the retail environment, making it welcoming and putting customers at ease.

Although she says “there are no clear winners” in dealership used-car sales, Sonic has a fellow megadealer in its sights: CarMax, No.3 on the WardsAuto Megadealer 100.

Sonic plans to locate its first used-car store only a few miles from an existing CarMax store in Denver.

CarMax operates a few franchised stores that sold 7,855 new vehicles last year. But the 118-store chain mainly sells used cars and trucks: 447,728 of them last year, more than any other megadealer.

Despite CarMax’s strong pre-owned vehicle sales, they still only represent 2% of that market, Eulberg notes. “Think about it. The opportunity is there to grab customers just by treating them the way they want to be treated.”

A way to do that is by serving as their representative, she says. “Over and over, people ask, ‘Why can’t you be like a real-estate agent who does research for me and acts as my advocate, versus someone who’s strictly trying to sell me something?’”

Sonic is not alone among megadealers seeing opportunities in used-car operations that are separate from their franchised stores.

In May, Asbury Automotive announced plans to open two stand-alone used-car stores in Florida, with possibly more to come.

“We remain excited about the opportunities we see in the used-vehicle market and believe there is an opportunity now for us to take our demonstrated used-vehicle retailing talent, technology and processes and expand into a stand-alone used vehicle-retailing model,” Asbury CEO Craig Monaghan says in a statement.

Dealer interest in remarketing is understandable. They make more money from used cars than from new.

Public interest in used cars has heightened over the years, largely because vehicles of today last longer and offer greater reliability. Used cars of yesteryear often were prone to chronic break downs and assorted problems. Buying a pre-owned vehicle now involves less risk than before.

Executives in Pinstripes Replace Salesmen in Plaid
May 05, 2014