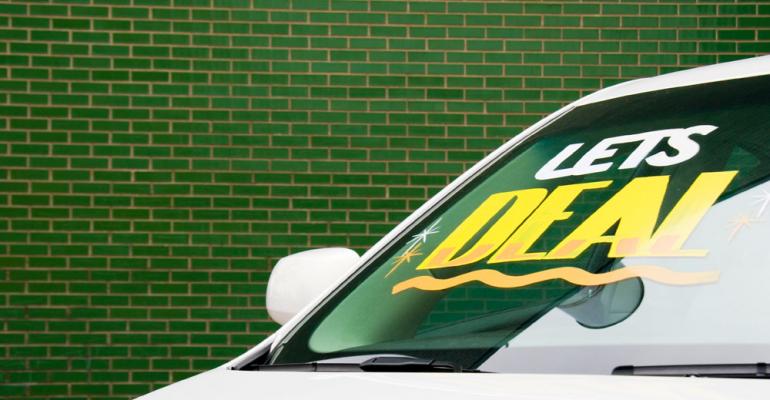 Perception may trump reality when values fluctuate based on used-car sources.

How much dealers are willing to pay for wholesale used cars often depends on the source.

Such price variations are puzzling, he says. “We’ve asked why. There are a lot of theories, but we haven’t come up with a good answer yet.”

It may be a case of perception trumping reality.

One theory for rental-fleet vehicles’ lower wholesale used-car prices is that they supposedly are “rougher” because so many people have driven them, Ibara says at a recent National Remarketing Conference.

He rejects that claim: “In fact, rental companies take better care of their cars than do people with lease cars. The multiple-driver theory doesn’t resonate with me.”

Besides, he says, although dealers know if they are purchasing an off-rental or off-lease vehicle, retail customers seldom know. Wholesale value disparities by source don’t have retail counterparts.

Another possibility for the price differences is that off-lease vehicles enter the pre-owned vehicle market throughout the year. In contrast, rental units “tend to come en masse” as firms such as Avis and Hertz turn their fleets, Ibara says.

For similar reasons, high sales volumes can drive down auction prices, he says. “When the volumes increase, the values drop.”

That’s true of inventories, too. “But it’s not a linear relationship,” Ibara says. “If you go up 10% in volume, you don’t see a 10% decline in values. On average, a doubling of inventory volume causes a value decline of 8% to 9%.”

For most dealers, trade-ins are the vehicle of choice for replenishing used-car-lot inventories, conference participants say.

“We make a concentrated effort to get trade-ins vs. going out and buying cars,” says Greg Johnson, director-new and used vehicles for the Larry H. Miller Group, a Sandy, UT-based dealership chain.

Quick turn of used-car inventory is a common goal of dealers, but policies vary on how long they will stick with an unsold vehicle before cutting the price, sending it to an auction or disposing of it at a loss.

“We’ll look at the car after 30 days,” he says. “Maybe we didn’t price it right. Maybe it’s turning off customers. After 45 days, we start to get nervous. If you haven’t sold in the first six weeks, there is an issue, so you have to re-price, recondition or whatever.”