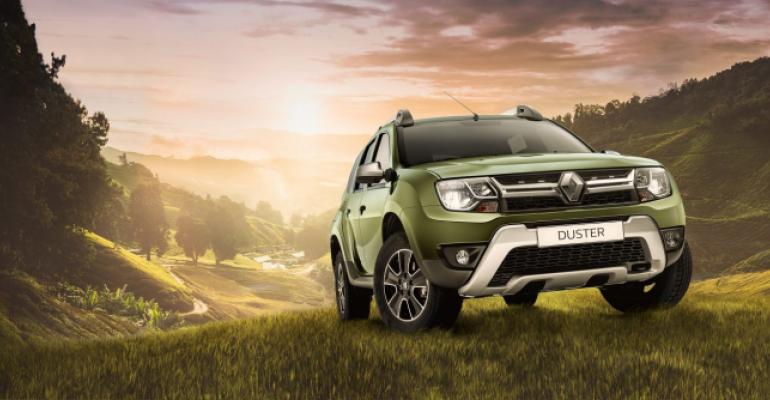 A Russian Ministry of Industry and Trade spokesman says the new rule governing distribution of 2017 subsidies is a response to a shortage of facilities where car owners can have their vehicles serviced. &nbsp;

ST. PETERSBURG – Local and global automakers will have to expand their dealer networks and service centers in Russia to qualify for a share of the RR60 billion ($1 billion) in subsidies allotted for 2017, the government says.

A spokesman for the Russian Ministry of Industry and Trade says the new rule is a response to a shortage of facilities where car owners can have their vehicles serviced. The agency says this has forced buyers to obtain service through intermediaries, leading to additional costs.

The lack of facilities is said to be most acute in Kaliningrad, Russia’s westernmost city, the Crimean Peninsula and the city of Sevastopol located on the peninsula.

In Crimea, annexed by Russia in 2014, most global automakers are operating through sub-dealers who charge inflated prices for services, the government alleges.

Since Crimea’s annexation, the foreign automakers have supplied cars to the region through dealers in the neighboring Krasnodar region and have not created official dealer networks to avoid economic sanctions imposed on the peninsula by Western countries.

Automakers including Lexus and Jaguar Land Rover have no presence whatsoever in Crimea. Foreign automakers that do not operate service centers in Crimea and certain other Russian regions, but still receive state subsidies, include Renault, Toyota and Ford.

Attorney Ruslan Bannikov says automakers’ failure to open more dealerships and service centers might lead not only to the loss of government subsidies but also could result in large fines and even the filing of criminal charges against top management.

Some automakers are criticizing the government’s new rule, saying it will be unprofitable for them to open dealerships and service centers in remote regions of Russia. They contend their existing networks of dealers and service centers are meeting local consumers’ demands.

The manufacturers also dispute the government’s claim that sub-dealers are charging excessively high prices, saying many car owners prefer to work with unaccredited competitors whose prices usually are significantly lower.