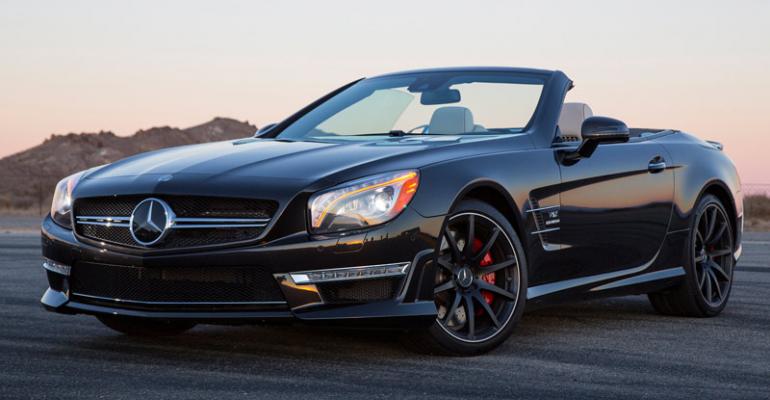 Reporter Notebook: Lord, Won’t You Buy Me a Mercedes-Benz?

WardsAuto writers pass along the buzz at this week&rsquo;s NADA convention in Orlando, FL.

How hard was it to get an auto loan after credit markets collapsed in 2008 and 2009?

AutoNation CEO Michael Jackson offers an exaggerated example of how bad it was. “I couldn’t get the Lord above financed,” he says. “And he had a 1,000 credit score.”

Praise the Lord, things have changed. “Today, we can offer the best financing available,” says Jackson, who ran Mercedes-Benz USA before joining AutoNation.

Now for Some Politics Please

Politics comes up intentionally at one point during the American Financial Services Assn.’s vehicle-finance conference held in conjunction with the National Automobile Dealers Assn. convention.

The conference features a session with observations from two political veterans, Ed Gillespie, who served as chairman of the Republican National Committee, and Terry McAuliffe, his Democratic Party counterpart.

Reflecting on Democrats gaining congressional seats and retaining the presidency, Gillespie says, “We spent a lot of time trying to get the number of the truck that hit us.”

He says the GOP underestimated turnout rates of young voters as well as African-American voters in Ohio, a key electoral state. He notes President George W. Bush was elected in 2004 with 44% of the Hispanic vote compared with Mitt Romney getting 27% last year.

“That’s pretty bad,” Gillespie says. “We have to do better.”

McAuliffe says Republicans hurt their cause by holding 19 debates in which GOP primary candidates swiped at each other a lot. He adds that once the GOP nominee was picked, Romney allowed the Democratic Party to define him.

His advice to today’s political leaders: “Realize that compromise is not a bad word, get the fringe out and have the middle working together. For the sake of the nation and the economy, we need both sides back working together.”

During a discussion about the increased use of mobile devices by car shoppers, Alabama dealer Forrest McConnell indicates his son might not be a constant part of that group.

It’s not that the younger McConnell is averse to the marvels of smartphones. It’s something else.

“My kid lost nine cell phones while he was in college,” says his father, the 2013 NADA vice president.