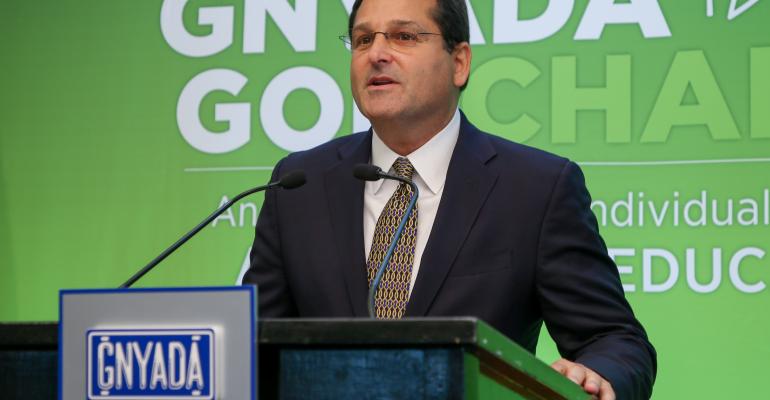 The Greater New York Automobile Dealers Assn. has been in the forefront of trying to ease the chronic shortage of qualified auto technicians.

The auto dealership industry faces a chronic shortage of qualified vehicle technicians, and dealers such as Lee Certilman tackle the problem in various ways.

Certilman is the new chairman of the Greater New York Automobile Dealers Assn. “In greater New York alone, dealers sustain a workforce of over 67,000 people,” he says.

A third of those jobs are in high-paying dealership service departments, the association says.

The trade group has been in the forefront of facilitating the training of auto technicians and other prospective dealership employees. Accordingly, it established the Automotive Education & Training Center in Queens.

The association says Certilman’s passion for dealership education and training made him the perfect candidate for the trade group’s education committee where he was a leader in developing training programs at the center.

“As a third-generation automobile dealer, my family and our dealerships have a long history on Long Island of creating jobs and contributing to the communities,” Certilman says. “Now I’m excited to take action on behalf of all our area auto retailers to show how important we are to a much wider audience.”

The technology and auto industries working together are “powering us forward into an exciting new world of transportation and communication,” he says. “This will bring enormous challenges but also incredible rewards.”

Certilman is a dedicated advocate for the role dealers play “in creating jobs and providing economic development to towns and villages across our area,” says GNYADA president Mark Schienberg.

Nardy Honda Smithtown is consistently ranked No.1 for consumer satisfaction in New York. Certilman attributes that to his commitment to staff training.

He is a graduate of Syracuse University and previously directed affiliate relations at ABC-TV before joining his family’s automobile retailing business in 1985.

The GNYADA represents over 400 franchised dealerships in the metro area of New York. Collectively, they inject $41.6 billion into the economy and generate $2.26 billion in tax revenue for the greater New York region, the association says.