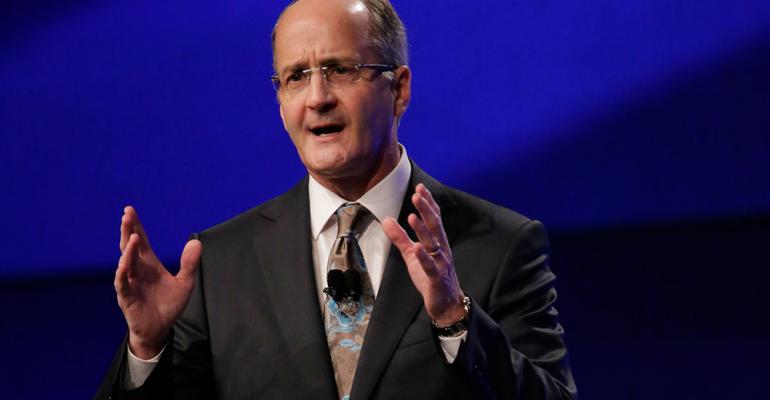 New NADA Chairman Gets A in Public Speaking

Forrest McConnell III is as animated as the videos that are interspersed throughout his inaugural speech.

NEW ORLEANS – The message is much the same as that from predecessors, but Forrest McConnell III stands out in delivering an inaugural speech as incoming National Automobile Dealers Assn. chairman.

His style is in contrast to the strained, robotic efforts of some past NADA chairmen who admittedly have not mastered the art of public speaking.

In a convention first, a generous use of videos on three jumbo screens helps punctuate the incoming chairman’s speech this year.

Interspersed throughout McConnell’s address are videos that include a skydiver, race-car driver, rock concert, runners and comments from megadealer Roger Penske.

“Using multimedia like that to engage the audience really was something,” a NADA spokesman says.

Although that’s innovative, McConnell’s speech hit the usual NADA themes centering on how the trade organization labors on behalf of its membership, fights unreasonable government regulators and tries to foster respect and understanding from automakers.

“There is a kick-ass team working for you in Washington,” McConnell tells a packed auditorium.