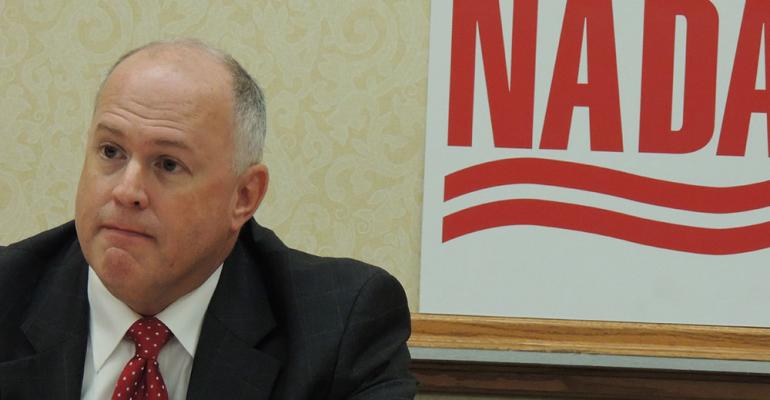 Dubbed the fair-credit compliance program, it calls for dealers establishing a pre-set amount of compensation for arranging indirect financing, then allows for downward adjustments depending on circumstances.

The program is intended to address concerns of the Consumer Financial Protection Bureau, a critic of an indirect-lending system that focuses on dealers typically adding a percentage point or two to a consumer loan as compensation for setting it up.

The bureau claims the practice has resulted in unintended discrimination in which minorities are charged higher rates.

The agency has conducted a study that it says confirms its claims of so-called disparate impact in auto financing. NADA disagrees with the findings. It criticizes the bureau for not specifying how it conducted the study.

“We remain in the dark as to the methodology, but we share the belief that there is no room for discrimination in financing or any other aspect of buying a car,” Andy Koblenz, NADA executive vice-president-legal and regulatory affairs, says at a press conference here as the organization prepares to kick off its annual convention.

NADA has distributed a template of the voluntary program to dealers and sent advanced copies to the CFPB and the Department of Justice.

Koblenz says he doesn’t know if those federal agencies find merit in the proposal. “You’ll have to ask them.”

At an earlier auto-finance conference held in conjunction with the NADA convention, Patrice Ficklin of the CFPB says the bureau supports flat fees or derivations thereof as an alternative to what she calls “dealer markups.”

Dealers should not have the discretion to set interest-rate levels for car loans, she says.

NADA’s fair-credit compliance program has been in the works for seven months and involved input from many dealers, Koblenz says.

Chris Stinebert, president and CEO of the American Financial Services Assn. says the NADA proposal is a step in the right direction.

"AFSA applauds NADA for taking a proactive approach to address fair lending concerns raised by regulators over the past year,” he says in a statement.