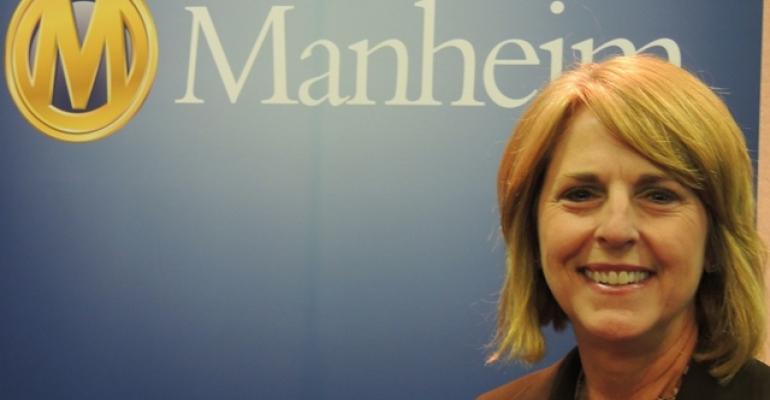 &ldquo;If this were easy, it would have been done by now,&rdquo; says Janet Barnard, president of Manheim&rsquo;s North American operations.

LAS VEGAS – Likely coming to the auto remarketing industry – maybe sooner than later and despite some obstacles – is a shared platform on which auction houses would unite to create one big cyber-tent.

Some reluctant auction companies aren’t thrilled at the idea of collaborating with competitors to stage joint Internet auctions.

But because such interconnectivity is wanted by most dealers who buy and sell wholesale vehicles, “this will come to fruition,” Janet Barnard, North American president of Manheim, a major auction network, says during a press conference at the National Automobile Dealers Assn. convention here.

Talks among auction houses to find common ground on the matter have been going on for a couple of years now. Some firms are more enthusiastic about it than others. That may slow things down but it’s not expected to kill the project.

Partners and would-be participants “have shifted in and out,” Barnard says when asked for an update on the initiative. “One partner now is back in. I remain firmly optimistic about this because our clients want it.”

“We’ve presented to the Department of Justice how this might work,” Barnard says.

Sellers like the idea of a cross-platform auction because it would increase the number of bidders, mainly dealers looking to restock their used-car lots.

Buyers would see a wider online selection of vehicles to bid on. But more bidders typically leads to more auction action and consequently higher bid prices.

Some auction firms worry their brand identities could get lost in the crowd.

The biggest impediment Barnard has seen?

“Lots of participants come at this from different perspectives,” she says. “There are anxieties, and yet opportunities. If this were easy, it would have been done by now.”