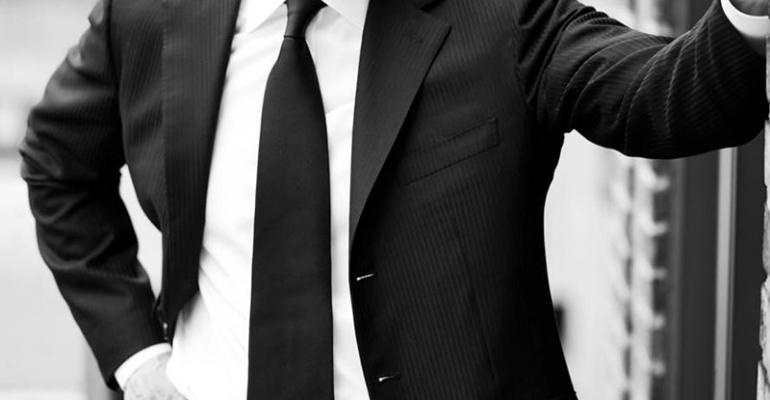 If It Is Broken, Fix It, Dealer Says

A dealership goes on a self-improvement program after facing up to some problems.

The most important part of your wristwatch is the part that’s not working, says Brian Benstock, telling how he led a team that repaired a dealership, Paragon Honda in Queens, NY.

Problems at the store included people not working as a team, even though individual departments had good players. Sales were great, but customer satisfaction wasn’t. In a Honda satisfaction evaluation, the store scored 75.4% compared with 88.7% for the region and 89.9% nationwide.

Paragon’s customer retention was 33%, higher than the district at 27% but lower that the national average at 40%. As the dealership’s general manager and vice president, Benstock says he originally looked at those percentages with resignation. “I said, ‘Well, we’re better than the district.’”

He acknowledges going through a period of denial before finally deciding to face reality and fix broken parts of the operation.

“There was repetitive justification for inexcusable performance,” he says in retrospect. “We had repeated bad behavior at the store.

“I’d make all the excuses in the world. People would criticize our service- department performance and I said, ‘Look at my sales.’ I was like the guy with a big belly and big (muscular) arms saying, ‘Look at my arms.’”

Paragon’s self-improvement program deemed customer treatment as a priority. The effort worked. The customer-satisfaction evaluation shot up to 94.1%, besting the national average by nearly two percentage points. “Now, customer satisfaction is through the roof,” Benstock says.

The accolades for that are great, but there’s something deeper. “Customer satisfaction helps you get customers back without paying a lot of money for it,” he says. “I had thought it was just about winning awards.”

Benstock has run marathons since 2006, so he realizes the importance of long-term efforts and stamina. Many of the strides in improved customer satisfaction stemmed from measuring individual performances and continuously improving business processes to meet customer needs.

“Nothing is good or bad until it is measured,” Benstock says at a recent Automotive Customer Centricity Summit in Los Angeles.

“Before, each department wanted the same thing, customer retention, but they were so separate,” Benstock says. “We had set up the dealership in the same way. The departments weren’t acting as a machine. They were fragmented.”

Statistics indicate customers who undergo a positive vehicle-purchase experience are likely to service their vehicles at the dealership. Likewise, high customer- satisfaction levels in the back shop increase the chances of people returning to the dealership to buy a new vehicle.

The reform movement led to store sales increasing from 1,300 to 5,000 units a year. The dealership is the No.3 Honda store in the U.S. for new-vehicle sales and No.1 for new and used sales combined.

“To me, a sale is a sale,” Benstock says. “I don’t care if a customer is buying a new, used or certified-preowned car. When we deposit a check at the bank, the teller doesn’t ask, ‘Is this check from new- or used-car sales?’ We’re No.1 because we don’t distinguish between the two.”

The dealership also is Honda’s No.1 for the number of extended-service agreements it sells.

Paragon Honda also got good at staying in touch with customers. Benstock cites a Google study that indicates effective marketing requires connecting with customers before they buy, when they are ready to buy and after the purchase.

“To me, that means connecting with them all the time,” he says, speaking of the need for pre-market, in-market and post-market customer contacts.

He emphasizes the importance of post-purchase communications. “Before, we would contact them after the sale, asking them to give us good satisfaction scores, but then we never contacted them again. They would go to Jiffy Lube for service, because we weren’t contacting them.”

That’s changed. The dealership regularly sends direct mailings to every customer in its database. It conducts email campaigns offering service specials such as an oil and filter change with a multipoint inspection for $19.95.

But the emails stop short of offering freebies. “I am not a big fan of giving away service,” Benstock says. “I want to make money on it.”

He points to a chart showing typical dealership customer contact dropping during the third year of car ownership. Yet, that’s the same period in which an owner usually spends more money on maintenance and repairs for an aging vehicle. It’s unwise not to keep in touch with customers at that time of vehicle ownership, he says

Paragon’s marketing is targeted and often combines sales and service messages. The population of greater New York is 15 million people. Within that is what Benstock calls the “perfect market” consisting of 610,000 potential car buyers. But even that is too many for a local dealership to try to reach, he says.

Realistically, he pegs the number of “perfect prospects” at about 55,000. “Those are people with the highest probability of buying from us. If 12% in that market need a car serviced every month, that’s 6,608 service opportunities. If 3% are in the market to purchase a vehicle, that’s 1,652 sales opportunities.

“If you have that, why go outside your market? We stopped chasing customers outside our market. Besides, they are not going to come back to you for service.”

The dealership and its companion Paragon Acura employ a relatively young staff. “Use Generation Y to reach Generation Y,” is Benstock’s motto.

Studies seem to bear that out. An AutoTrader survey of millennial consumers indicates nearly half of those polled say they rely heavily on dealership salespeople.

The study says, “They strongly prefer a salesperson close to their own age who adopts a consultative approach.”

The average age of Paragon’s team is 28, Benstock says, noting that many of them are Internet-savvy and use computer devices proficiently. “They were born with these things in their diapers. All we had to do was teach them the car business.”

Benstock joined Paragon Honda in 1982. When a Honda store became available in Manhattan in 2003, he tried to persuade his boss, Paul Singer, to buy it because of its location in New York’s premier borough.

“He told me ‘no’ without actually telling me ‘no,’” Benstock recalls. “He did it by figuring the price, the needed working capital, the fact that it would have to be an image facility. He figured it would require at least $20 million. He said, ‘At what level would you like to participate?’”

Looking back, Benstock surmises Singer instead wanted him to concentrate on making the Queens dealership a standout spot. That’s what it became. “It appears Mr. Singer was right, again.”

Megadealers Strong, Not Omnipotent
May 01, 2013