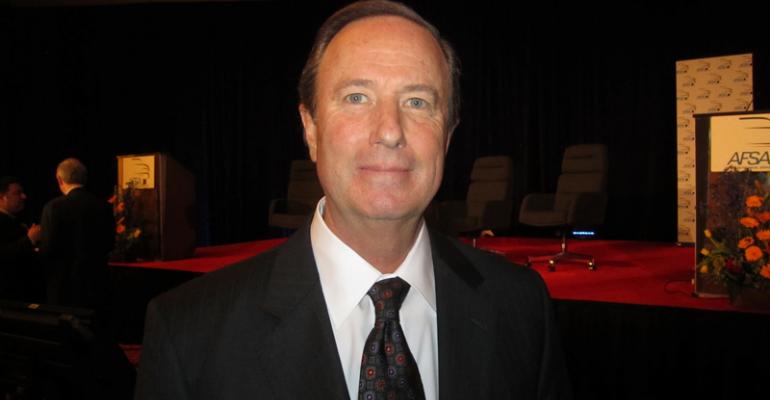 Dealers and their lenders worry they may become targets of increased government oversight. That fear largely stems from the creation of the federal Consumer Finance Protection Bureau.

ORLANDO, FL – Government regulations are palatable but not when served up in heaping portions.

“There’s a need for regulations, but there’s a limit, and we’ve passed that limit,” says Forrest McConnell III, NADA’s 2013 vice chairman who is a Honda and Acura dealer in Montgomery, AL.

Dealers and their lenders worry they may become targets of increased government oversight. That fear largely stems from the creation of the Consumer Finance Protection Bureau, a provision of the Dodd-Frank financial reform legislation enacted after the subprime mortgage debacle five years ago.

“We think vehicle financing is on the CFPB’s radar screen,” says John Noone, AFSA’s past president. “They are expected to increase enforcement.”

Many larger financial institutions already have “felt the wrath and impact” of office visits by federal examiners accompanied by their supervisors, says AFSA President Chris Stinebert.

“They are not sure what you are doing, but they are going to find out,” he tells conference attendees. “We don’t know where it will end up.”

A single director runs the CFPB. President Barack Obama named Richard Cordray to the post, but the appointment is caught up in political wrangling. Some congressional Republicans say a bipartisan commission, not an individual, should run the bureau.

Stinebert and others agree, saying a directorship confers too much power. But he emphasizes his association isn’t calling for the scuttling of all financial reform.

“This association does not want to roll back the protection made on behalf of our customers,” he says. “But this bureau will be around for decades. The potential for mischief will be there.”

Conference attendees claim the bureau not only was created with structural flaws but also saw its original temporary director, Elizabeth Warren, make irksome comments early on. Among them: “There’s a new sheriff in town.”

Warren won election as a U.S. senator from Massachusetts in November.

Warren also dug in too stubbornly in opposing alternative suggestions as to how the bureau should be set up, he says. “I’m from Austria, where ‘compromise’ is not a dirty word.”

Despite differences, the AFSA seeks to play a conciliatory role, Stinebert says.

“We want the help of the CFPB and NADA. If there are things we can do better, we want to know how. We should try to solve thorny issues, work together and come out better.”

He says the consumer-protection bureau seems particularly interested in issues involving indirect auto lending, in which dealers act as middlemen between their customers and lenders. Dealers usually charge a fee for their services, often in the form of percentage points added to a lender’s offered interest rate.

Consumer advocates claim dealers shouldn’t do that. Dealers say the model works to everyone’s advantage, and they often get customers better rates than if the buyers arranged their own financing.

Despite isolated cases of some dealers overcharging, “it is not widespread, and I think the FTC agrees with that,” he says.

Dealers typically add one to two percentage points to a car loan they’ve arranged. They say that covers work they do on behalf of lenders, including credit checks and completing loan applications as well as verifying income, employment and place of residence.

The FTC looked at 3 million dealer-assisted loan transactions and discovered the average dealer markup was 0.09%, Westcott says. “Talk of a 7% spread is wrong. Most are capped at 2%.”

NADA Vice Chairman McConnell adds: “The dealer-assisted finance model works. Customers are intelligent and we’re competitive. We match or beat rates all the time in giving the customer the most competitive terms.”