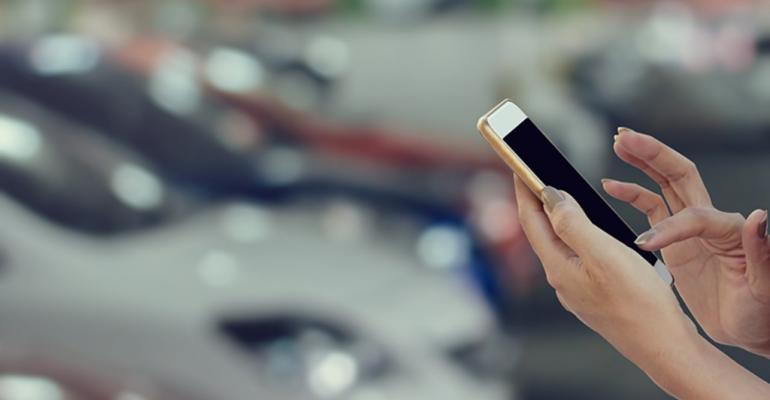 <p><strong>More than one million AutoGravity users have requested about $1 billion in financing. </strong></p>
Dealers

Getting Auto Loan Once Took Hours; Now It's Minutes

Millennials are the primary users of AutoGravity, an app that quickly provides vehicle loan offers.

The “ultimate test” of whether AutoGravity’s app is an easy way to shop for auto loans is if your mother-in-law readily can get through it, says Andy Hinrichs.

His did in 15 minutes, not a record but still pretty fast, says Hinrichs, founder and CEO of AutoGravity, a startup that is making a mark on automotive lending, an important element to vehicle selling.

Generally, it takes 10 minutes or less for a consumer using the app to land on a vehicle and get auto financing offers with monthly payments included, Hinrichs says. “It used to take hours.”

The company started in 2016 with “three people in an empty room,” he recalls.  Today, the Irvine, CA-based company employs 100 people, half of them engineers.

So far, more than 1 million AutoGravity users have requested about $1 billion in financing. Lending partners include major banks (US Bank is the latest to sign up) and automakers’ captive-financing units.

Mercedes-Benz Financial Services provided the original seed money. Hinrichs worked there in various executive capacities before starting off on his own.

In an interview with WardsAuto, he demonstrates step-by-step on his smartphone how consumers use AutoGravity’s app.

First, they select a vehicle, filtering down to photos showing trim levels and colors. AutoGravity’s proprietary data base shows them the closest franchised dealer with the vehicle of interest in stock.

Then they enter a preferred monthly payment for either buying or leasing the vehicle. They can specify if a trade-in is involved and use integrated Blackbook data to appraise their current vehicle’s value.

Next, they can scan a driver’s license bar code to enter vital information and use LinkedIn to provide employment information. After entering their social security number, they submit their credit application.

They quickly receive up to four finance offers after AutoGravity technology does “a soft pull” of their credit information, Hinrichs says. “The dealer can pick it up from there.”

Quoted loan terms include a reserve amount for dealers. “Dealers have skin in the game,” he says. “Dealers have an important role to play. They have the inventory. We don’t. Nor, frankly, do we want it. Neither do we want to play the role of a bank. We’re the glue for customers, lenders and dealers.”

If an applicant with credit problems but fails to get loan approval, “they get a polite decline and are referred to the dealership” for potential special financing, he says.

The firm has created a private-label version of the app for Fletcher Jones Motorcars, based in Newport Beach, CA, one of the largest-volume Mercedes dealerships in the U.S. It is No.2 on the 2017 WardsAuto Dealer 500.

Similarly, the captive-lending arms of Mercedes-Benz, Volkswagen, Hyundai and Kia offer apps that take on their own look, but are powered by AutoGravity.

The app’s “plumbing” is fairly complicated, Hinrichs says. “Our partners realized we can do it for them faster than they could do it themselves from scratch.”

AutoGravity regularly improves and expands its platform. In the works is a function that would allow automakers and lenders to use the app for digital marketing by offering such things as specials and real-time incentives.

Millennial car consumers, who “manage just about everything on their smartphones,” represent about half of AutoGravity’s users, he says. “The other half are shoppers of all ages, including people in their 80s and 90s.” Hinrichs foresees Generation Z, the next generation of car buyers, “to be like Millennials on steroids” when it comes to relying on computer devices to shop.

AutoGravity tracks users’ buying behavior, which can vary widely. Some people are looking at five different vehicles; others are on their third VW. Some are serious shoppers, some play around for months. “We’ve seen the extremes,” Hinrichs says.

He has worked about 20 years in automotive financing, where “I always had a knack for all things digital even before it became in vogue.”

He was born and raised in Germany. He came to the U.S. as a graduate business student at the University of Louisville. “From Germany to Kentucky was a full immersion,” he recalls. Married and the father of two, he now lives in Southern California.