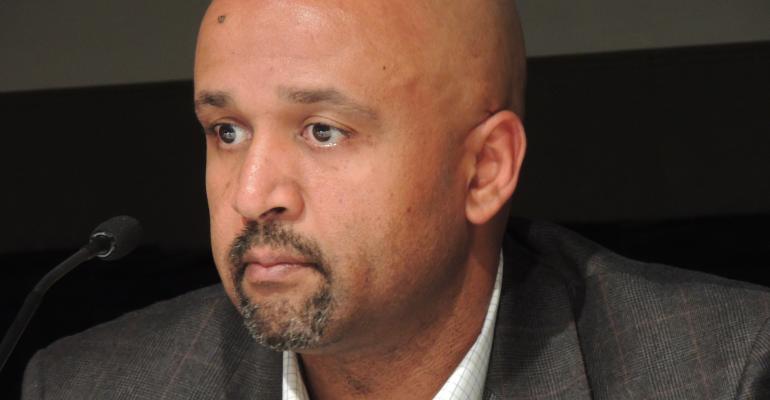 &ldquo;We&rsquo;re getting to 17 million, but at a cost,&rdquo; says NADA analyst Jonathan Banks.

SCOTTSDALE, AZ – It would behoove automakers to ease up on the sweet lease deals and generous incentives.

That’s advice of automotive analysts participating in a panel discussion at this year’s National Remarketing Conference.

Although they point to strong economic indicators that are contributing to vibrant auto sales on pace to top 17 million units this year, they also worry about incentivizing too much of the action.

“We’re getting to 17 million, but at a cost,” says Jonathan Banks, an analyst for the National Automobile Dealers Assn.

The average incentive – ranging from cash on the hood to subvented leasing to generous financing terms – averages $3,100 per vehicle, says A.J. Schoonover, Kelley Blue Book’s senior manager-vehicle valuations. “That’s 9% of the average transaction price, which is a little concerning.”

It’s not a code-red problem because the market demand is real, he says. It is in contrast to a largely artificial demand created by auto makers in years leading up to the recession of 2008-2009.

“The incentives are there, but the demand is there,” Schoonover says of today’s market. “We’ve seen really attractive leasing. It is definitely a piece of why people are getting new leases.”

He adds: “If I were to cite a problem, it is that lease subventions are too high. We’re talking $5,500. That’s not a problem if the vehicle is a BMW or Mercedes-Benz. But a (Ford) Fusion, (Chevrolet) Malibu or (Toyota) Camry? They’re spending a lot to get that lease to $199 a month.”

In some cases, leasing is “excessive,” Schoonover says.

Leasing peaked in 1999 with 3.7 million vehicle deliveries and bottomed out at 1.1 million in 2009. Since then, it has steadily climbed back. In 2014, it hit 3.5 million, 25.7% of vehicle deliveries, according to Manheim, an auction and remarketing-services company. Leasing is on pace to set a record this year.

Automakers of late have been more strategic in offering incentives compared with past practices that got them in trouble, says Anil Goyal, Black Book’s vice president-automotive valuation and analytics. “But you may see headlines about incentives being a concern.”

Yet, he expects outright vehicle purchases to increase at some point, saying, “You can only push leasing so far.”

“Historically, consumers become accustomed to incentives, and then there is the need to increase them,” he says. “The buyer says, ‘This is a good rebate company. I’m going to wait for a really good incentive.’”

Earlier this year, Tom Webb, Manheim’s chief economist, said he is less worried than others that captive lenders’ overly generous lease deals could get out of hand. “Subvented leasing is nowhere close to what was happening in 1999 and 2000,” he said. “If the industry had the same marketing practices now as it did then, I’d be worried. But I’m not worried.”

Also helping auto sales are low credit and Generation Y, ages 18 to 34, finally entering the market in significant numbers, Goyal says. “A few years ago, we were talking about Millennials not buying cars. Now, we’re talking about how their cars reflect their personalities.”

Conference panelists hesitate to talk about the possibility of higher gasoline prices and what effects that could exert on auto sales.

“The trouble with gas-price predictions is that they’re always wrong,” Banks says, who nevertheless offers something of a pump-price prediction for 2016. “We’re not looking at $4 per gallon but more than today.”

He tells an anecdote of how fuel prices shot up in Wilmington, DE, when Hurricane Katrina hit New Orleans, LA, more than 1,000 miles (1,600 km) away.

After the panel discussion Nana-Sinkam tells WardsAuto: “It just goes to show you that it’s sometimes hard to get in front of something when you don’t know what you are getting in front of.”