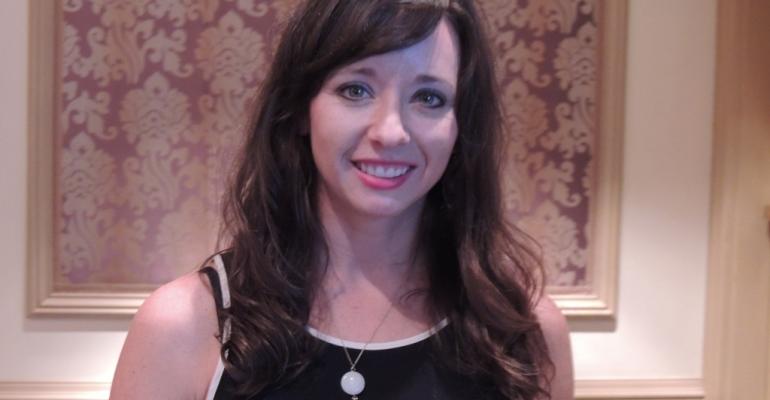 Former Teacher Wants Her Car Dealership to Get A+

Casey Jenkins left a job in education to return to her family business &ndash; where she still teaches in a way.

Casey Jenkins has a teaching background, and uses it in a way at her family’s Ford-Lincoln-Honda dealership, Jenkins & Wynne in Clarksville, TN, northeast of Nashville.

After graduating with a bachelor’s degree in education from Murray State University in 2003, she taught for a year. It wasn’t for her.

“I woke up one day and realized I wasn’t being called to education in a traditional sense,” she recalls. She talked about it with her father, Don Jenkins, a second-generation dealer.

“Try working a year in the car business,” he told her, suggesting she return to the dealership where she had worked earlier, starting at age 12, doing this and that.

So she went back. That was 12 years ago. She’s still there.

Her official job title is Internet director, but that covers a lot of ground at Jenkins & Wynne, from running online operations to creating a women-oriented informational website (WomenAtTheWheel) to improving the way the store fields phone calls. She has been hard at work on the latter initiative.

Jenkins describes herself as “a practical thinker.” She reads every returned customer survey and online review of the dealership, Tennessee’s largest Ford outlet and a business dating to 1949.

“I’m listening to the voice of the customer,” she says at a recent DrivingSales Executive Summit. “That’s a big deal.”

She uses the services of CallSource to monitor phone calls to and from the dealership for quality purposes. She was aghast when she first saw a CallSource assessment that basically gave Jenkins & Wynne poor grades in phone performance.

“I was sickened in some respects,” Jenkins says. “It made me realize we don’t have that part of the business right.” But looking at the positive side of the problem, she adds, “It was our biggest area of opportunity. We now do phone-skills training every month.”

Phone issues are not particularly uncommon at dealerships. Part the challenge is handing the sheer number of calls a typical dealership receives each day and getting callers connected to the right department or staffer.

“A lot of them were mishandled either from a poor process or a lack of training by people making and taking calls,” says Adam Kottler, CallSource’s director-advisory services. That’s troublesome because “a phone call often is a first impression,” he says.

Jenkins & Wynne gets four times as many phone calls as emails, “Why spend all that (marketing) money to get people to call you, if you aren’t handling the call right?” Jenkins says.

The category of “bobbled calls” at dealerships and other places of business covers customers getting angry when they’re caught up in a phone loop.

To prevent that, Jenkins & Wynne instituted a policy that employees shouldn’t transfer a call unless they know someone is at the other end to take it. Use of head-set communications helps there.

Frustrated customers who get lost in phone space often hang up. Jenkins gets ping notifications when that happens. “We’re able to call those people back.”

Her interest in education also is reflected in WomenAtTheWheel. Among other things, it offers consumer tips on buying and servicing vehicles.

A section of the website includes a video Jenkins did in memory of her brother, Blake Jenkins, a bipolar-disorder victim who died in 2013. In the video, she seeks to explain the illness as well as raise funds for research and greater public awareness. “Bipolar is not a single-person’s illness, it involves the entire family,” she says.

Of her early career decision to return to the family dealership, Jenkins says her father, Don Jenkins, went through something similar as a young man.

He had left the family business to pursue other interests, but returned after his father cajoled him back for a trial period. Like his daughter, he’s still there.

Women in Majority as Car Buyers, But Not as Dealership Employees
Sep 20, 2016