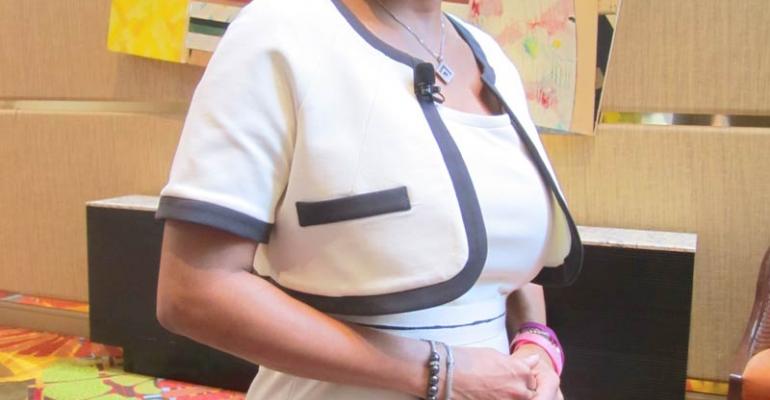 Ohio dealer Jenell Ross says she wants to recruit young and diverse dealers into the organization. She also plans to lobby in Washington against overregulation.

Her mission during her 1-year term as the trade group’s chairman is to “protect the interests” of international-brand dealers, she says at the AIADA’s 43rd annual meeting and luncheon held here during the National Automobile Dealers Assn. convention.

“Our brands, as never before, are American brands, and I’m going to tell that story,” she says, referring to the number of foreign auto makers with U.S. plants.

“Ten or 15 year ago, no one would believe the number of transplant auto plants there are today investing billions and building cars in the U.S,” she says.

She is the nation’s only second-generation African-American woman auto dealer. Her father, Robert Ross, founded the family business, starting with a Buick store in Richmond, IN, in 1974. His daughter became dealer principal of the 100-employee group after he died 16 years ago.

“Jenell is truly driven to achieve in all aspects of the business,” says AIADA President Cody Lusk. “She is like the Energizer Bunny.”

Ross says she wants to recruit young and diverse dealers into the AIADA. She also plans to lobby in Washington against overregulation and the current rate of the estate tax, which she contends threatens family-owned dealerships.

“We’re asking government to do better by us,” she says. “One fundamental truth of the car business is to never accept the status quo.”

Ross says she never thought she would become a dealer, even though she recalls, sitting on her father’s lap in his dealership office, traveling with her parents on dealer-related business trips and writing high-school papers on the auto industry.

She describes successful dealers as feeling passionate about the auto industry. “If you are in this business, you totally understand it. People who don’t understand it, think you’re a little nuts.”