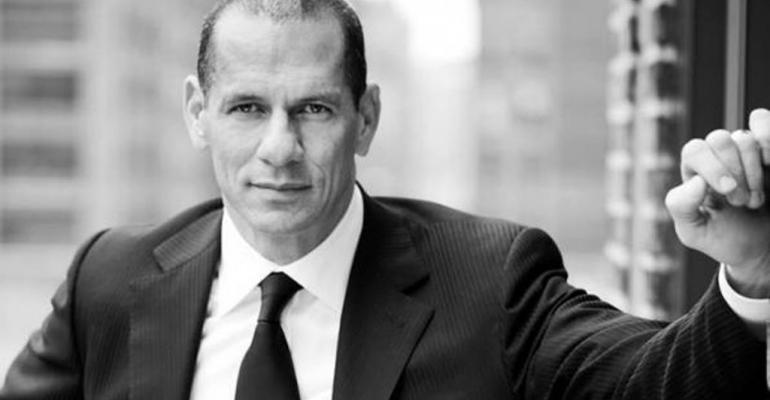 <p><strong>&ldquo;We had a darn good year last year, but there&rsquo;s so much more out there,&rdquo; Benstock says. </strong></p>
Dealers

In a WardsAuto Q&amp;A, Brian Benstock tells how he plans to use an Amazon-like approach to double his business.

The general manager and vice president of Paragon Honda and Acura in the Queens borough of New York City is spearheading an innovative system inspired by digital retail giant Amazon.

Considered an auto-retailing industry thought leader, Benstock delivers a keynote address at the 2017 Automotive CX Summit slated for June 20-21 in Marina del Rey, CA. He will discuss his plans to double his business in two years, despite a predicted ebbing of auto industry sales.

Benstock began selling Hondas in 1982 under the direction of his mentor, Paul Singer. He now is a partner in the Singer family dealership operation.

In a WardsAuto Q&A, Benstock talks about his big plans, management style and concern that Internet giants could put the squeeze on dealers.

WardsAuto: You say you plan to double sales in 24 months. How?

Benstock: I set the goal because we saw everyone predicting (a decline in vehicle sales). I wanted to have some counter noise internally. People are talking about a million fewer sales.

People want to know how that impacts them. I wanted my people to know the (lower) SAAR won’t impact them at all. There are going to be winners and losers. That’s not going to be determined by the SAAR, but by what we do in the store.

The goal to double business exists if we get away from the current business model and to one with less friction.

WardsAuto: What are the highlights of that model?

Benstock: Think Amazon Alexa, a bot. I can order coffee on Alexa, and know those boxes of Starbucks K-Cups will be in my office at 10:30 a.m. tomorrow. They come from six or seven different sources. Amazon doesn’t care what it takes to get that order to the customer. They get it here. That’s a perfect transaction.

The marketer in me wonders, “If we duplicate that, how many more transactions can we do?”

WardsAuto: That’s an interesting way of putting it.

Benstock: If we can make that paradigm shift in our business, those of us who embrace it will get more than our fair share. We had a darn good year last year, but there’s so much more out there.

What’s the typical instruction to the (business development center staff)? “Get ’em in, get ’em in.” What if we change that to, “Send it out, send it out”?

Customers don’t contact a BDC because they want to make an appointment or submit a lead. They want to buy a car. We need to have the mentality of saying to our customers, “Sure, I’ll get it to you right away.”

WardsAuto: How do you do that with vehicles being these multi-ton products?

Benstock: It’s easy! Our product has wheels! If we can’t bring something on wheels to someone, how dumb are we?

WardsAuto: So you are talking about taking the car to someone’s home?

Benstock: For a test drive or purchase, of course. The customer should never need to go your store for anything, whether it’s a new vehicle or car parts.

WardsAuto: How do you accomplish that logistically?

Benstock: I’ve got a team of 60 drivers. They are connected to an app product that’s very much like Uber. So if I am on my way to you, you know it. You can follow my trip so no one is wasting anyone’s time. We guarantee we’ll be there within 10 minutes of the time we state.

As we started considering this, I thought, “Well, we’ll charge a small delivery charge or an annual subscription fee.” But then I thought, “Let’s take a page out of Apple’s book.” Apple incorporates iTunes, a camera, a video camera, all sorts of things into the iPhone. They don’t charge extra for it. It makes the value proposition unmistakably great.

WardsAuto: How long have you been doing this vehicle delivery?

Benstock: We’re beta testing it now. We’re in month No.2. The feedback has been really great.

WardsAuto: Would you call this revolutionary?

Benstock: If we don’t do it, Silicon Valley will. There’s also no desking of a deal or haggling on price. I don’t know if I have the best price, but I have the best value.

Look at the 2015 Autotrader consumer survey. They interviewed 4,000 (car buyers). Of that, 17 said they were (completely) satisfied with the current buying process. Not 17%, 17 people. That tells us our business model is doomed. The second they can replace us, they will.

WardsAuto: Who is “they”?

Benstock: They can be the Teslas or the gang of four.

WardsAuto: Who’s the gang of four?

Benstock: Apple, Google, Facebook and Amazon. They have $1 trillion market cap, or thereabouts. To sustain growth, they need to take over industries. And our industry is prime fuel for them.

WardsAuto: A skeptic might say the Amazon approach isn’t applicable to selling cars.

Benstock: How naïve would that person be? The Amazon approach is going to take over education and medicine. In order to keep growing, they are going to take on dormant industries. Automobiles are just next in line. How they do it is unclear, but make no mistake, they are coming. So is Google.

WardsAuto: They seemingly would have a tough competitor in you, someone who understands the game.

Benstock: I’d like to think I could throw a rock and have an impact on those guys, but it wouldn’t leave much of a hole.

WardsAuto: How would you describe yourself as a manager?

Benstock: I’m not easy to work for. I have unrealistic expectations and deadlines.

WardsAuto: Are they met typically?

Benstock: The staff is doing a great job. Last year, we won all sorts of awards from the manufacturer. We sold 10,272 new and used Hondas last year. We’re the No.1 certified Honda dealer in the world. It’s the same picture with Acura.

WardsAuto: Usually, when a manager has unrealistic expectations, the staff gets frustrated. But it sounds like you are tempering that somewhat so people know you are trying to get the best out of them, not asking them to do the impossible.

Benstock: They get it. They get it. More importantly, they understand the need to transition into this new digital age. It’s not going to be easy. Not everyone is going to make it.

WardsAuto: How would you rate it on a 1 to 10 scale of difficulty?

Benstock: Pretty close to a 10. The big challenge will be to keep the existing model going as we transition to the future.

WardsAuto: How long will that transition take?

Benstock: About 18 months. By the way, you don’t tell the customers what they want, they tell you. So the transition will be at the speed the customer sets. That’s true of the transaction, too. Some people don’t want to be rushed, some don’t want to spend seven hours buying a car. You’ve got to have a flexible process.

WardsAuto: You seem to enjoy living in the dealership world. Do you think you would gain as much satisfaction if you were selling a product other than cars?

Benstock: I love automobiles. My wife cringes when we go to a party, people ask me what I do and I tell them I sell cars. My wife jumps in and says, “No, no, he’s a top Honda dealer.” I say, “Hey, I sell Hondas.

WardsAuto: That’s something to be proud of, especially if you sell 10,000 a year.

Benstock: I’m proud of it, and of Honda. It’s a great company with great products.