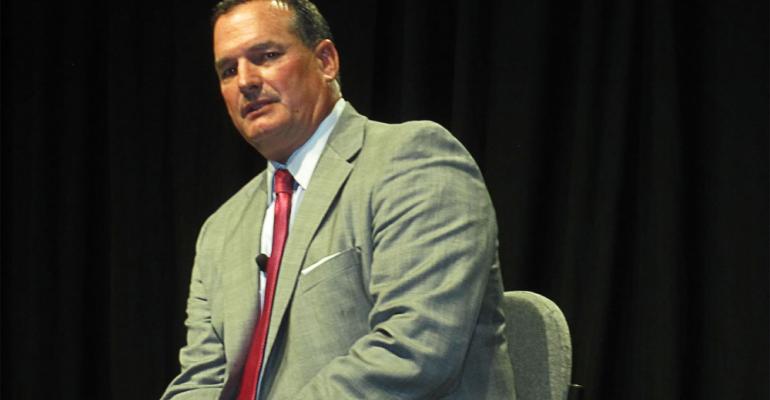 Dealerships strive to comply with widening government rules and regulations on how cars are sold and financed.&nbsp;&nbsp;&nbsp;

This is the last in a series of reports on the health of the North American auto industry.

The year 2012 has been good to auto dealers. Sales have climbed back up after bottoming out in 2009.

He describes today’s auto-retailing environment as healthy, with dealers making a profit for the first time in more than three years without relying on their service departments to do so.

Although the recovering auto industry makes dealers feel better these days, many are anxious about greater government regulations and scrutiny. Much of that stems from the Dodd-Frank Act of three years ago.

Among other things, the finance-reform legislation created the Consumer Financial Protection Bureau. Claiming they were not lenders, dealers won an exemption from the agency’s oversight.

But that reprieve was offset when the Federal Trade Commission’s jurisdiction was expanded to include greater investigative powers over dealership activities.

Dealers are trying to come up to speed with a wave of new regulations, such as the need to send adverse-action notices to customers turned down for car loans; risk-based pricing requirements detailing to customers why they received a particular loan rate; red-flag rules to combat identity theft; and the various provisions of the  Fair Credit Reporting Act.

“There was a time when we never heard of these things, and now we have to be experts on them,” says Pete DeLongchamps, vice president-financial services, manufacturer relations and public affairs at Group 1 Automotive, a Houston-based dealership chain with 109 stores.

Although some dealers complain about what they consider overregulation, they are amping up efforts to comply and keep regulators at arm’s length. One way to do that is to ax rule-breakers.

“Unless you want to erect the Great Wall around your dealership, the best protection is an effective compliance program,” says compliance expert Gil Van Over.

Sonic Automotive was among the first to do special audits of store F&I offices and require all employees to attend regular compliance training sessions. Those programs were put in place after the dealership chain was stung by a network TV show’s hidden-camera depiction of shady practices at two Sonic stores.

Group 1 hasn’t experienced the unpleasantness of a TV expose, but nevertheless  has become vigilant in rooting out dealership wrongdoers, DeLongchamps says at this year’s annual F&I Conference in Las Vegas.

“Group 1 as a public company has a lot of responsibility,” he says of the chain that sold more than 200,000 vehicles last year. “We have core values and hold people to high standards. Adherence to standards is mandatory and critical.”

Going easy on offenders in Group 1 F&I offices or anywhere else is not an option.

“If someone violates core values, off they go,” DeLongchamps says. “It is non-negotiable. We are committed to doing it the right way. One rogue employee can cause lots of problems.”

The prospect of an audit can jolt some people and business organizations. Not Group 1. “Usually an audit strikes fear, but our audit team has made us more compliant and gives meaning to our standards,” DeLongchamps says. “We see auditing as a friend. That’s a vast departure from conventional thinking.”

Group 1 has tripled its in-house auditing staff in an attempt to ensure transaction transparency and discover potential irregularities before regulators or lenders do.

A vehicle purchase requires dozens of documents. Among the things Group 1 auditors look at are general documentation, deal worksheets and credit applications. Discovered misdeeds aren’t swept under the rug.

DeLongchamps describes the chagrin of having to call a lender to say a Group 1 audit revealed the bank approved a customer’s loan was based on a tainted credit application containing fabricated proof of income.

“You hear the sound on the other end of someone falling out of a chair,” he says. “Then you get an email” stipulating dealership liability.

But the benefit of such openness is that “lenders trust us,” DeLongchamps says. “They know that with us a deal is a deal.”

Deals that are otherwise can land a retailer in court. For example, a federal judge recently ordered two Chicago-area dealerships to pay Capital One Auto Finance $722,624 for failing to repurchase contracts for 22 approved loans after it was learned credit-application information was falsified.

Capital One successfully claimed in court the dealerships knew of the untruths. One tipoff: Nearly 20% of the shady borrowers listed the same employer.

Group 1 ranks No.6 on the WardsAuto Megadealer 100 with total revenues of $6 billion in 2011. The company makes more gross profit in F&I than in any other operation, particularly the new-car sales department.

“New-vehicle sales are 50% to 55% of our revenue, but only 20% to 25% of gross profits,” DeLongchamps says, citing low margins on cars such as subcompacts.

For example, the dealer markup is $233 on the Honda Fit, $443 for the Ford Fiesta and $523 on the Nissan Versa, he says. “You spend about $300 per car on advertising, then you need to pay the salesperson. The profit can end up at zero.”

Group 1 tallied $195.8 million in F&I revenue in 2011. It’s a profitable enterprise but requires work, attention and due diligence.

For better or worse, the F&I office can attract hard-driving staffers. “We’re often dealing with alpha types,” he says. “Striking a balance is important. That’s why they have goal lines.”

Like Sonic, Group 1 requires extensive ethics and compliance training for employees. New hires must attend a webinar and test out.

“The No.1 excuse for a bad-audit issue is, ‘It was the new guy,’” DeLongchamps says. “We eliminated the new-guy excuse. If you don’t pass the webinar test, you don’t work.”

Strict rules also are vigorously enforced at Findlay Automotive Group, a 27-dealership company based in Henderson, NV, ranked No.34 on the WardsAuto Megadealer 100.

“We never think twice to get rid of employees who commit unethical behavior,” says CEO Tyler Corder. “There are no slaps on the wrist.”

Findlay extensively trains employees on compliance issues. “It’s expensive but necessary,” he says. “We want everyone to be clear on that.”

An outside firm conducts audits of each Findlay store, says Corder, citing late President Ronald Reagan’s quote on an arms-control agreement with the former Soviet Union: “Trust but verify.”

Corder spent 15 years working for General Motors Acceptance Corp. He says he learned a lot about ethics there from a mentor who told him, “We don’t have to hold a meeting to obey the law.”

Honesty should prevail because it is the right thing to do, Corder says. It irks him when a Findlay employee terminated for wrongdoing ends up working for a competing dealership.

Regulations have become more prevalent and perilous for dealers, and many of them beef about it. “But that’s not particularly productive,” Corder says. “We should work with what we have.”

A good dealer wants to make customers happy, make some money and not run afoul of the law in the process, he says.

Most dealerships have compliance programs. The foot-draggers need to get one fast, Van Over says.

Such efforts throughout the auto-retailing business are paying off. Abuses that occurred in the past are rare today, says Rick Kurtz, vice president-dealer sales for Protective Asset Protection, an F&I product provider.

“We should defend how it is now,” he says at the F&I conference. “There has been an incredible shift. Today’s transparency in selling vehicles is light years from what it once was.”