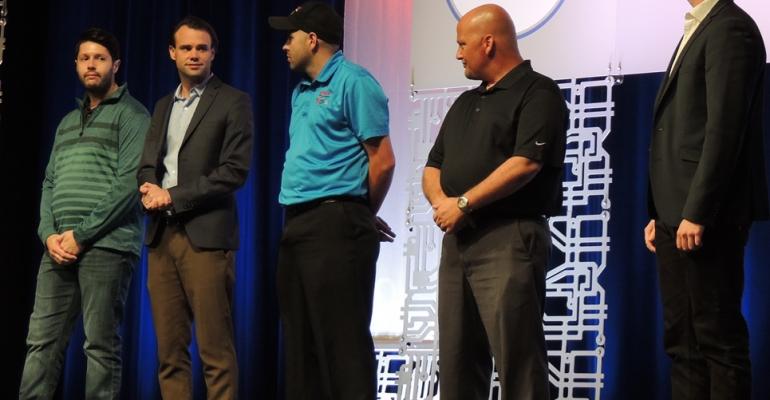 LAS VEGAS – The Street Auto Group shares its dealership website and Facebook page with charities on a rotating monthly basis.

“We pour our digital media into it, giving (organizations) a chance to advertise their events and fundraisers,” says Brad Paschal, e-commerce director of the Amarillo, TX-based group representing Volkswagen and Toyota.

The initiative has earned Street praise, goodwill – and sales. “We’ve seen a 26% increase at our VW store, and that’s with all the issues VW is facing,” Paschal says, referring to the automaker’s emission-scandal woes.

Street’s do-gooder project also earned first place in a best-dealership-idea contest at the DrivingSales Executive Summit here. A panel of judges heard five onstage presentations from five finalists, then ranked them by winner.

Street does more than just provide dealership digital space to causes. It also helps them set up their own special-events web pages and provides search-engine optimization tips.

“A lot of charities don’t have SEO expertise, so we help them out there, too.” Paschal says. “It’s not that we support everybody monetarily, but we put a lot of effort into helping them promote themselves.”

The dealership group expands its efforts by hosting in-store community events, ranging from a fundraiser for a girl with cancer to pet-adoption days.

Dealership staff picks which charity to spotlight monthly. “We survey our employees to find out what they are into,” Paschal says. “The employee engagement has been amazing.”

He credits his boss, dealer principal Joe Street, as exemplary. “He is volunteer-oriented and has been named Amarillo man of the year.”

Other contest participants and their best-idea proposals are:

As a result, the open rate is up 30%. “People are more curious if it is on Facebook,” he tells the judges. “You can get creative with art there. And with email, you run the risk of ending up in a spam folder. P.S. I don’t work for Facebook.”

Bryan Armstrong, e-commerce director at Southtowne VW in Sandy, UT, initiated a real-time video walk-around for customers who take their vehicles in for service. Mechanics do a short video of what work a vehicle may or may not need, then text it to the customer.

“It allows for messaging when the vehicle is still on the rack, and it provides transparency,” Armstrong says. “The more transparent you are, the more customers trust you.” He cites a customer’s posted social-media comment: “I love the video walkarounds.”

Derrick Woolfson of the Koons Auto Group in Maryland, came up with a way for the business-development center’s phone staff to better connect with online customers expressing an interest in buying a vehicle.

“We wanted to follow up more, so we set up a system in which customers chooses when they want to be called,” he says.

For that, Koons uses a website appointment-scheduling tool linked to its customer-relationship-management software.

“Instead of calling the same customer over and over and not getting through, we let them schedule the call,” Wolfson says. “If a customer says, ‘I want you to call at 4 p.m., that’s when we call them.”

The company hired a marketing analyst to look at, among other things, sales leads, pricing and sales conversion rates.

The goal is to make the data “actionable through collaboration,” Blaquiere says. That includes sharing analyzed data with used-car managers, discussing it and exchanging developed best practices for selling more vehicles.

Although analyzed data is important on its own, “you don’t want to spend most of your time with it, because it’s just mathematics,” he says. “You want to spend more time collaborating.”