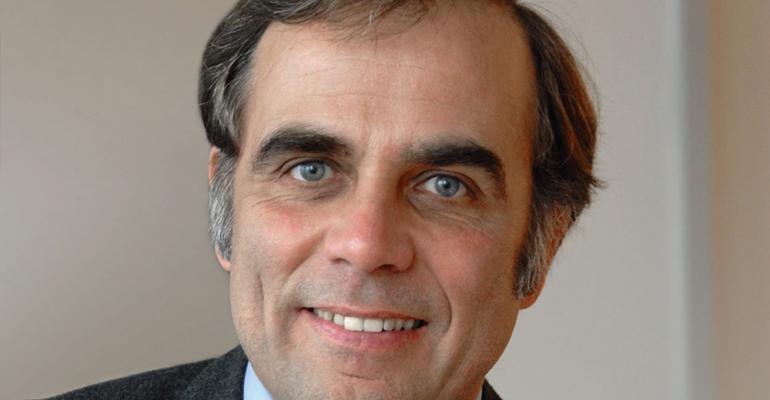 The effort to polish up the luxury automaker&rsquo;s showroom experience is spearheaded by the marque&rsquo;s &ldquo;Future Retail&rdquo; program that will see U.S. dealers collectively spend $2.5 billion over the next five years to transform and expand showroom capacity 40%.

Willisch also notes he is pushing in Germany for an expansion of the brand’s lineup with a CUV positioned above the X5 in size. But addition of such a 7-seater, which would be targeted for production in the U.S., is not likely in the near future, he adds.

“There’s room above the X5,” the North American CEO says. A bigger model “would certainly fit the U.S. market. You’re looking at a guy who has been a strong advocate of that in Germany.”

U.S. BMW dealers have scored below average in the J.D. Power Customer Satisfaction Index rankings in recent years, and improvement “has to happen this year, clearly,” Willisch says at Power’s 2014 International Automotive Roundtable.

“We made some progress two years ago, but it has dropped off again,” he notes, blaming “lack of focus,” which he later defines as insufficient training for sales staff.

The effort to polish the luxury automaker’s showroom experience is spearheaded by the marque’s “Future Retail” program that will see U.S. dealers collectively spend $2.5 billion over the next five years to upgrade, transform and expand showroom capacity 40%.

About one-third of BMW’s 329 U.S. dealers have signed up for the program, which follows an Apple-like model with “BMW Geniuses” that will help guide customers through the vehicle lineup, explain technology and assist them in selecting options in a low-pressure environment.

College grads are being recruited for the Genius positions and are paid a straight salary, rather than commission, to remove incentive for arm-twisting shoppers into buying. They are seen spending two or three years in the job, then moving on to sales positions within BMW or on to other careers, Willisch says.

Dealers who already have added Geniuses to their showrooms are reporting higher-than-average transaction prices, the executive tells reporters, because buyers tend to want more features once they are explained properly to them.

BMWNA expects about 500 Geniuses to be at U.S. showrooms by the end of this year. The positions appear popular with recent college graduates, Willisch says, pointing to recent recruitment ads in the New York area seeking sales staff and Geniuses.

A handful of dealers already have revamped their showrooms under the Future Retail plan, Willisch says, including one point in Manhattan and another in Traverse City, MI, “but right now we’re mostly in a construction phase.”

Willisch was one of five BMW executives involved with the creation of the Future Retail plan from the start five years ago, after concluding changes were needed to appeal to technology-savvy younger buyers who come well-armed with product information and don’t like high-pressure sales tactics.

“I have a 29-year-old son and he looks at things really differently,” he says. “Younger customers are attracted to our products, but they no longer accept business as usual.”

The new showroom design emphasizes digital displays that allow shoppers to explore the finer details of each model and is built around a more spacious, open floor plan.

“(Shoppers) will be able to see a 3D presentation of every car,” Willisch adds. “They will be able to view everything right down to the stitching on the seats. So (dealers) won’t need to have every car in the showroom.”

A big part of the future for both BMW and its dealers is the automaker’s new line of i-Series models designed around electric power, which 285 of the automaker’s U.S. dealers have signed on to sell. Investment in training, showroom displays and repair tooling is required to carry the electric vehicles.

The first model, the i3 city car, is due in the U.S. in May and will be offered with either a battery-electric powertrain or an optional range extender that doubles its range to 160-200 miles (129-321 km).

Willisch says he expects first-year sales to total a couple thousand units, and while he initially thought all buyers would opt for the range-extending option, early indications are that percentage will be somewhat lower.

The extended-range i8 sports car hits the U.S. midyear, and dealers are pressuring the U.S. CEO for allocation.

Ultimately the i-Series electrified models could account for 10%-15% of BMW volume, Willisch predicts, but adds, “It’s really a guessing game. The internal-combustion engine still (will rule the market) in the next 10 years.”