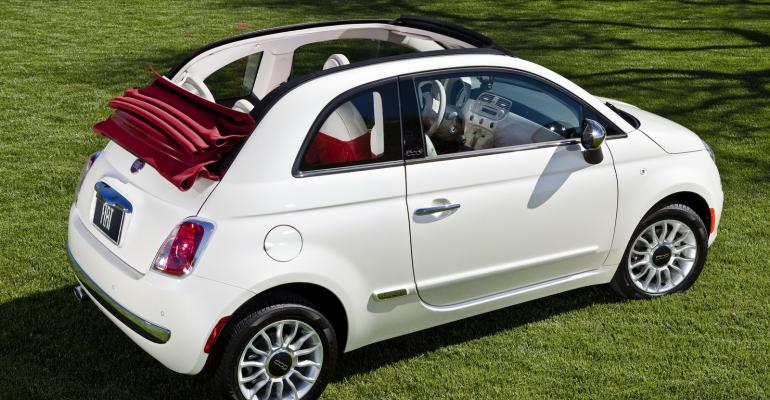 Amazon reportedly is recruiting car-sales executives and plans to headquarter the business in corporate-tax-friendly Luxembourg while eyeing the U.K. as its probable first market.

LONDON – Amazon could launch the most disruptive program in the auto-sales industry in decades by targeting the vibrant U.K. market and selling cars directly to consumers.

That’s the opinion of U.K. home-delivery specialist ParcelHero, responding to reports that after testing the market with a limited offer of Fiat Chrysler Automobiles cars in Italy, Amazon will make its first serious stab at volume sales starting in the U.K.

According to German trade magazine Automobilwoche, industry specialist Christoph Moeller has been put in charge of Amazon’s European business with automakers. Moeller tells the publication the company already is recruiting car-sales executives, and Amazon plans to headquarter the business in corporate-tax-friendly Luxembourg while eyeing the U.K. as its probable first market.

The move follows a trend by automakers responding to changing consumer habits by allowing customers to configure cars online. BMW is testing online-only sales in some markets, while Mercedes-Benz and Jaguar Land Rover have opened city stores as destination points with restaurants and bars.

“From books to consumer electronics, Amazon has completely transformed the market wherever and whatever it has launched,” says David Jinks, ParcelHero’s head of consumer research. Volume dealers “will be taking a deep breath as it accelerates into the world of car sales,” he says.

“Amazon is looking at every branch of retail. There is small wonder that it is now looking at car sales,” Jinks notes. “Amazon is already actively making loans to its marketplace traders. It may be able to offer attractive loans on new cars in the future to its Prime members, for example. Amazon is also likely to offer long-term lease cars.”

Jinks believes the U.K. would be the company’s favorite test-bed for car sales, particularly after successfully testing its own delivery arm, Amazon Logistics, in the country to perfect its one-hour Prime Now service before starting such a service in the U.S.

“Amazon trialed selling small Fiats in Italy last year with some success, but even the dinky Fiat 500 can’t be left under your doormat or in your porch,” he says. “Amazon will likely have to work with an established car distributor to deliver your new car, introducing an entirely new supply chain.”