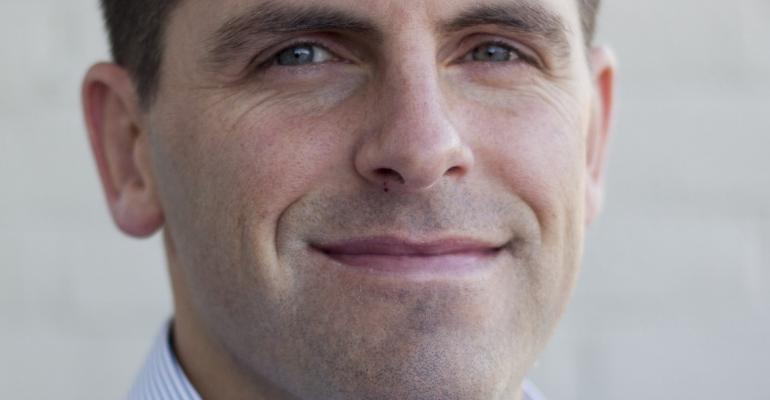 3D Printing Will Change Auto Industry, From Manufacturers to Dealers

Carlisle &amp; Company&nbsp;predicts up-and-coming technology will allow auto dealerships to make about a third of their replacement parts.

Consulting firm Carlisle & Company predicts car dealerships may someday use their own 3D printers to make auto parts onsite. That raises a variety of issues. One of them: Who would need parts suppliers?

“We got interested in 3D printing about two years ago,” says Carlisle principal Brian Crounse who studies new technologies and their potential effects. “We’ve done sessions with our clients assessing its impact. It’s an ongoing effort.”

There are various types of 3D printers that essentially are computer-controlled industrial robots. They lay down successive layers of a material to create finished products that range from small and simple to large and complex.

Crounse, a mechanical engineering graduate from the Massachusetts Institute of Technology, discusses the technology and its effect on the auto industry, including manufacturers and dealers.

Here’s an edited version of the Q&A.

WardsAuto: So where are we with 3D printing?

Crounse: It’s changing just about every day. We’ve found it’s still pretty early in terms of 3D printing directly affecting our clients. Clearly in the areas of vehicle design and prototyping, 3D printing is a very mature technology. It plays to the strengths of low fixed costs, low volume and complex parts.

But as we look at aftersales, we’re interested in printing parts or printing molds or tooling for parts. It’s still a little early. In economic restraints, 3D printing is fairly expensive. There also are concerns of comparability with conventional manufacturing techniques.

But it will come out faster than one might think.

WardsAuto: Why is that? Is it a question of explosive technology?

Crounse: On a curve ramp, things start out slowly, then reach an inflection point. You get fast penetration. Then, things tail off as you reach market saturation.

The ability for 3D printing to (mass produce auto parts) seems not in the too-near future. But that could change as the technology continues to evolve rapidly.

Something important is that 3D printing encompasses so many different technologies, each of which has different strengths, weaknesses and levels of maturity.

I just saw a printer that can print in plastic and carbon fiber. You print in metal for the strength and stiffness characteristics, but printing in metal is expensive. This machine can print a part that is just as stiff and strong for potentially a lot less money.

What Sort of Money?

WardsAuto: What amounts of money are we talking about?

Crounse: I have to be a little careful here. In general, 3D printing in metal is really expensive. It’s hard to say a dollar amount.

You’re paying for two things. There’s the cost of the machine time, and for a metal 3D printer that’s industrial-strength, that time might be a million bucks or more. So the time to print is a big factor.

Then there is the cost of materials. We printed a metal bracket part you could hold in your hand, and it was $100 or something. That’s still pretty expensive.

WardsAuto: Carlisle has predicted the installation of 3D printers at dealerships will make up to 30% of replacement parts printable onsite. What type of parts would those be? Simple ones like the bracket?

Crounse: I see 3D printing happening at or near the dealer, but it is a matter of when that will happen.

From the OEM side, it’s attractive to do, maybe not at the dealership, but at a more central location. Many parts in their inventory are slow-moving and it’s hard to predict their demand. So you devote a lot of warehouse space for those.

For the OEM, it would be nice to print to demand for those slow-moving parts. Keep maybe one on the shelf to be able to ship immediately, and then be able to print another one overnight. In those cases, you are not changing the supply chain completely, but the supply chain starts at the warehouse.

For example, in aerospace, you have these complex fuel modules. You are printing something that might have been 20 different pieces before but now is just one or two with 3D printing.

WardsAuto: How might that apply to OEMs and dealers?

Crounse: Depending on its size, an OEM might warehouse between 40,000 and 500,000 different parts. Dealers might stock 3,000 up to 20,000, if they have  wholesale operations. For plenty of those parts, it would be advantageous to be able to 3D print them.

Those would be things with funny shapes and, near-term, things that are not particularly important to performance or safety, just because there’s a familiarity curve you have to get over and because the technology has to improve.

For parts you can see because of where they are on the vehicle, currently those come off a little rough off the printer. But printers can post-process themselves. We’re starting to see that.

Who Needs a Parts Supplier?

WardsAuto: So ultimately, why would a dealer need a parts supplier if parts can be made at the dealership?

Crounse: For higher-volume parts, 3D printing will be less competitive for a long time, because of the economics. You still have to buy the printer, and they can be expensive. For really high-volume parts where the fixed costs are long since paid for, it’s probably cheaper to produce with conventional processes.

Where 3D printing is cost competitive right now is at low volumes. That’s going to continually move as printers get faster and material gets cheaper. A lot of runway is left there.

WardsAuto: What are you telling your clients to do?

Crounse: The first thing is to leverage what your organization already knows. There is 3D expertise in these organizations, but they are large businesses and people in different areas don’t necessarily talk to each other.

And definitely, you do not want to wait and see on this. This isn’t a big threat tomorrow or next month. But you can imagine the day when the question is who will have a 3D printer down the street from the dealer, World Pack (a 3D Printing company) or the OEM?

Whoever gets their foot in the door and doesn’t mess up with poor quality parts is going to have an advantage. You don’t want to get caught by surprise when an aftermarket competitor comes out with an offering that allows the printing of parts at the dealer or in a particular market.

The biggest open question we are trying to get a read on is: What is the pace at which the volume of economically competitive 3D parts grows?

WardsAuto: Again, one could envision a dealer ultimately saying to an OEM parts supplier: “Why do I need you if I can produce my own parts at the dealership?” At some point, would there even be a need for a supply chain?

Crounse: The day you can print everything you need is pretty far off if you consider the sheer variety of parts. The proportion of what parts you can cost effectively produce at the dealership today is zero. But 30% in the medium-term is viable.

WardsAuto: What sort of parts would those be?

Crounse: It’s easier to say what they are not. It’s not sheet metal or complex emission components. It’s some engine components, but not others. It’s some interior parts, like air vents.

WardsAuto: “Disruptiveness” perhaps is an overused word but does it apply here?

Crounse: Remember back in the 1980s when cell phones looked like big bricks? They were curiosities only rich people had. Now, small smartphones are so prevalent and everyone seems to have one. That seemed like it crept up on us although it was really over 20 years.

I see 3D printing in the same way. It gets a ton of hype, some of which is really overblown. But at the same time, it is going to creep up on us and be disruptive, or at least complicate our businesses. But maybe not at the time or in the manner we expect.

Crounse: If you think of 3D printing as an abstract thing, it seems like it could print everything. I think one of your questions was about printing 3D cars, which is really fascinating, but I don’t think a lot of people are going to be buying those.

WardsAuto: That wasn’t one of my questions but that’s a great question.

Crounse: If you are building low volume and you want to customize the car to each person and be able to do a new model every six months, there’s a place for 3D printing. Mass manufacturing of vehicles is pretty mature and hard to compete with. But in manufacturing, 3D printing can produce more 1-piece things that currently are built as assemblies. In that regard, you will see more 1-piece printings go into production vehicles.

WardsAuto: The ultimate presumably would be if 3D cars were built right at the dealerships.

Crounse: That would be cool, but that would come later. The company Local Motors has produced 3D cars. It has a vision of a distributed manufacturing of cars through micro-factories.

WardsAuto: Is this a viable business plan?

Crounse: I have no idea. But I don’t want to be the guy who said, “That will never happen.”