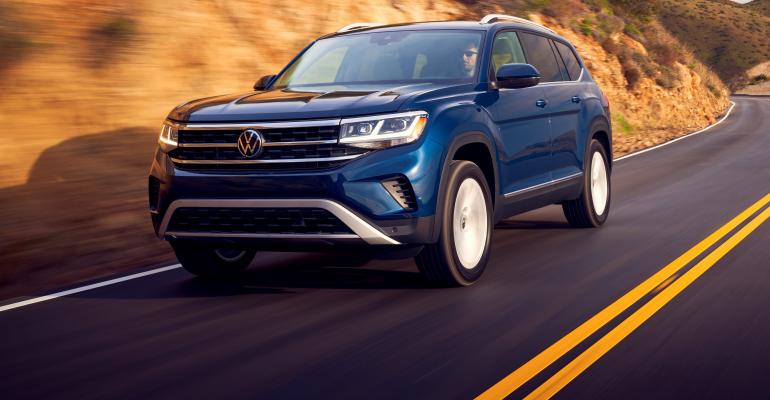 The upgraded Atlas is nearly 3 ins. (76 mm) longer, because of redone front and rear bumpers that are designed to give the vehicle a more aggressive stance.

VW was relatively late to the rollicking large-SUV party in the U.S. But since the 7-seater hit the market nearly three years ago, the Atlas has become one of the German brand’s top sellers in America, with 81,508 deliveries last year, according to Wards Intelligence.

“The Atlas has been a huge success story for Volkswagen of America, helping us to position the brand with a greater emphasis on the family-friendly SUVs that consumers are buying,” says Scott Keogh, president and CEO of Volkswagen Group of America.

He adds the new model “ups the ante with new technology and more style.”

The new Atlas is nearly 3 ins. (76 mm) longer, because of redone front and rear bumpers that are designed to give the vehicle a more aggressive stance.

Interior upgrades (pictured below) over the previous model include a new steering wheel, optional contrast stitching on the leather seats and door trim and an 8-in. (20-cm) infotainment system in all but the base model. 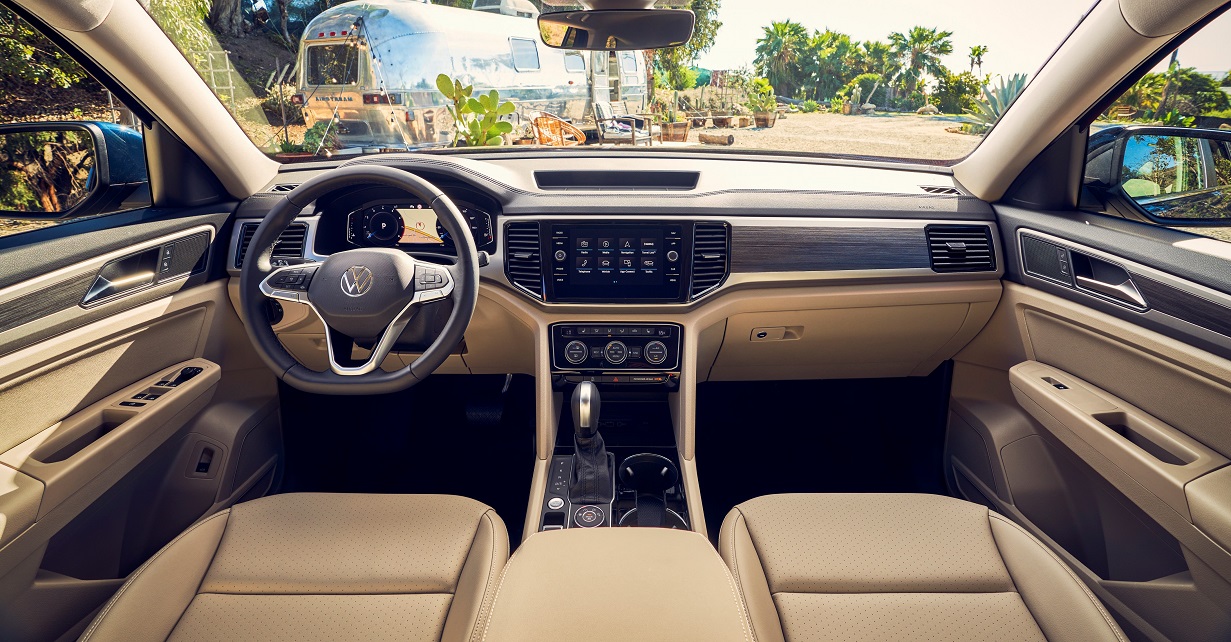 The ’21 Atlas will come with the next generation of the Car-Net telematics system, including in-car Wi-Fi capability.

Both engines are mated to an eight-speed automatic transmission and are available with Volkswagen’s 4Motion all-wheel-drive system. The 2.0L turbo and AWD pairing is new.

The base price of the current Atlas is $31,545. VW plans to announce pricing on the ’21 model closer to its spring launch.

The Atlas was the first vehicle designed, engineered and produced as part of VW’s North American regional strategy. It is built in Chattanooga, TN. 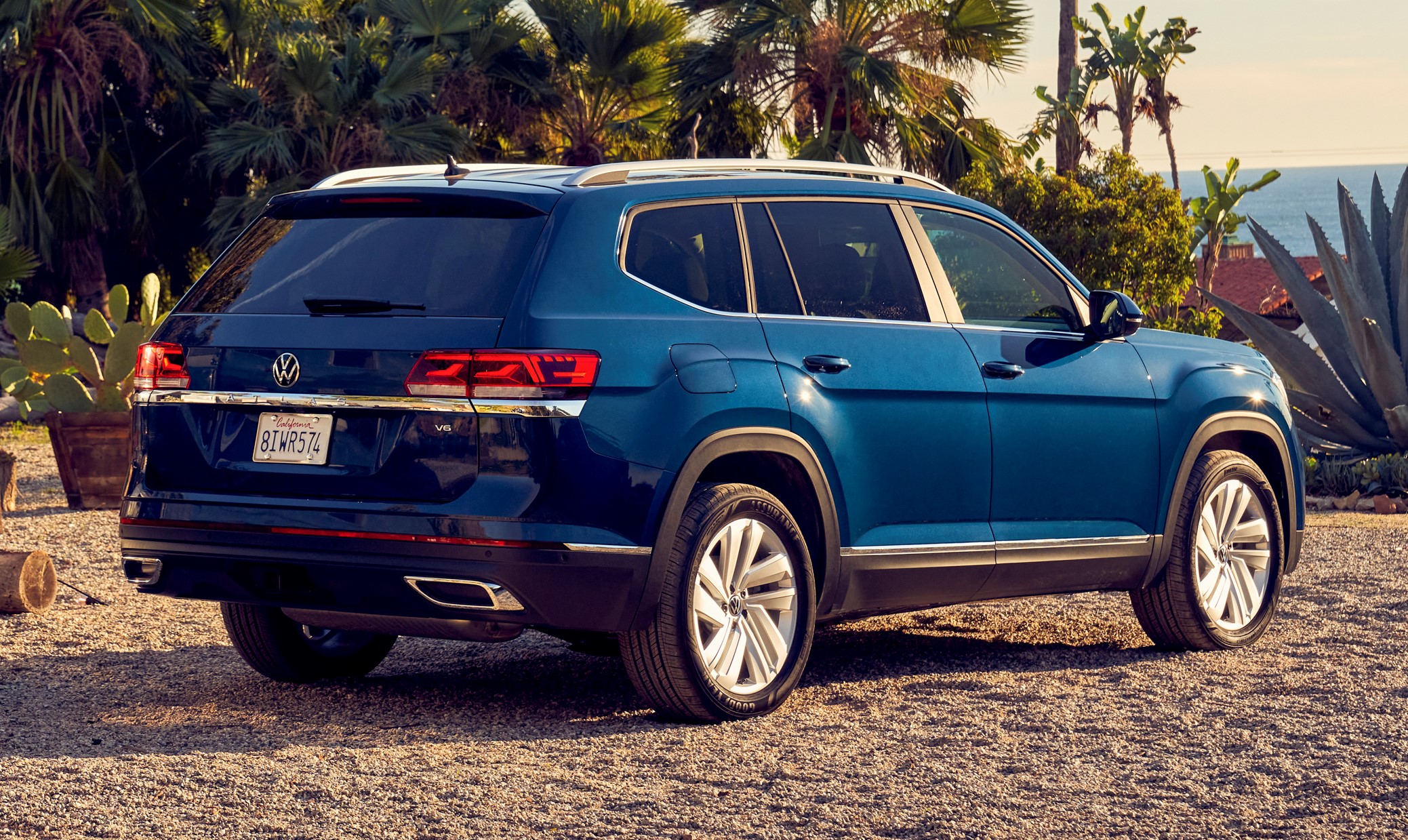