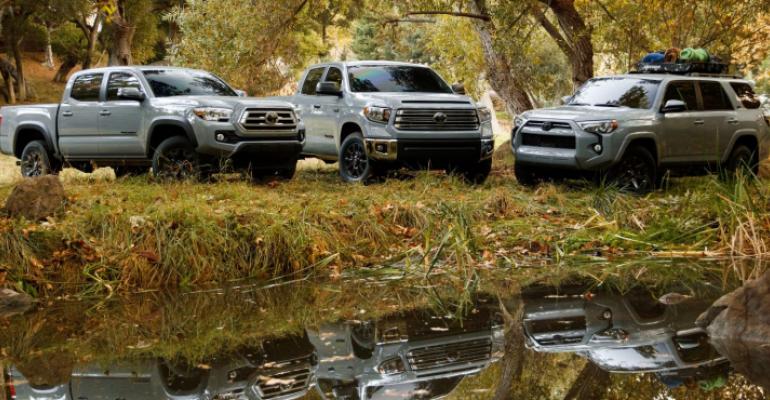 Toyota
2021 Trail Special Editions of the Toyota Tacoma, Tundra and 4Runner are due out later this year.
Industry>Chicago Auto Show

“We still believe in the car business,” he says. “We’re doubling down on that.”

But at auto show-related Toyota events, it’s all about light trucks. At an off-site reception, the automaker unveils special “Nightshade” editions of its Tundra fullsize pickup, Tacoma midsize pickup and Sequoia midsize SUV. 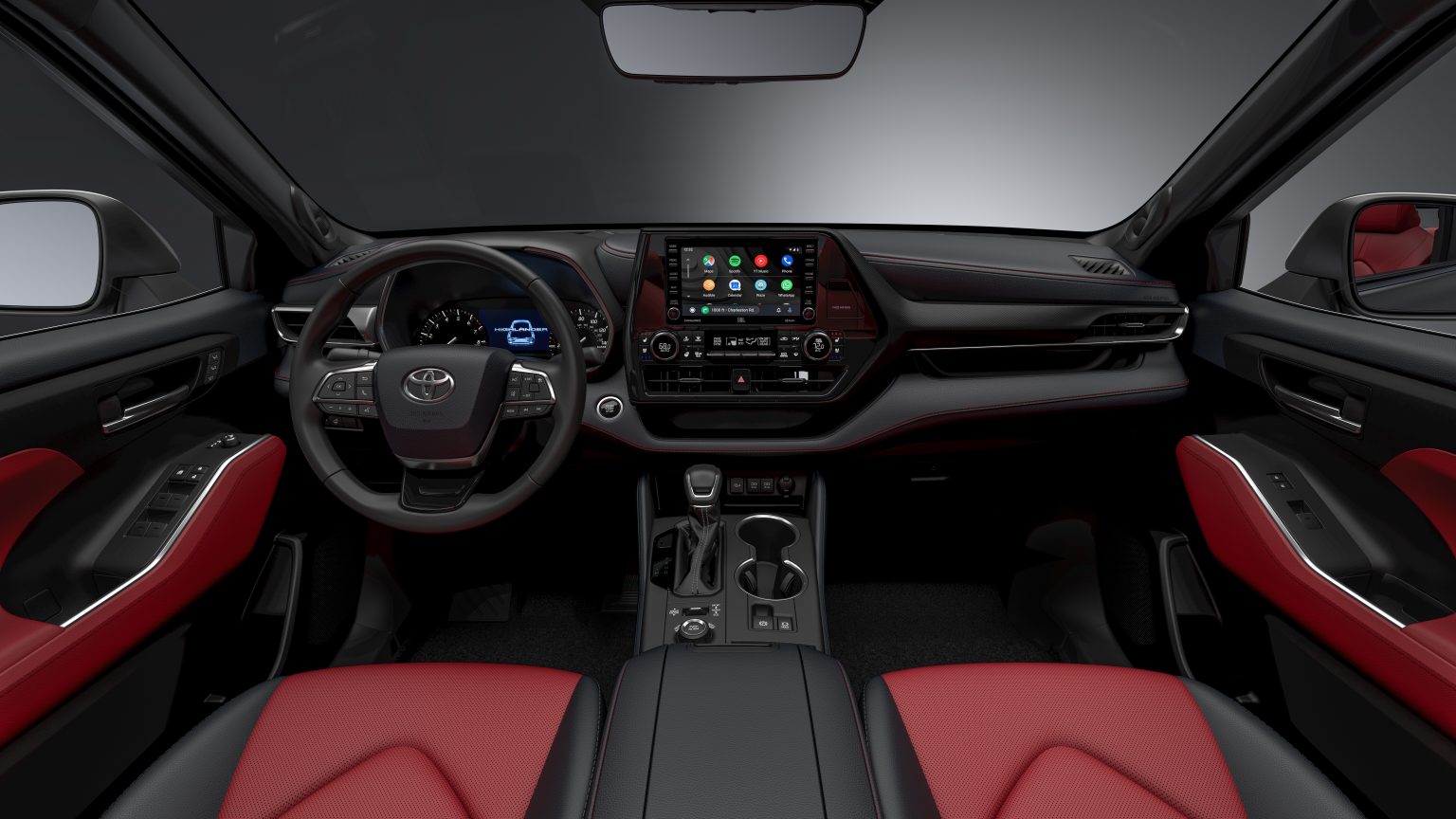 The Highlander was among the leaders of the crowded midsize CUV segment with 24 players in the U.S. last year.

If Toyota is doubling down on cars, it’s placing even bigger bets on its eight pickups, CUVs and SUVs as the market shifts to light trucks. Those accounted for about 70% of U.S. vehicle sales last year. Various predictions say that will increase to between 72% and 75% this year.

Still, Laukes says that in a 16 million-unit sales year (a conservative estimate considering U.S. light-vehicle sales have surpassed 17 million for five straight years), that works out to 4 million car deliveries.

General Motors, Ford and Fiat Chrysler have significantly retreated from the car market. That means less competition for the automakers – such as Toyota, Honda and Hyundai – who remain active in car segments.

“A lot of regions like cars, including California,” he says of the U.S. state with the most vehicle sales.