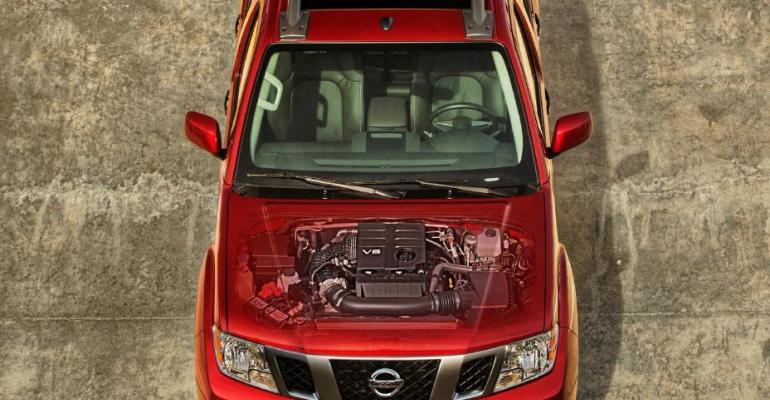 The engine will be “the heart” of the new Frontier, says Tiago Castro, Nissan’s director of commercial vehicles.

An all-new Frontier comes out next year. The ’20 model that goes on sale this year marks the last model of the current generation. To enhance its marketability, it comes with a new engine touted as its main attribute.

Ninety-three percent of the engine parts are new or redesigned. It delivers best-in-class horsepower along with improved fuel economy and emissions performance, Nissan says.

The automaker builds the Frontier at its assembly factory in Smyrna, TN, one of the highest-volume auto plants in the U.S. A plant in nearby Decherd, TN, builds the new engine as well as a 5.6L V-8 for the fullsize Nissan Titan pickup.

The V-6 will be “the heart” of the new Frontier, says Tiago Castro, Nissan’s director of commercial vehicles. He describes the vehicle as “wrapped around the engine.”

Taking its warm-up pitches in the ’20 model, the V-6 will power the next-generation Frontier, too, and serve as a big selling point. So will a 9-speed transmission to which its mated. The Frontier’s new 9-speed is similar to the one in the ’20 Titan.

Nissan sold 73,369 Frontiers last year, according to Wards Intelligence. The upcoming model was “developed with the U.S. market in mind,” Castro says.

For a while – after General Motors, Ford and then-Chrysler stopped selling midsize pickups in the U.S. – the Frontier and Toyota Tacoma had the segment to themselves.

But the domestics re-entered the market, first GM with the Chevrolet Colorado and GMC Canyon in 2014 and then Ford with the Ranger and Fiat Chrysler with the Jeep Gladiator last year.

Only the V-6 will be available on the ’20 Frontier. It replaces a 2.5L 4-cyl. engine that earned a reputation as a reliable workhorse, Castro says. 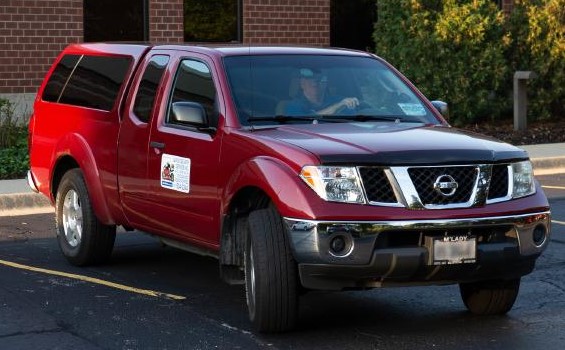 To highlight that at the media event here in a converted building that once housed the Chicago Defender, an African-American newspaper, the displayed ’20 model is positioned next to a 12-year-old Frontier owned by Brian Murphy of Ringwood, IL, a deliveryman who racked up 1 million miles (1.6 million km) in it. (Brian Murphy's million-mile Frontier, left)

Castro introduces Murphy at the event. On the road for 12 to 14 hours a day, he drove the vehicle more than 800,000 miles (1.3 million km) before replacing the manual 5-speed clutch. He describes his most unusual delivery as a wheel of cheese weighing 200 lbs. (90.7 kg).

To commemorate Murphy’s million-mile milestone, Castro says Nissan will give him a new Frontier when the ’20 model goes on sale.

“I never imagined I’d be given a new truck, especially since my Frontier is still running strong,” Murphy says, adding, “I guess I’ll have to find another way to exercise now that I’ll have an automatic transmission and power windows.”

For regular maintenance, the truck has been serviced at M’Lady Nissan in Crystal Lake, IL, the dealership where Murphy purchased the vehicle new in June 2007.