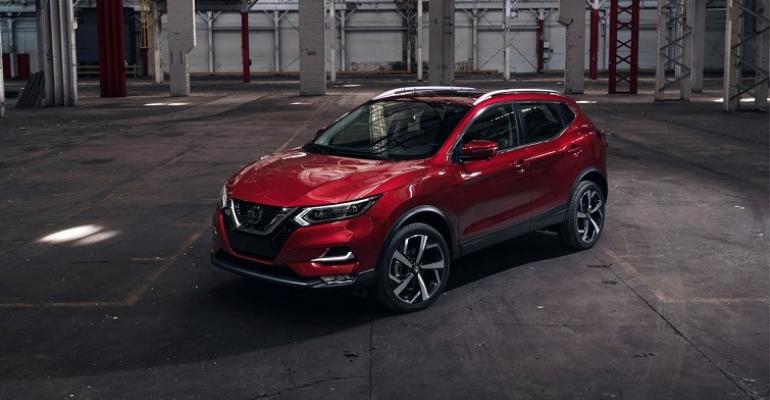 “We’re trying to bring it to the masses,” Nissan North America’s Scott Shirley says of safety features finding their way into mainstream vehicles.

Safety sells, but it also costs.

That puts automakers in a delicate position of putting advanced safety technology on more vehicles (in part because of customer demand) while also keeping an eye on affordability.

In the past, only premium vehicles came with cutting-edge safety and driver-assist systems. Now, they are working their way into mainstream models.

Safety Shield 360, a combination of six advanced active-safety and driver-assist technologies, will be standard equipment on Nissan’s top-selling models by 2021, representing more than 1 million vehicles annually.

Safety Shield 360 includes front, side and rear sensing technologies. It will first be standard equipment on SV and SL grades of the new Rogue and Rogue Sport CUVs. It also is on the all-new Altima sedan.

Shirley also cites the widening availability and apparent popularity of Nissan’s ProPILOT Assist.  Using a front radar sensor and a front-facing camera on the rearview mirror, it keeps the vehicle centered and maintains a pre-set gap with traffic in front.

“It doesn’t come without some investment, but it is a high-value proposition,” Shirley says of the safety technology.

Are dealership customers asking for it?

“ProPILOT assist definitely is bringing people in,” he says. “It’s the first such experience for a lot of people. They hear about autonomous driving, but then say it absolutely will happen when they experience ProPILOT assist.”

It’s one thing for the government to mandate a safety feature; it’s another thing for a customer to ask for it.

Yet, as vehicle costs rise (the average transaction price is about $35,000), the National Automobile Dealers Assn. cites affordability as a major issue. The trade group worries higher vehicle costs will push some people out of the market. Advanced safety systems, government-mandated or otherwise, play a role in those rising prices.

“The biggest thing for all carmakers is, these technologies are very advanced,” Shirley says. “They are hard to introduce. We’ll bring the costs down quickly. But this is advanced stuff. In my mind, it is as big an auto industry revolution as the introduction of airbags.”