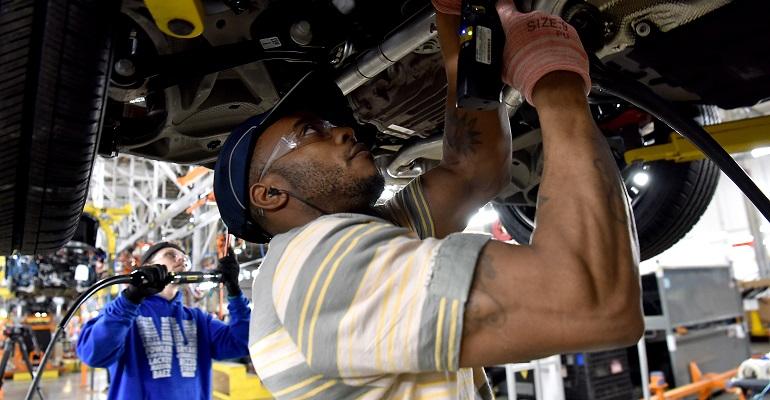 Factory improvements will include advanced manufacturing technologies such as state-of-the-art body and paint shops.

CHICAGO -- Ford says it will invest $1 billion and hire 500 new workers at its two plants here.

The assembly plant produces the Ford Explorer and all-new Lincoln Aviator SUVs as well as the Police Interceptor Utility. The latter accounts for 50% of police vehicles used in the U.S. More than 2,000 of them are in the Chicago Police Department fleet, Emanuel notes.

“It may be Ford tough but it’s Chicago tough as well,” he says, referring to one of the automaker’s taglines.

President Donald Trump has criticized automakers for importing vehicles to America. Hinrichs does not directly address that, but says, “Ford builds more vehicles in the U.S. than any other automaker.” He adds Ford employs more hourly workers in the country.

Plant improvements include advanced manufacturing technologies such as state-of-the-art body and paint shops. Hinrichs says the upgrades, beginning in March, will “transform” the plants. They collectively employ 5,800 workers. The new investment will include enhanced worker training.

Ford opened its first Chicago assembly plant on Wabash Avenue, later moving operations to a sprawling facility on the city’s east side. Chicago Assembly started building the Model T in 1924. It ranks as Ford’s longest continually operating vehicle assembly plant. The stamping plant is about 20 minutes away in Chicago Heights.