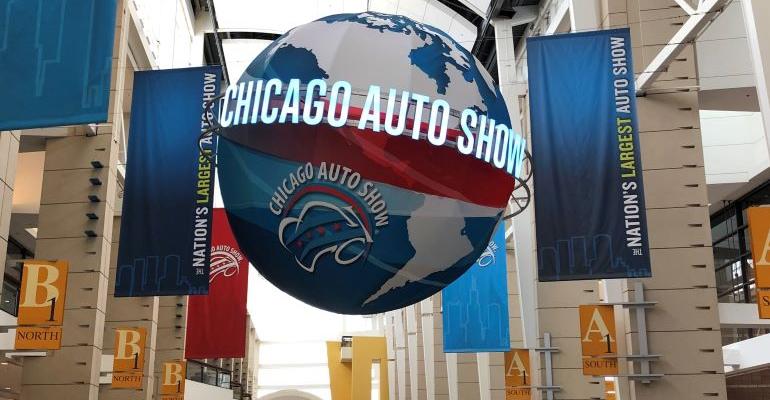 Sloan is the president of the Chicago Automotive Trade Assn., a dealer group that stages this city’s annual auto show. He questions a trade publication’s recent column that exhorted the nation’s auto shows to try new things and better engage attendees.

“That’s exactly what we are doing,” Sloan says at a media breakfast that kicks off the Chicago Auto Show’s press days.

He tells journalists, “Before you write another story about the auto show, I challenge you to spend Sunday at public days. We’re experts at engaging and exciting consumers.”

But the event will offer a host of other attractions, he says, including vehicle simulators, indoor driving tracks, outdoor test drives, games, beer tasting, DJs and a running race that aims to attract people who might not otherwise attend.

Show sponsors and exhibitors will use geofencing to follow up with attendees and point them in the direction of dealerships that stock vehicles in which they showed an interest.

The CATA bills it as the nation’s largest and best-attended auto show.

It’s also now the first big one of the year. That’s because the North American International Auto Show in Detroit this year moves from January to June.

Its sponsor, the Detroit Automobile Dealers Assn., promises a revamped show billed as an indoor-outdoor extravaganza with a summer-festival feel.

Spurring the event’s overhaul is the fact that some automakers have stopped exhibiting, citing high costs and questioning whether traditional auto shows effectively drive sales.

It remains to be seen if the redone Detroit show will win hearts or lose an audience. But Edward Laukes, a Toyota marketing chief based in Plano, TX, welcomes the new warmer-weather date.

“I’m glad I didn’t wake up in January and head for Detroit,” he says at the media breakfast in Chicago where the February weather is brisk enough.