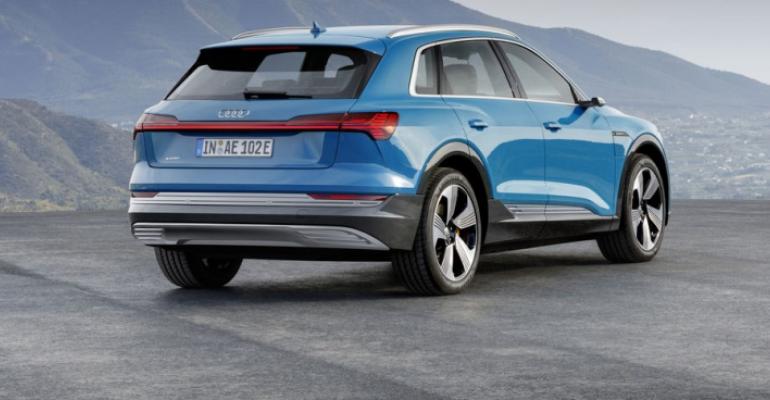 By 2025, a third of Audi’s product portfolio will be electric, says Cody Thacker, Audi of America’s head of electrification.

CHICAGO – Cody Thacker, a former U.S. Marine Corps lawyer now heading Audi of America’s ambitious electric-vehicle initiative, lays out a case as to why EVs ultimately should win the hearts and minds of consumers (and dealers).

“There is a joy of driving EVs because of their driving dynamics, quickness and quietness; it’s a more serene experience,” he tells members of the Economic Club of Chicago at a luncheon held in conjunction with the city’s annual auto show.

But he also acknowledges the challenges EVs face in today’s market. Among them: 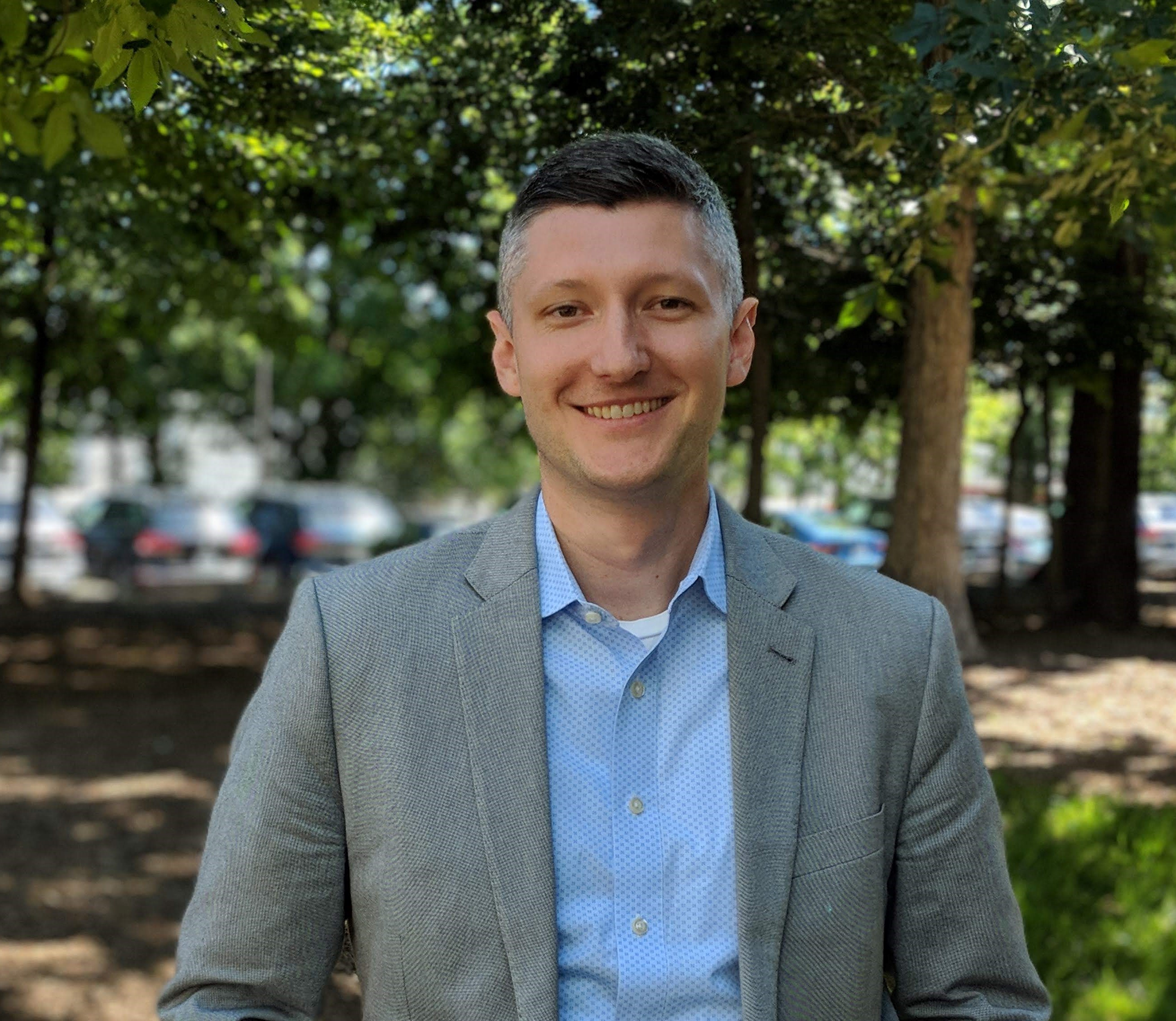 Audi is the luxury brand of German automaker Volkswagen, which has become highly committed to automotive electrification, both battery-electric vehicles and plug-in hybrids. (Cody Thacker, left)

VW once focused a lot on diesel-powered vehicles. But in 2015, it was caught falsifying diesel-emissions test results.

In the U.S., VW paid billions of dollars in fines in the so-called Dieselgate case. But the government, citing emissions concerns, also prodded VW to amp up its EV product development. In retrospect, the government might have done VW a favor, because many auto industry people now believe eco-friendly EVs are the future.

EV market share in the U.S. is only 2% now, but that’s expected to increase exponentially as automakers introduce more models and consumers warm up to them, Thacker says. “By 2025, a third of Audi’s product portfolio will be electric.”  The first Audi EV on the market is the e-tron SUV. It starts at $74,800.

Getting dealers on board is part of his job. “Two years ago, the conversations with dealers were different,” he says. “There was more pushback. Now, dealers are seeing the value. We want to get them comfortable enough to take that leap of faith. It’s something we’re all trying to figure out.”

Yet Thacker doesn’t see internal-combustion engines going away any time soon. “We have to acknowledge there are different users with different needs.”