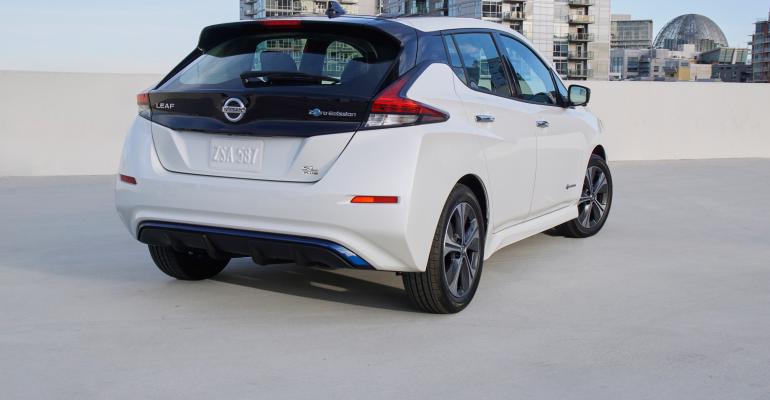 Leaf Plus gets some unique badging, but otherwise has same look as Leaf.
Technology>CES

Longer range, a torquier motor and an updated infotainment system, complete with a bigger screen and over-the-air updates, are due in the new variant.

On sale this month in Japan, this spring in the U.S. and mid-2019 in Europe, and discussed since Nissan launched the Leaf in 2010, the new longer-range version of the Leaf – named the Leaf Plus in the U.S. and Canada, the Leaf e+ overseas – can travel up to 226 miles (364 km) on a full battery thanks to a 62-kWh lithium-ion battery pack.

Although the current Leaf range is good, “We are going to extend the coverage that we have today,” Ivan Espinosa, corporate vice president-global product strategy and product planning for Nissan, tells Wards in an interview. “There are some customers, particularly those moving between cities, having a little bit longer commute, or even customers not willing to charge as frequently, who might come into this new variant.

“Of course, for the U.S. it will help us expand the overall volume of what we’re doing today.”

For the Leaf Plus, Nissan is sourcing the battery pack from its former subsidiary AESC, which supplies some but not all short-range Leaf Li-ion packs. AESC was sold to a Chinese company last year, but it maintains plants opened by Nissan, including one in Smyrna, TN, near the automaker’s vehicle assembly plant. Espinosa says all those former Nissan/AESC plants will be supplying the new long-range Leaf pack.

Espinosa says the Leaf pack’s estimated range falling a bit shy of competitors was due not only to concerns about a bigger pack taking away cargo volume, but also to a question of how much the customer is willing to pay for more range in a compact car.

“Already what we offer is pretty good for the average driver,” he says. “What we found – it’s not only packaging, there’s a price related to how much mileage you put in car. Once you go past a certain number, the value the customer will see on this extra range might not be attractive when you start putting dollars in front of (more miles of range).”

Espinosa notes the range-value equation depends on the vehicle, segment and customer, implying shorter ranges may be best for lower-cost vehicles, and vice versa.

Despite a more energy-dense battery pack, Nissan says the physical size of the 62-kWh pack in the Leaf Plus is nearly the same as the pack in the standard Leaf. The size of the car itself also is relatively the same, minus the 0.2-in. (5-mm) increase in overall vehicle height in models equipped with 16-in. wheels.

Like most longer-range BEVs, such as the Hyundai Kona and Jaguar I-Pace, the new Leaf Plus can charge faster than older BEVs, utilizing new ultra-fast Level 3 DC chargers such as those from Electrify America in the U.S. and IONITY in Europe that are rated from 150 kW to 350 kW. 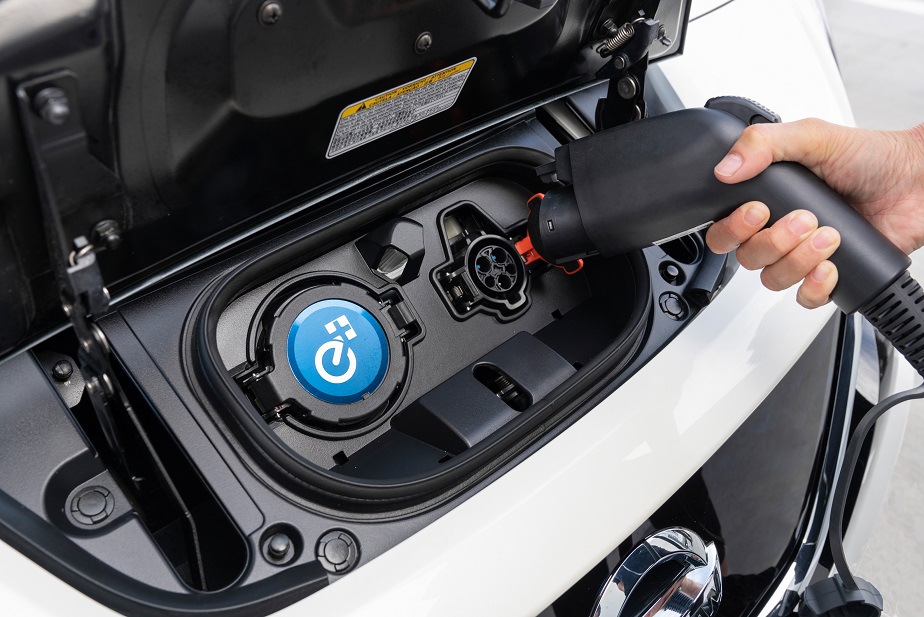 Nissan says Leaf Plus can charge up to speed of 100 kW on fast charger.

Nissan says the Leaf Plus can charge up to a speed of 100 kW on a fast charger. Like most BEVs, charging speed is dialed back to prevent the pack from overheating as it nears full, but Espinosa insists owners will see a speed of 100 kW at some point in the charging cycle.

The Leaf Plus will offer the same levels of advanced-safety systems as the shorter-range Leaf, including the automaker’s ProPilot Assist technology that combines adaptive cruise control and lane-keep assist into a single button on the steering wheel (speed still must be set as with any ACC system, however).

The Leaf Plus also offers the same e-pedal one-pedal driving system as the regular Leaf.

Inside, Nissan upgrades the car’s infotainment system by offering a larger display screen with smartphone-style swiping, scrolling and tapping functionality. Over-the-air updates of maps, firmware and applications will be possible with the push of a button, Nissan says.

The car also offers door-to-door navigation, syncing a compatible smartphone with the nav system for “seamless” walking and driving directions.

In the U.S., the Leaf Plus will be available in the same trim levels – S, SV, SL – as the shorter-range Leaf. Pricing will be announced closer to the on-sale date.

As part of a business plan ending at the close of its 2022 fiscal year, Nissan plans to offer eight BEVs and 12 electrified vehicles. It has announced a BEV CUV is due in a model based on the IMx concept. Most of the 12 EVs will use the automaker’s e-Power extended-range plug-in hybrid technology, Espinosa says.

Nissan has sold more than 380,000 Leafs globally since the car went on sale in 2010. It has a goal of selling 1 million electrified vehicles, between the Nissan and Infiniti brands, by fiscal 2022.

Espinosa calls the goal a stretch, but “achievable.”

“I wouldn’t say (selling 1 million EVs by fiscal 2022 is) going to be easy,” he says. “What we’re seeing is probably the U.S. (is) a little bit slower (in EV adoption)…in China, in Europe, the speed at which this is going is much faster – a little bit faster than we anticipated, particularly China.”