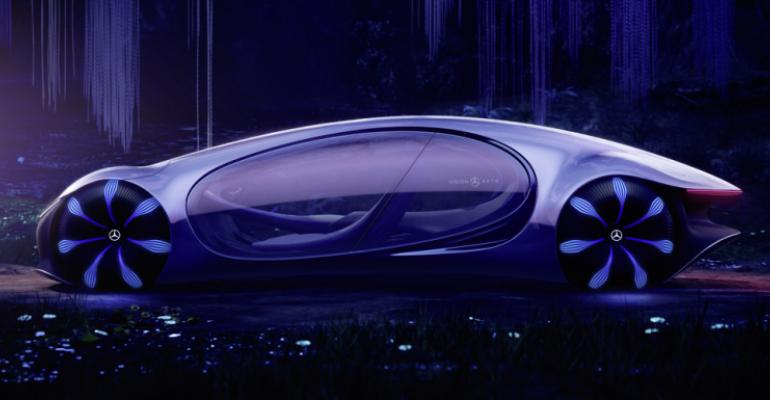 Unveiled at the 2020 CES electronics expo here, the striking four-seater was created in a collaboration between Mercedes-Benz’s global design operations and the team behind Hollywood film producer James Cameron’s movie Avatar, the 2009 science-fiction blockbuster featuring an alternative humanoid species set in the mid-22nd century.

Rather than previewing any specific upcoming Mercedes-Benz production model, the Vision AVTR sets out to combine the ideas designers, engineers and trend researchers suggest could bring about a closer interaction between humans, machines and nature in the distant future.

At the unveiling of the new concept car here Monday night, Mercedes-Benz Chairman Ola Källenius was joined by Cameron and key members of the Avatar movie team including Academy Award-winning producer Jon Landau, production designer Ben Proctor and supervising art director Aashrita Kamath – all of whom are claimed to have contributed to the show car.

The distinctive shape of the Vision AVTR shows hints of more recent Mercedes-Benz designs, including the earlier organic themes explored on the German brand’s Bionic and Biome concept cars.

Described by Mercedes-Benz’s head of advanced design Stefan Köhl as a play garden of new shapes and ideas within a human-centered design idiom, the concept is intended to portray what an S-Class might look like a hundred years from now.

“We carefully studied the vision James Cameron took with the film Avatar and applied it to our latest concept car,” Köhl says. “Human-centered design means more than containing people within an interior. We’ve taken a whole new approach. There are no straight lines anywhere. It’s all curves, with a lightness and transparency we think will play an important role in the future.” 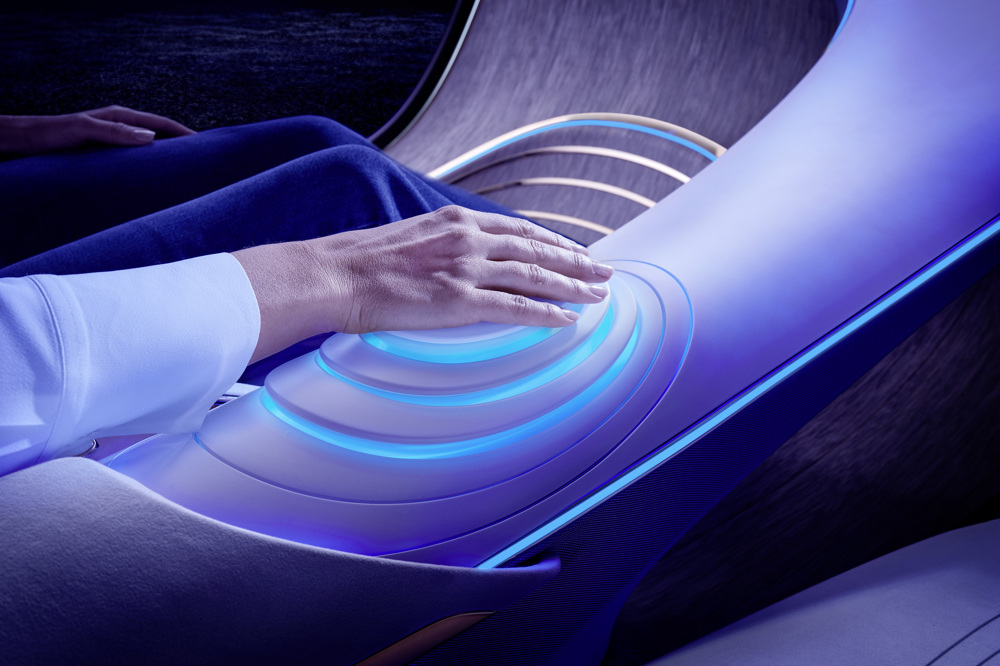 Credited with influencing the look of many of Mercedes-Benz’s more recent concepts, Köhl says Mercedes-Benz designers met with the set designers of the original Avatar movie to discuss how nature could play a more influential role in the design of future models when creating the new concept.

Among the more flamboyant elements featured on the Mercedes-Benz concept car are 33 individual bionic flaps reminiscent of reptile scales that deploy from the rear bodywork to alter the aerodynamics.

Conventional round tires also are replaced by spherical tires for increased maneuverability and less impact on the surroundings, according to Köhl.

The new concept has been conceived to move sideways at approximately 30-degrees due to its ability to drive the front and rear axles in the same or opposite direction. This so-called “crab movement” is designed to provide it with maximum agility.

Inside, the Vision AVTR sets out to integrate its occupants on a deeper level than Mercedes-Benz models of today with a new hologram based interface system that, in combination with autonomous driving technology, does away with the need for a steering wheel and traditional controls.

The occupant starts the concept car with a simple wave of the hand.

The curvaceous design of the dashboard and seats (pictured below) have been influenced by the shape of waves and flowers, says Mercedes-Benz’s head of interior design, Hartmut Sinkwitz.

To reinforce the links with nature, the digital elements of the interior are off-set with a range of natural materials, including Karuun which is created from rattan grown and harvested by hand in Indonesia.

The Vision AVTR is envisaged to run on an electric motor powered by graphene-based organic batteries free of rare earths and metals. 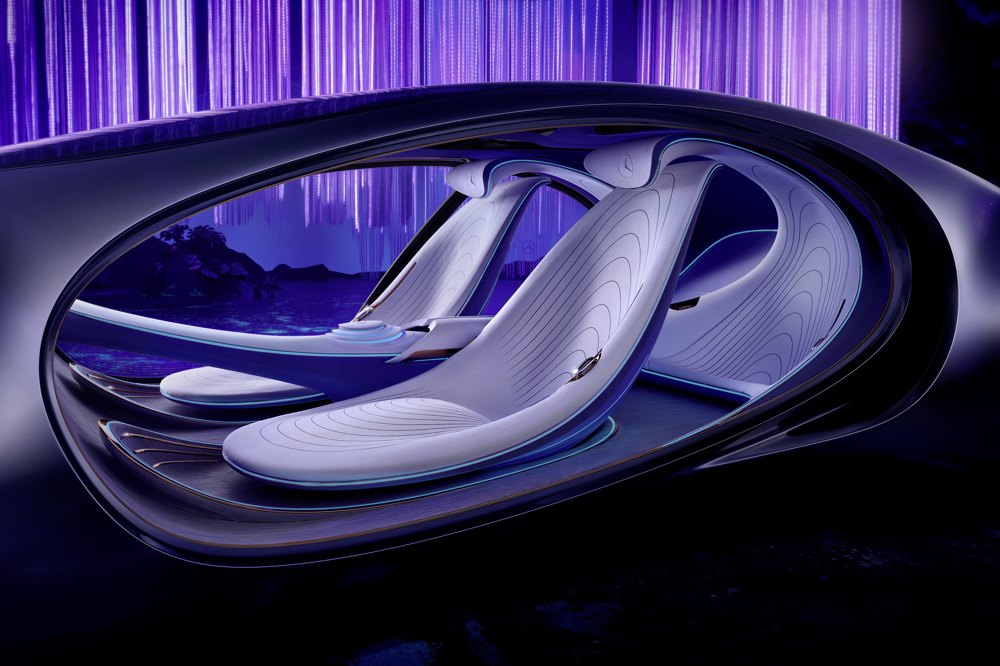