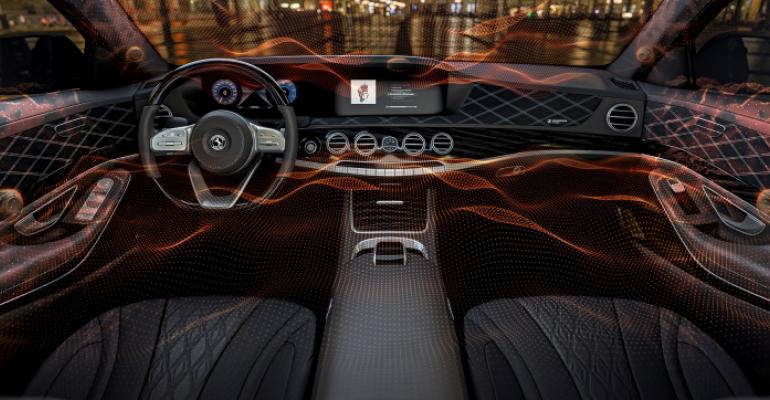 Continental
Latest concept from Continental and Sennheiser is said to reduce weight and space compared with traditional speakers by about 90%.
Vehicles

Ac2ated Sound, which replaces conventional speakers with small, lightweight actuators placed in the interior, could go into production in as little as two years once the first customer is secured, Andreas Sennheiser says.

LAS VEGAS — German supplier Continental wants to replace traditional automotive speakers by making parts of the car itself — such as the instrument panel, windshield or even pieces of the underbody — vibrate like a tuning fork.

“You turn an A-pillar, a dashboard or a front panel into an instrument,” he tells WardsAuto following a Continental press conference here at CES 2020 on Monday. “At the end, the entire car becomes an instrument.”

Continental calls the system Ac2ated Sound. To make the parts vibrate, Continental replaces a speaker with a smaller, cheaper, lighter and less-bulky electronic actuator. It does take a lot of electronic manipulation to produce just the right frequencies, Andreas Sennheiser says.

But the system works. Continental says Ac2ated Sound is scalable from entry-level to premium vehicles, depending on how many “excited surfaces” the system employs, similar to the number of speakers. Ac2ated Sound could go into production in as little as two years once the first customer is secured, Andreas Sennheiser says.

Suppliers and automakers have been experimenting with similar advanced speaker concepts for many years. In 2001 at the SAE World Congress in Detroit, NXT exhibited flat-panel loud speakers that could be hidden within headliners or door panels.

In its Ridgeline pickup, Honda uses six Panasonic exciters to convert the bed into a massive speaker – great for tailgate parties.

The latest concept from Continental and Sennheiser is said to reduce weight and space compared with traditional speakers by about 90%, which helps improve fuel efficiency. With a multitude of components, conventional audio systems can weigh up to 88 lbs. (40 kg).

At the same time, saving space frees up designers and makes room for more electronics, he says.

“Many engineers work to reduce vibration — unwanted vibration,” Andreas Sennheiser says. “Rather, there are a few people, thank God, who work to create vibrations, and make the car an instrument.” 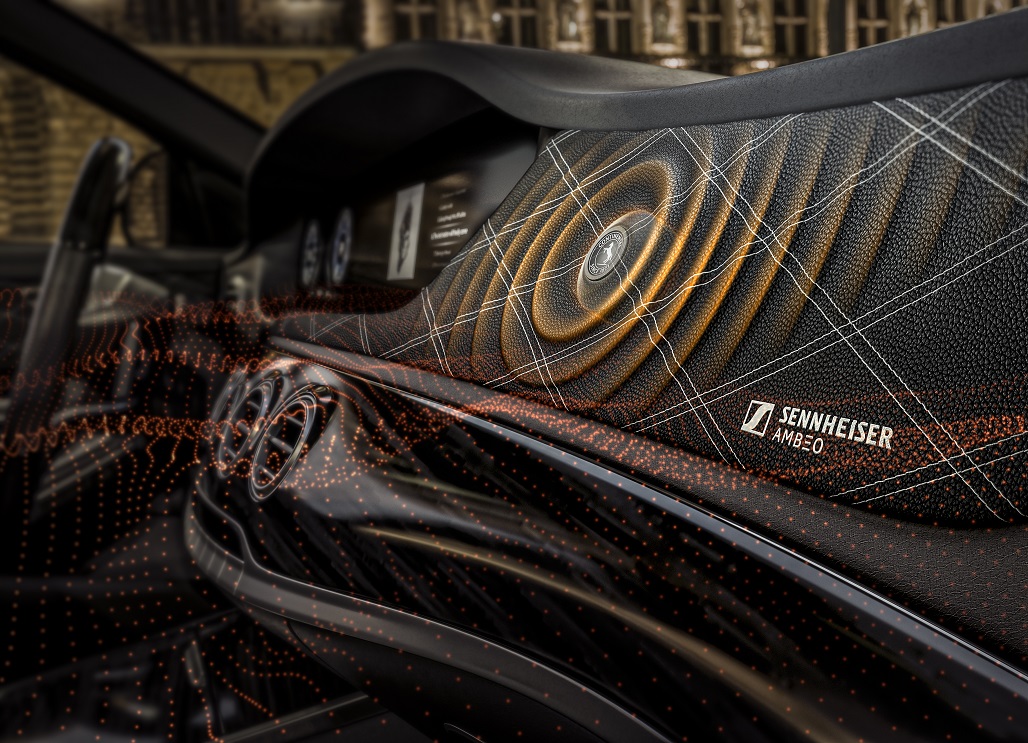