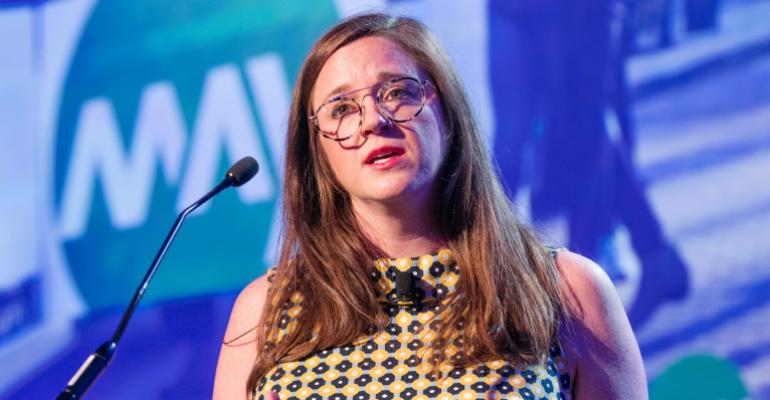 Mark Wakefield of AlixPartners estimates fewer than a dozen U.S. markets are ideal for services such as ride hailing.

TRAVERSE CITY, MI – For all the talk of shared and multi-modal mobility, experts question whether it will ever be broadly deployed in the U.S. due to the abundance of land, urban sprawl and rapid changes in urban planning.

“We ought to be realistic,” says Mark Wakefield, managing director at the corporate turnaround firm AlixPartners.

Wakefield estimates fewer than a dozen U.S. markets are ideal for services such as ride-hailing, whereas cities in Europe and Asia make a better fit because of greater urban density.

But that must change, says Alisyn Malek, co-founder and chief operating officer at autonomous-shuttle maker May Mobility. She says Americans lean toward personal vehicle ownership, while Parisians, Londoners, Beijingers and such are more oriented toward mass transit.

“Because it’s the easiest,” Malek tells the CAR Management Briefing Seminars here. Thousands of autonomous vehicles may not be the answer, either.

“The world would be a parking lot. None of us want that,” she says, adding that more infrastructure also may not be the solution. “An extra lane on the highway always seems like a good idea, but it never works.”

Alex Keros, chief of Smart Cities for Maven, the car-sharing unit of General Motors, says whichever mobility option is applied in the U.S., it must not be an inconvenience.

“We have to make sure the customer experience is enhanced,” he says, noting that urban density has not affected Maven’s operations. He cites a small town in Utah that deployed Maven to its lone train station to spur rail usage.

Ami Dotan, CEO and co-founder of the cybersecurity firm Karamba Security, says a mix of cars, bikes, scooters and rail works so well abroad because drivers in Paris and London are simply fed up with congestion.

He also suggests a generation gap exists between young people who see less of a need for personal ownership than their older peers. Assessing their rationale, Dotan says: “I just want a glass of milk. What does that have to do with a car?”

Malek says the industry should pay closer attention to urban planners, who may be painting mobility into a corner with rapidly changing building codes. Some municipalities, she offers, no longer require garage space with new residential construction as they have in the past.

“Codes are changing,” she says. “We should be paying attention. We can let it happen, or participate (and) protect multi-modal.”

Malek points to the nation’s parking garages, where May Mobility shuttles are stored and charged. Older garages were not wired to accommodate charging stations.

“Have you ever tried to get a service panel installed?” she says of the civil bureaucracy it entails. “It is a pain in the butt!”

Asked if they believe multi-modal will lead to a decline in new-vehicle sales, the panelists’ predictions range from a decrease in retail deliveries but an increase in fleet to a moderate drop accompanied by a change in automakers’ business models.