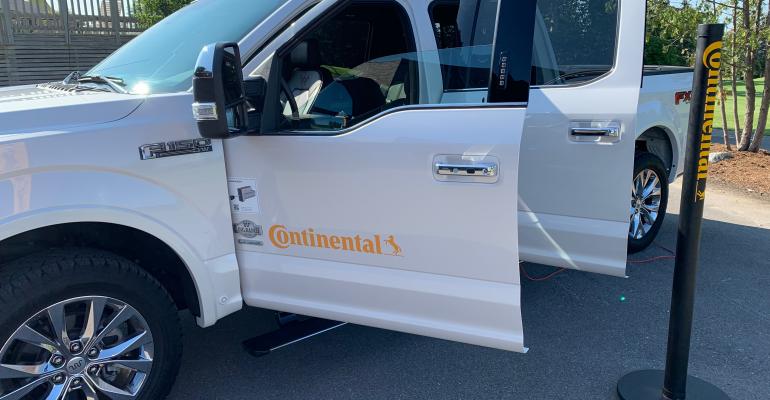 In Continental demo, doors won’t open when they detect pole or other object in the way.
Industry News

Smart Doors Are Next Big Thing

Anyone who has helped an elderly parent into a vehicle or watched a drunk stagger out of an Uber without closing the door can see the value.

TRAVERSE CITY, MI – Consumers often don’t know they really need something until they see it. It’s hard to believe, but once upon a time people didn’t think they needed heated seats, minivans with two sliding doors or car hatches that open automatically.

And, except for a few clever engineers at auto suppliers Continental, Inteva and Stabilus, no one knows how badly the world needs smart car doors.

Rapidly aging populations around the world, city streets crowded with e-scooters and bicyclists and autonomous taxis transporting elderly and intoxicated passengers all will require smart doors that can open and close automatically.

Anyone who has helped an elderly parent into a vehicle or watched a drunk stagger out of an Uber without closing the door can see the value.

Continental had two versions on display in a Ford F-150 at the CAR Management Briefing Seminars here, one for conventional vehicles and one aimed at robo-taxis.

The basic version prevents damage to a door being opened too fast or slammed shut. It also has sensors that prevent the door from hitting unseen obstacles or bicyclists.

The robo-taxi version has a phone app that recognizes the proximity of a smartphone after being signaled with a special text.

It will open the door automatically for passengers and shut it after they leave. It also can be programmed to not open too wide for passengers with shorter arms (in the case of big SUV or pickup doors).

These features could be added to conventional luxury cars as well, spokesman Vladimir Bacik says. And he emphasizes the mechanism is a lightweight pushrod-and-clutch mechanism without complicated hydraulics.

Bacik says Continental is just starting to show the technology to potential OEM customers and has not yet received any orders.