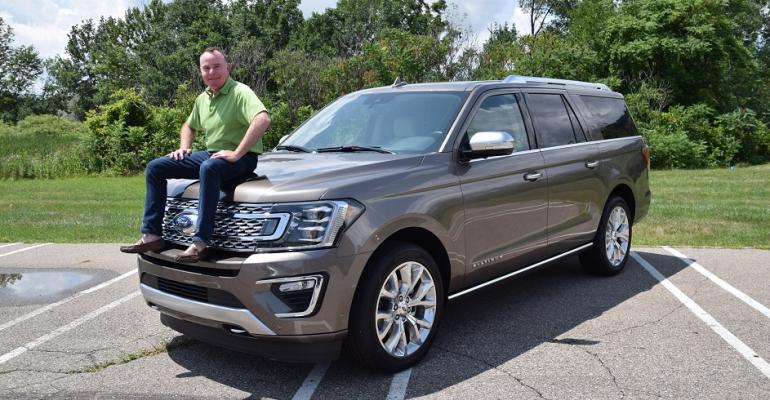 Sleeping It Off on the Road to MBS

The Expedition Platinum is a sleeper because, while it is loaded to the gills with luxury amenities, it wears a down-on-the-farm Ford blue oval badge.

TRAVERSE CITY, MI – The ’19 Ford Expedition Platinum Max is a bona fide sleeper, although perhaps not in the traditional sense.

Car folks know the sleeper, but for the uninitiated it’s a tame-looking car or truck, perhaps the most vanilla of sedans, but the owner stuffs a big V-8 under the hood to outrun less-conspicuous hot rods up and down Michigan’s famous Woodward Avenue, for instance. The gig is to catch ’em sleeping and blow their doors off.

The redesigned Expedition, mind you, has plenty of muscle from a 3.5L EcoBoost turbocharged V-6 optimized for the range-topping Platinum trim to 400 hp and 480 lb.-ft. (651 Nm) of torque. Give it a boot full of throttle at 75 mph (121 km/h) heading up I-75 to the CAR Management Briefing Seminars here and the all-aluminum, dual-injected engine roars to life and overtakes traffic with surprising ease given its 5,800-lb. (2,631-kg) curb weight.

But the Expedition Platinum is a sleeper because, while it is loaded to the gills with luxury amenities, such as heated, ventilated massaging leather seats and a massive sheet of overhead panoramic glass nearly stretching stem to stern, it wears a down-on-the-farm Ford blue oval badge.

That means a building contractor could roll up to the job site in one of these and not draw sneers of discontent from the homeowner as they might in some German luxury yacht, or even the blinged-out North American Truck of the Year Lincoln Navigator with which it shares a platform.

The Expedition Platinum is as gentlemanly an SUV as you’ll find, but without the country club pretentiousness.

Should you belong to the local Bushwood, the Expedition Platinum will carry your foursome, plus three other duffers, to the course in cosseted luxury. The truck is so spacious, in fact, third-row passengers in the stretched Max wheelbase model may need a later tee time. 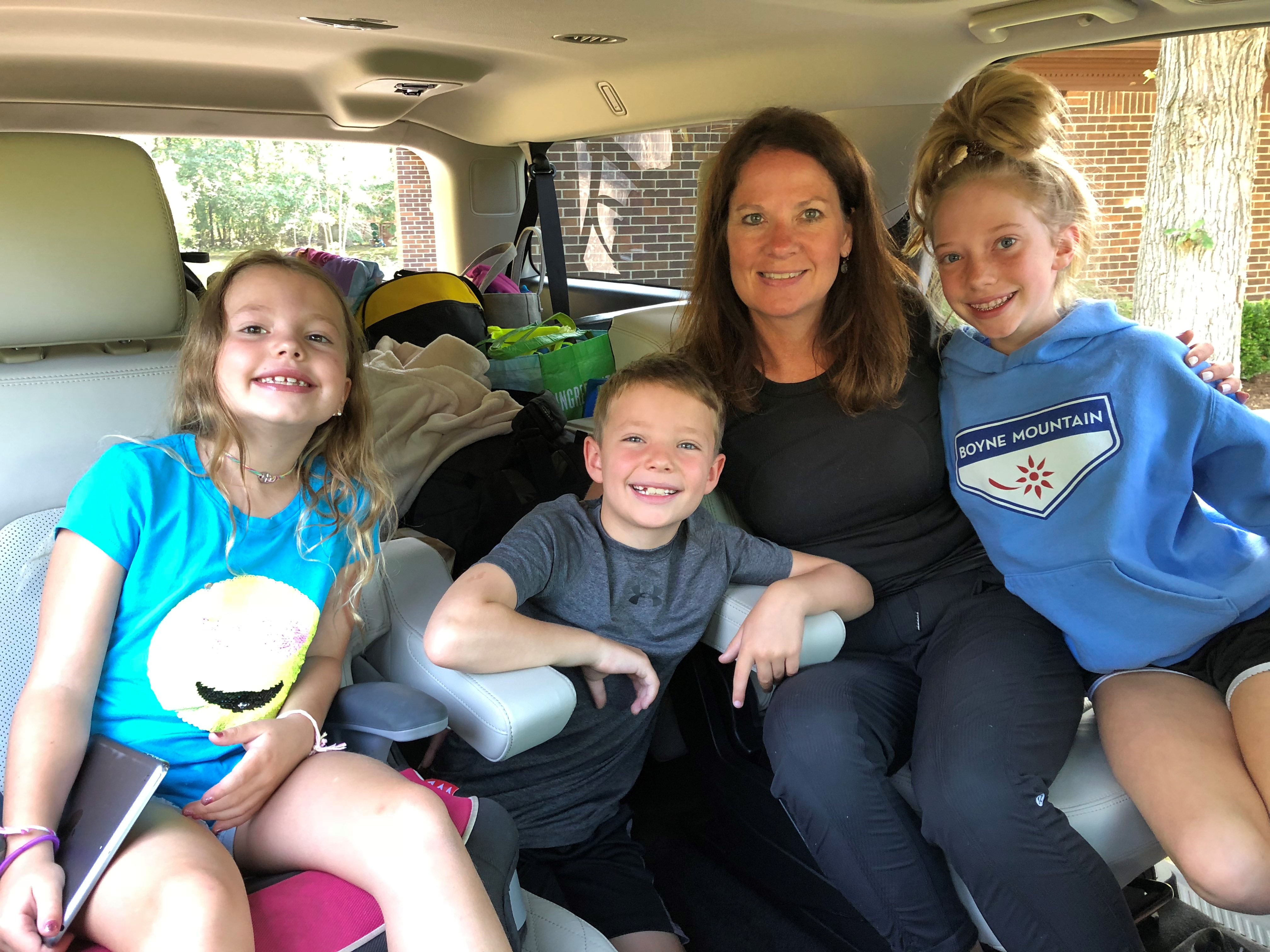 For a family of five such as mine, it is like road-tripping without leaving the living room. It took my 8-year-old son about 10 minutes before he was comfortably zonked out in the third row. My daughters, aged 13 and 6, curled up in the second-row captain’s chairs under blankets, while my wife and I upfront eased our seats back and enjoyed a massage for much of the 230-mile (370-km) journey north.

That isn’t to say everything went perfectly. I’m a bit of stickler when it comes to cupholders. There are plenty of spots to park your latte in the Expedition, but the his-and-her’s center-console cupholders up front are arranged vertically instead of horizontally. It’s done to make room for an electronic gearshift knob that sits conveniently at the driver’s fingertips, but it’s frustratingly easy to mix up drinks.

It’s a massive vehicle, too (returning 20.1 mpg [11.7 L/100 km] on our trip). However, it turns relatively tightly, and big side mirrors combine with a backup camera outfitted with rearward and overhead cameras to take away some the sweat of negotiating a crowded McDonald’s parking lot.

One more thing: The Expedition is a body-on-frame SUV and at times it can ride like one. It has an advanced independent rear suspension, but while stickering for more than $81,000 as tested there is no air-suspension option. But neither does the more-upscale Navigator and, besides, get this sucker pointed north on smooth pavement and you can drive all day, which is exactly what we did coming up from metro Detroit with energy left to hit the beach.

The Bang & Olufsen audio system sounds spectacular, even if it is playing Ariana Grande and Marshmallow to no end. Road noise is kept to a bare minimum and there is a noticeable lack of boominess in the cabin despite the two-box design. It’ll tow a beastly 9,000 lbs. (4,082 kg).

There was a time when the minivan ruled the road for family fun. But these days sliding doors are as desirable as one of the kids getting swimmer’s ear. Red-blooded American families want four doors, a commanding view of the road, lots of horses under the hood and room to move inside. The Expedition Platinum Max delivers richly on all counts, all the while smartly understated. 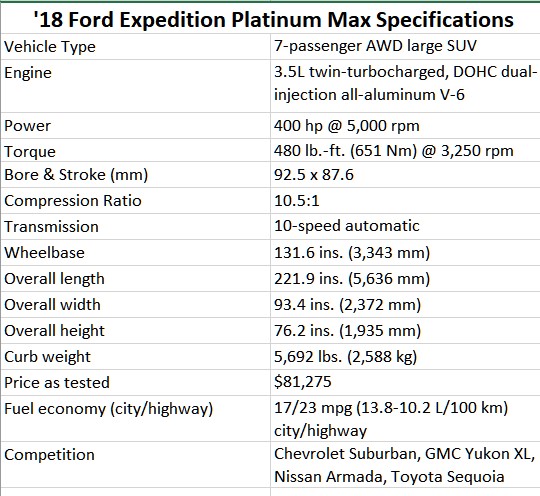