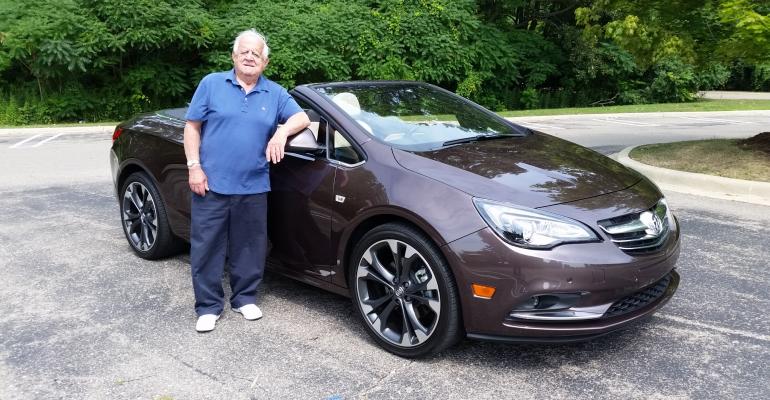 The Cascada shares little with today&rsquo;s Buicks in looks or otherwise, but it stands out on its own as a sleekly designed specialty car in a market where mainstream convertibles have become rarities.

I just drove a Cascada (pronouned Cas-CAH-da, a Spanish word meaning waterfall) from Detroit to the CAR Management Briefing Seminars here and can say my impression is closer to Phelan’s than Neil’s.

But you should consider that I’m a ragtop fan from way, way back. I’ve owned several. The Cascada was engineered and designed by General Motors’ Adam Opel subsidiary in Germany, and I once owned a Buick Opel Kadett imported to the U.S. in the 1950s and ’60s. Mine was a ’58 handed down from my sister Ellie. Judged by Buicks of the day, it was decidedly not a Buick.

The Cascada shares little with today’s Buicks in looks or otherwise, but it stands out on its own as a sleekly designed specialty car in a market where mainstream convertibles have become rarities.

It also is viewed by many as somewhat retro, but I think that’s because it has been on sale in Europe and Australia since 2013. The infotainment system, for example, does not measure up to today’s standards, showing a puzzling array of knobs and a small 7-in. (18-cm) screen.

My colleagues at WardsAuto suggest it’s the perfect car for old-timers who are less concerned about horsepower and handling, and thus the Cascada should be right up my alley. I disagree, of course. Catch me if you can, folks!

I traveled with the top down until dark clouds, a sprinkling of rain and cooler temperatures emerged around 170 miles (274 km) into the trip.

With the top down and windows up, the Cascada would delight any sun worshiper. With the top up, it’s surprisingly quiet, with barely any wind noise and only the occasional rumble of rubber from the 20-in. rims to assault your eardrums. 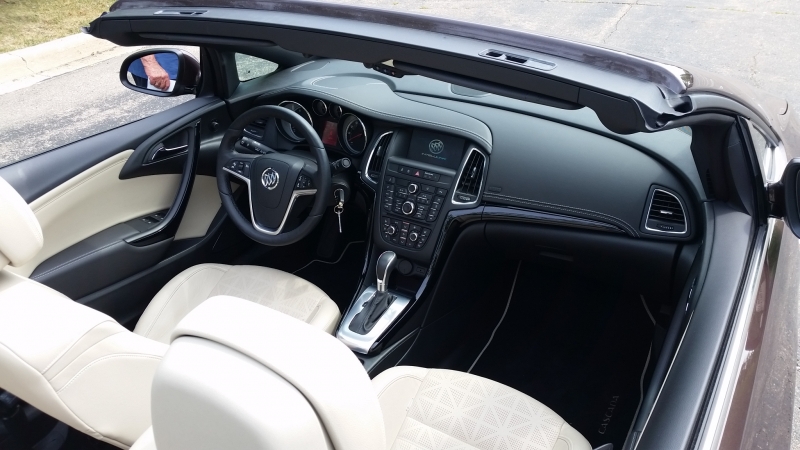 The top mechanism is insanely easy to use compared with ragtops of old. A U-shaped lever in the center console does all the work, up and down, and there are no bothersome hooks to clamp down; it simply fits flush.

Some reviewers have criticized the Cascada’s forward vision because of its rather bulky A-pillars. This doesn’t bother me at all, nor does the tiny rear window. You can see enough, given the large side mirrors and rearview camera projected above the console when backing up.

I find the Cascada’s seats to be firm but comfortable. Handling is crisp and steering effortless – just point and go.

The Cascada might well be described as a world car. It is assembled in Poland, with its 200-hp 4-cyl. engine produced in Hungary and its 6-speed automatic transmission imported from Mexico.

The car weighs just under 4,000 lbs. (1,814 kg), but 200 horses nevertheless are more than suited for some rather steep hills on the road North. I also like the auto-manual shifter, which makes for spirited driving while cycling through the six forward gears.

Along the road, curious people inquired about the Cascada. Most were not aware of it, were surprised to learn it was a Buick, and at least two said they intended to buy one.

I thought the price might scare them. “No, everything costs more these days,” said one middle-aged woman. A man driving a Ford Fusion said he planned to buy a Cascada. “It’s beautiful, just beautiful,” he said. And his name was not Mark Phelan.