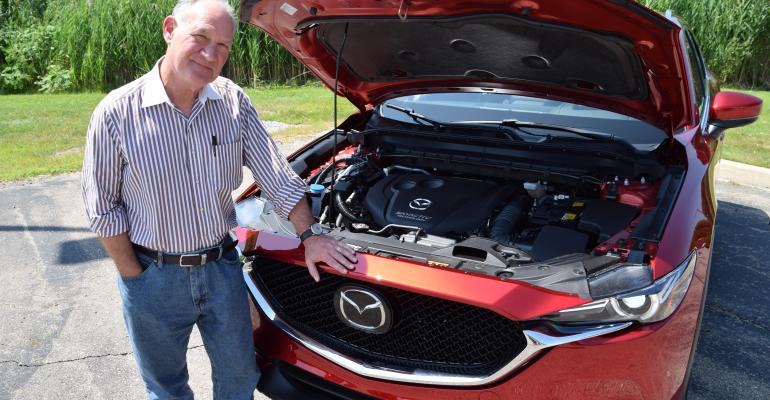 The 2.2L Skyactiv diesel 4-cyl. is a fine work of technology and runs smoothly. But it’s more expensive and less powerful than its turbocharged gasoline alternative.

TRAVERSE CITY, MI – After several years of Mazda saying it would put a diesel engine in one of its U.S.-sold vehicles, the Japanese automaker has made good on that promise.

It’s a fine work of technology, relying on a high level of computerization to make it work smoothly and burn efficiently to keep a lid on emissions. There is much to like about it.

But it’s not as if American car buyers have eagerly awaited its coming so they could flock to the dealership for one. Mazda acknowledges it doesn’t expect to sell that many CX-5 CUVs powered by the 2.2L Skyactiv diesel twin-turbo 4-cyl.

That’s not mind-boggling mileage. The departed diesel-powered Volkswagen Jetta was getting about 40 mpg (5.8 L/100 km) before the Dieselgate scandal blew up.

So the CX-5 with a diesel engine won’t necessarily appeal to consumers who are looking for a fuel-sipper. The diesel engine doesn’t improve much on the CX-5’s gasoline version and at $41,000 MSRP costs $3,000 more. The diesel’s only available in top-of-the-range Signature trim with all-wheel drive.

Instead, the diesel is aimed more at road warriors who want a reliable and durable engine, Mazda says.

Torque is adequate off the line, but it’s more than abundant in the mid-range for passing on two-lane roads through farmland on an earlier road trip, this one to Port Austin in the tip of the Michigan thumb. On that outing, thrust was readily apparent when hauling about 400 lbs. (181 kg) of composite stone in the cargo hold (pictured below). 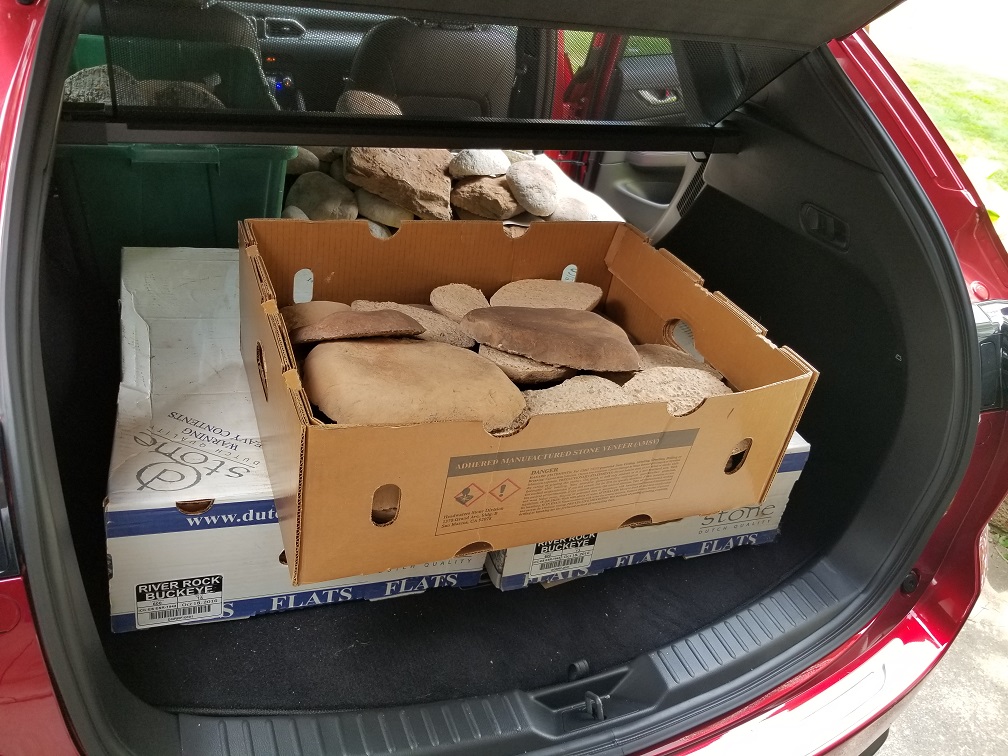 Today’s diesel engines are much quieter, more refined and less smoky than they were in the 1970s and 1980s and even the 1990s, when Volkswagen was building a core of diesel enthusiasts in the U.S.

But that all crumbled with VW’s infamous emissions-testing trickery that was exposed in 2015. The scandal led the chagrined (and heavily fined) German automaker to pull the plug on its diesels.

That left versions of the Chevrolet Equinox and Cruze as the only mainstream passenger-vehicle diesels in the U.S. But General Motors is ending those runs.

So although Mazda’s CX-5 diesel take rate is expected to be small, the automaker will just about have that U.S. automotive segment to itself. Hyundai had diesel plans, but those have been dropped.

In the U.S., diesels were in 0.1% of passenger cars sold last year, according to Wards Intelligence. The diesel take rate is higher for light trucks: 4.1%.

Mazda’s 2.2L hums along on the highway, and occupants wouldn’t know it’s a diesel. There are mild clacking sounds as it idles and accelerates from a standstill. Some consumers consider the clacking as undesirable; others accept it as a diesel characteristic.

The engine is well suited for a CUV like the CX-5. We tested one of its rivals, the Chevrolet Equinox with a smaller 1.6L turbo-4 for the 2018 Wards 10 Best Engines competition.

The Equinox diesel achieved 35 mpg (6.7 L/100 km) during that testing – impressive for a midsize CUV. But that engine was loud and grumbly at startup and caused persistent vibrations in the steering wheel, shifter and pedals.

Mazda needed this engine in the U.S. years ago when diesel was more popular, when gasoline engines were less efficient and before VW sullied the market.

The challenge will be convincing Mazda shoppers that the 2.2L Skyactiv diesel is worth the investment. 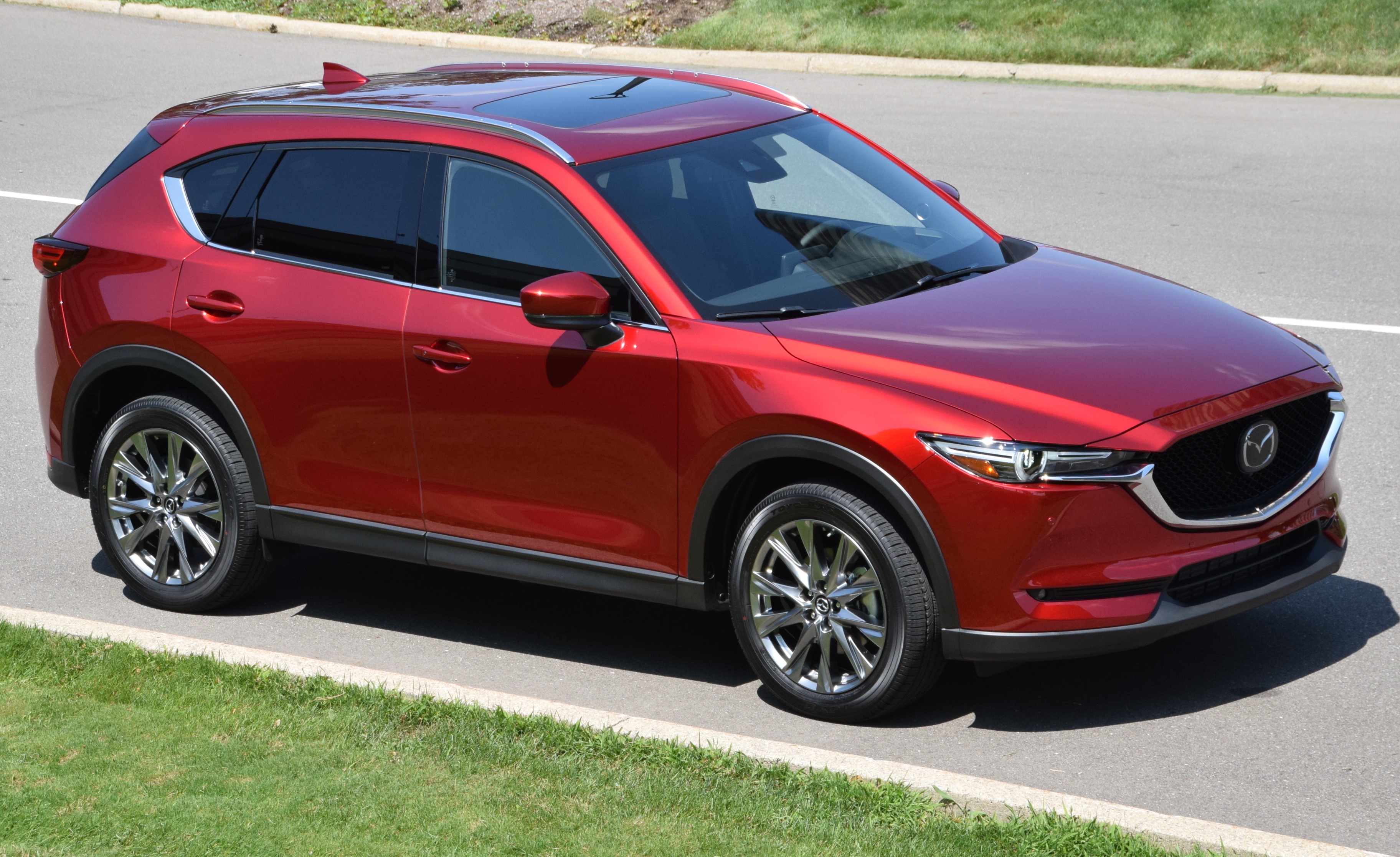