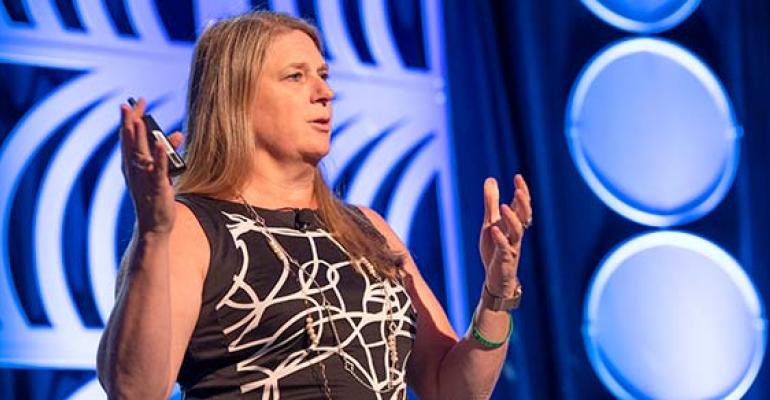 Workers who learn to learn, then unlearn and relearn will find the most success in modern work environments, says Kerry Brown of SAP.

TRAVERSE CITY, MI – No traditional automakers or auto suppliers made Fortune’s list of the 100 best places to work last year. Yet plenty of technology companies, especially those from Silicon Valley, landed on the list, often ranking high.

Experts here discuss what the auto industry can do to create better workplaces that attract and retain top talent, including tech-oriented people.

“We as leaders need to get out ahead of this,” Bradd Craver, Deloitte’s U.S. automotive human capital leader, says at the Center for Automotive Research’s annual Management Briefing Seminars.

A conference session survey asks audience members what they think is the main barrier – real or perceived – that’s preventing auto-related companies from being considered “a best place to work.”

Compiled via the conference app, here are the audience polling results:

The session’s panelists offer various views and insights on how employers can attract top talent and adapt to the times.

And Generation Z is starting to make the scene. That young group is expected to comprise 24% of the worldwide workforce by next year.

“Those numbers are really significant” for organizations looking to attract new blood, says Brown. (As a Gen Xer, she quips she belongs to the Prince Charles generation: “We’ll never be king.”)

Traditionally, new hires learned how to do their job and then carried on with it.

That’s changing, Brown says. “Now it is learn to learn, then unlearn and relearn. Folks who can do that will be more successful moving forward.”

It’s up to employers to make that happen, she adds.

In considering job skills, “we’re looking at the ability to reskill, not sticking with what you arrive with today,” says Tom Ricks, senior director-culture and talent at data company Qlik. “Everyone should have the ability to learn throughout their career.”

Regarding career paths, “team members want to develop and scale up,” says Terri Von Lehmden, vice president-human resources at Toyota North America. Consequently, employers “need to double down on talent development and upscaling,” she says, adding that women will comprise 60% of the American workforce in less than 10 years.

Kara Grasso, a vice president at auto supplier Denso, says: “The new generation needs to feel they not only are doing their jobs but also are given time to spend on their pet projects.”

Much of the auto industry focuses on employee retention. But Ricks isn’t fixated on that. “The strength of bringing in new can be more powerful than keeping what you have,” he says.

For him, the key to employment success is whether staffers – from newbies to veterans – can follow an employer’s established strategies.