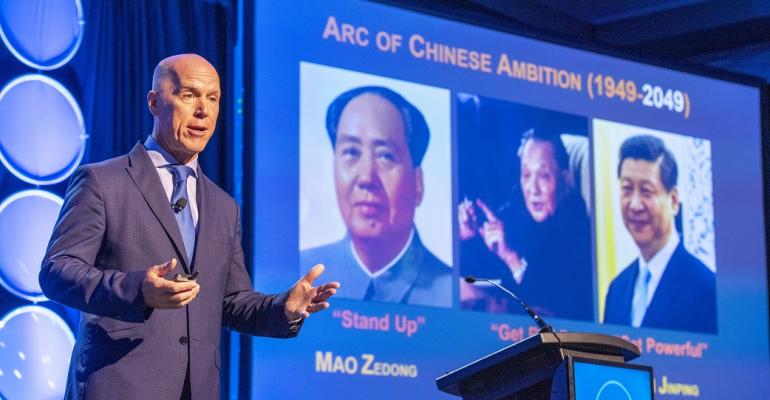 China’s demands for local partnerships and technology sharing over the years gave it economic and industrial footing, and for good reason it now feels it stands toe-to-toe with America.

TRAVERSE CITY, MI – The U.S. and China are digging in their respective heels over fair and equal trade, experts say, so do not expect a resolution between Washington and Beijing anytime soon.

“This is not a next month, next year agreement,” says Michael Dunne, CEO of the Hong Kong-based consulting firm ZoZo Go and a leading expert on China’s economy and automotive industry.

So get used to the back-and-forth over tariffs, he adds, because the rift between the two countries goes far deeper than taxes on new cars and Nikes.

“People ask me when the trade war will end,” Dunne says at the CAR Management Briefing Seminars here. “It’s not a trade war – it goes much deeper. We are going to be at it for 10-20 years with China.”

The spat is rooted in factors such as widely disparate political systems and the suspicions accompanying that difference, as well as societal mores and cultural values. Perhaps most of all, Dunne adds, the Chinese do not view Americans as the economic and industrial powerhouse they did 20 years ago when automotive executives first came courting.

China’s demands for local partnerships and technology sharing over the years gave it economic and industrial footing, and for good reason it now feels it stands toe-to-toe with America.

The Trump Admin., meanwhile, sees China’s rules for its markets as an uneven playing field and is using tariffs to level the pitch. China responds with its own tariffs and, as some believe in a violation of broader international trade agreements, have gone so far as to devalue its currency to make exports even cheaper.

“The tariffs have definitely unsettled the Chinese and put them on their back feet,” Dunne says in reference to the yuan’s recent weakness.

Speaking to automakers directly, Dunne says General Motors continues to have a strong position in China due to its early involvement in the local auto market, strong partnerships and Chinese affinity for the Buick and Cadillac brands. China is the largest market for both.

However, Dunne suggests Ford and Fiat Chrysler occupy a more tenuous position and risk getting squeezed by Chinese-built vehicles with rapidly improving quality and appeal. He says the two automakers eye mobility services as a way to solidify their standings.

China’s position as an emerging market, meanwhile, has peaked, Dunne says, and automakers should consider strengthening their position in Southeast Asian countries such as Vietnam and Taiwan. Both countries have established supply bases and have been successful markets recently for Japanese automakers.

“But we have a very fluid situation,” says Ann Wilson (pictured below, left), senior vice president-Government Affairs at the Motor Equipment Manufacturers Assn., a Washington lobbyist for parts makers. “Tariffs could be placed elsewhere.” 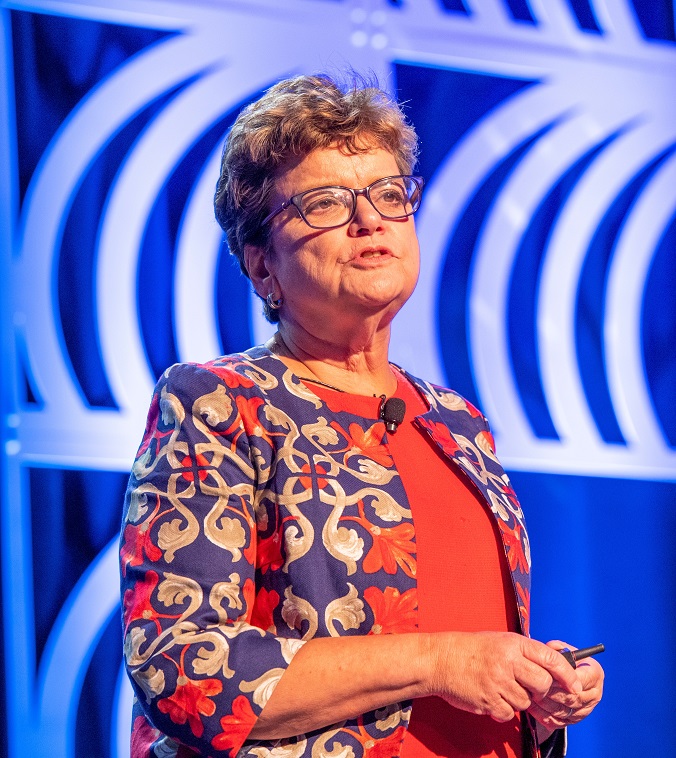 Wilson expresses optimism the new trade pact between the U.S., Canada and Mexico will soon be ratified by Congress. The U.S.-Mexico-Canada Agreement replaces the North American Free Trade Agreement, but lawmakers are not sold on every page of the deal, especially in regard to labor and environmental issues.

“It is not a quagmire – it is a state of play,” says Wilson, who expects a big push to pass USMCA between now and Nov.1. She thinks it could be ratified as early as next year.

McDaniel cites an April study of the USMCA by the U.S. International Trade Commission, an independent government agency that found the pact would spur the economy and job growth overall but increase new-vehicle costs and reduce new-car production in the U.S.

“Our own government agency says USMCA isn’t great, and it is bad for the (auto) industry,” she says.