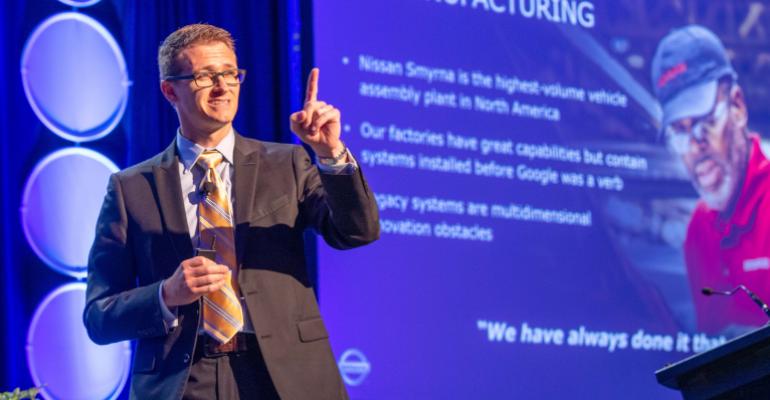 At the very extreme of the future factory is the digital industrial startup Hackrod, which combines the innovative thinking of gamers and hackers with the DIY spirit of the 1950s hot-rod culture.

TRAVERSE CITY, MI – The automotive factory of the future will be digital, connected, flexible and perhaps even virtual, although it will be staffed not only by young tech-minded employees but also a cross-generational workforce sharing their unique knowledge.

David Johnson, vice president-manufacturing engineering at Nissan North America, says legacy employees are simultaneously the automaker’s greatest enabler and hurdle to the future factory. Some have difficulty shaking the always-done-this-way mentality, yet their body of knowledge is greater than any new hire might bring.

The automaker’s sprawling Smyrna, TN, assembly plant is the largest in North America, boasts 15,000 connected devices and the flexibility to practically change product on the fly, yet legacy employees keep it from reaching its full potential.

To overcome the challenge, Johnson says the automaker is applying a digital acceleration to the future factory, where innovations come from the shop floor to a steering committee for review and, if viable, back down the chain to implementation.

“It creates a flywheel of innovation,” he says. “That gets people excited.”

But innovations often outpace their application, so Nissan created a virtual sandbox at Smyrna for employees to play with innovation. It includes a virtual reality laboratory for research into employee movement and a lab to study collaboration with robots. To diversify employee skill sets, the automaker collaborates with local universities.

Older employees are encouraged to collaborate with younger hires, too, Johnson says. A recent so-called treasure hunt with a cross-generational group on the factory floor yielded 40 ideas to improve build processes.

“We’re pulling best practices from suppliers,” he says. “They are more nimble and specialized.” 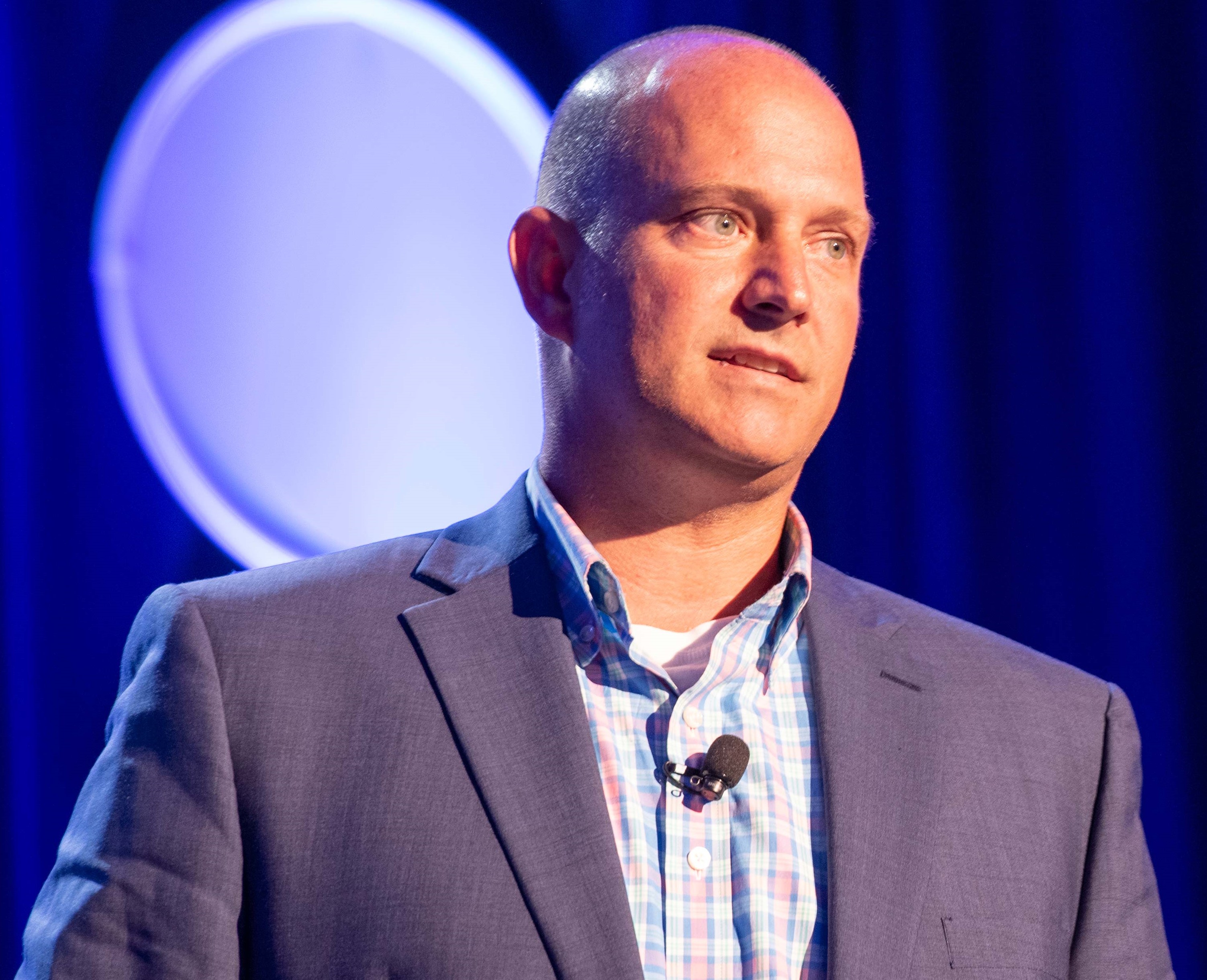 Ironically, Ford has spent the past 20 years shifting its global manufacturing from a mass-production mentality to lean, flexible manufacturing. Yet Mike Mikula (pictured above, left), chief engineer-advanced manufacturing at Ford, says CEO Jim Hackett does not want the automaker to be known as a technology company; instead, his vision is for Ford to use technology to deliver new forms of mobility and change the reputation of manufacturing.

“We’re not looking to blow it all up and do something different,” Mikula says.

That does not mean Ford lacks a vision for the future factory. In recent years it has been applying “Factory of Tomorrow” concepts and technologies, leveraging capabilities such as mass customization, modular design, the blockchain and the digital twin.

One key element, he says, is directional innovation, where employees from its 86 production facilities around the world collaborate on innovation. Engaging the employees empowers them, he suggests, to make manufacturing more appealing.

At the very extreme of the future factory is the digital industrial startup Hackrod, which combines the innovative thinking of gamers and hackers with the DIY spirit of the 1950s hot-rod culture.

The vision of Hackrod co-founder and CEO Mike “Mouse” McCoy is to combine virtual design and prototyping with artificially intelligent engineering and additive manufacturing to overcome the profitless “Valley of Death” that kills many innovations before they can get to market.

“We are going to jump those barriers of entry,” he says. 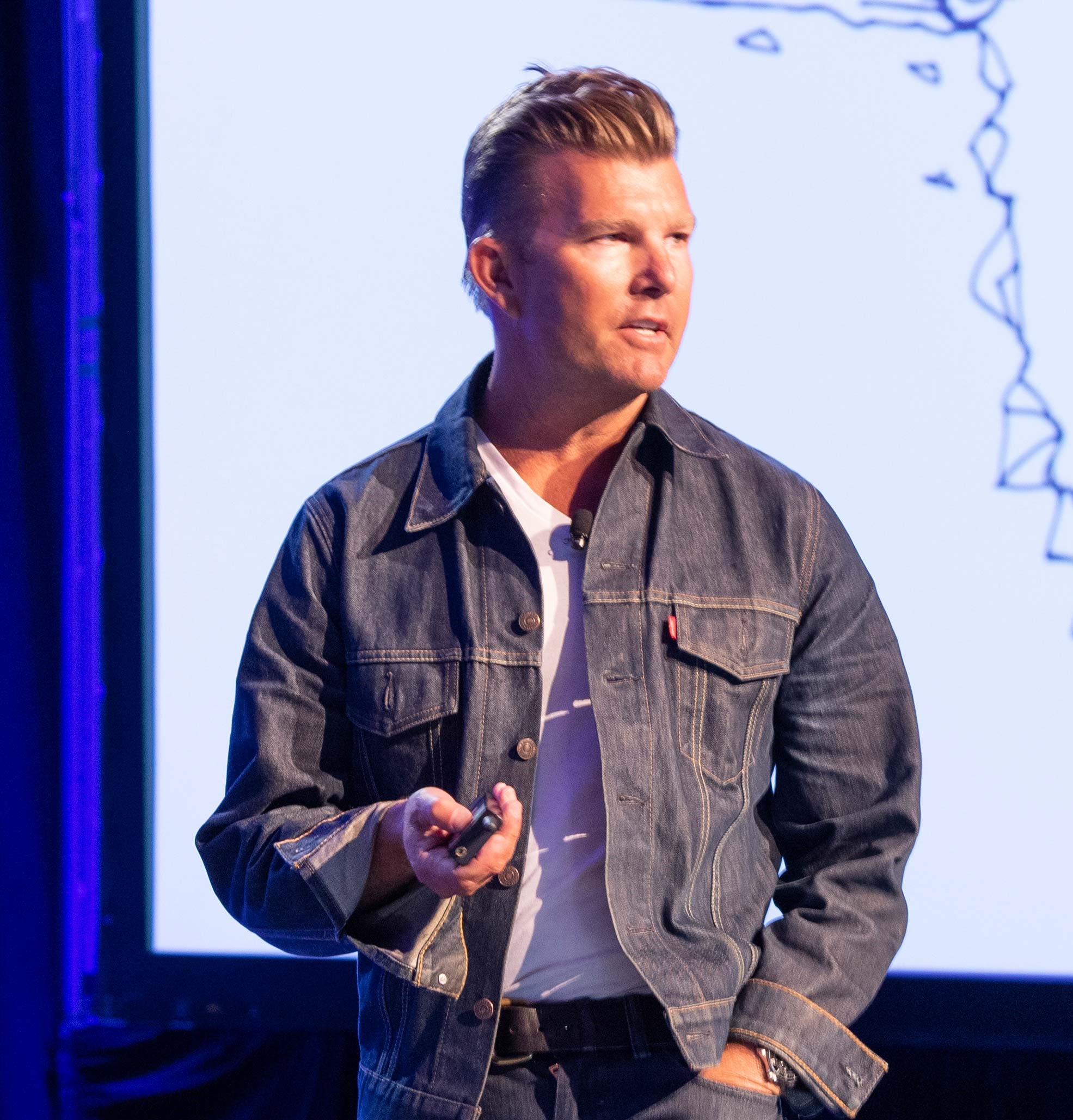 McCoy (pictured above, left) also wants to take the manufacturing process hyper-local, with the digital twin of a virtual prototype someday sent directly to the consumer for production and reduce the release of hydrocarbons from today’s distribution process.

“We gotta stop shipping molecules across the ocean,” he says. “It’s gotta stop.”